Lockdown one year on: soprano Natalya Romaniw on how Covid crushed her Butterfly 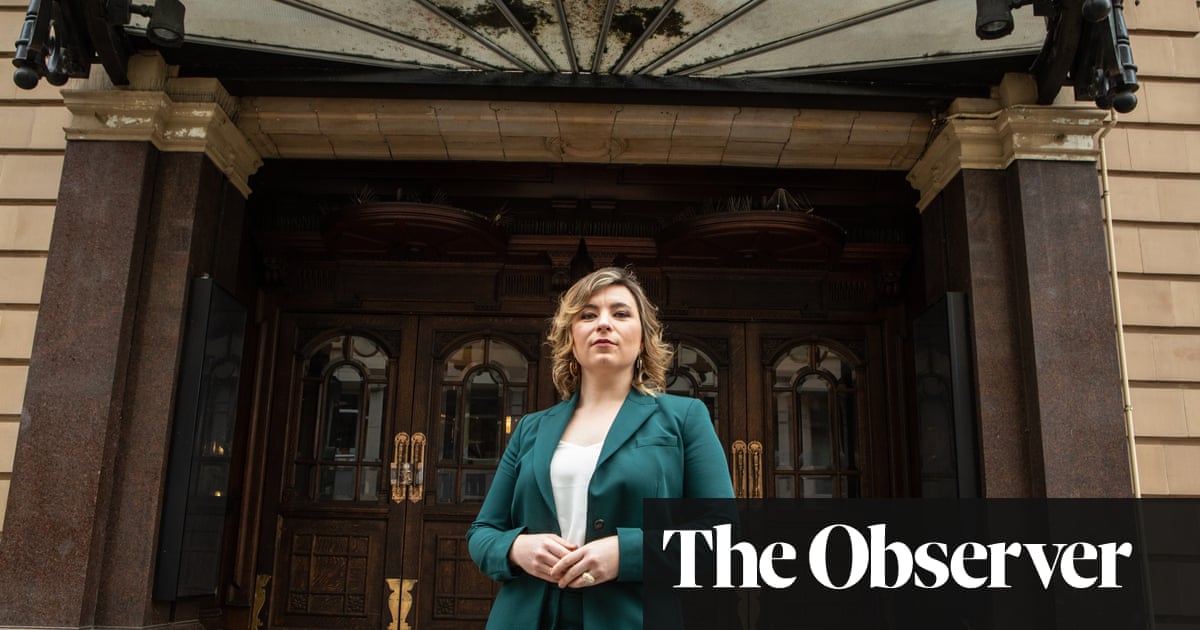 For young opera singers, there’s always a junction ahead: one way, more small roles and the hope of a break later down the line; the other, open doors and, fingers crossed, stardom. The voice has to mature, then suddenly bigger roles are possible, the career is launched. That’s why the 15-year-old heroine of Puccini’s Madama Butterfly is usually sung by a soprano at least twice her age, still regarded as a “rising star”. For any soprano, a first Butterfly is a landmark moment. The Welsh singer Natalya Romaniw was midway through her debut run at English National Opera (she had sung the role once before, as a jump-in, at Welsh National Opera) when lockdown struck last March.

“Ours was one of the last shows in the West End to close. We’d done six, with six more to come. I was getting into my stride, making the role my own. We were all a little naive at first, not believing everything would shut down. One of my cast colleagues, married to a doctor, was the only one who kept saying: ‘We’re not going to get through this’. By the last two performances, audiences had dropped off. From the stage, we could see the empty seats. In the Coliseum, the golden plaques on the back of the chairs create a reflection, where there should be bodies.”

The sense of impending doom had an oddly positive effect on Romaniw’s performance. “ENO kept us in touch daily, but no one could say when we’d close. So every night felt like the last. It had to be the best performance of your life – because who knew when the next time would be? In a way, that felt wonderful. All the usual niggles and doubts and fears flew out of the window. I sang without inhibition, cherishing every moment.” In retrospect she counts that as a “massive silver lining”. There was another, she later found out, to which we’ll return.

Butterfly closed one week before the first lockdown. “We were only told next morning, so there were no tearful farewells. ENO paid us the full amount, so I knew I could manage financially for a little while.” She had been planning to stay in London to prepare her next role, also a career-changing debut, in Rusalka, at Garsington Opera. She’d sung First Nymph and Foreign Princess in Dvořák’s opera. Now she was to star as the tragic mermaid heroine of the title. “Then that was cancelled too. Things were getting bad, in terms of the virus. I thought: ‘I need to get home urgently,’ so I packed my stuff at once and went back to my flat in Cardiff.”

Romaniw was born in Morriston, Swansea and brought up by her mother, a police officer, in early life living with her grandparents too. Her Ukrainian grandfather sang, played the accordion and sparked Romaniw’s musical interest, though even into her student years at the London Guildhall her taste was more Beyoncé and Christina Aguilera than opera, with which she was unfamiliar. “I couldn’t lie that I listened to Mozart on shuffle. I didn’t. My teacher said to me: ‘Natalya, do you even know who the top opera singers are right now?’ And I said no, I didn’t. And he said: ‘Well, you ought to’ … I guess he was trying to tell me I had a voice.” Now on the cusp of a big international career, having so far worked mainly in the UK, she has been mentioned in the same breath as the great Russian superstar Anna Netrebko. Yet for the past year, Romaniw has had to struggle to keep motivated.

“When Garsington was cancelled I thought: ‘OK, how do I survive?’ My intentions were good. For two months I worked hard. I tried to learn the role – after all, it’s all good for the memory bank. But it felt like limbo.” In April she had Covid. “Not badly, but I remember trying to sing and having a strange rasp at the end of my breath, and not being able to expand my lungs properly. What was really frustrating was that vocally, it had been going so well, it felt such a shame to stop. Then I got lazy, I couldn’t find the willpower. I live on my own and I needed to put time into keeping up with my bubble, and friends on Zoom … something to distract from the depths of misery.”

Despite all the cancellations, there were high points: Romaniw won Gramophone’s young artist of the year award and the Royal Philharmonic Society’s singer of the year title. Her first CD, Arion: Voyage of a Slavic Soul, with pianist Lada Valešová, was released. She sang in the Metropolitan Opera’s streamed gala alongside Bryn Terfel “and friends”, and appeared in a Prom with BBC National Orchestra of Wales. She also sang the leading role of Mimi in ENO’s Drive & Live staging of Puccini’s La bohème at Alexandra Palace.

“What we all really miss, as singers, is being able to be in a rehearsal space together, catch up, go off for a coffee. It was hard with social distancing, but the weather was the real nightmare – one night was cancelled because of storms, and in the performance filmed for Sky Arts there was howling wind and rain and you can see I was basically soaked through by Act 3.”

Romaniw’s personal triumph this year is to have got fit and lost weight. “I got fat in the first lockdown and thought: ‘When is this going to stop, this eating crap food and always giving myself excuses?’ So I got myself a personal trainer – on Zoom – and an app that counts calories. I feel so much better, more confident. I’ve lost a stone!” Does she want this fact broadcast? “I’ve already put it all over Instagram.” Rusalka is still on the cards. She’s singing Alice, alongside Bryn Terfel, in Verdi’s Falstaff, at Grange Park Opera in June. “And I have great faith in Wasfi Kani [who runs GPO] that it’ll happen.” ENO has just announced that she will sing the title role of Tosca in a semi-staged outdoor performance at Crystal Palace Bowl in August.

That other silver, or perhaps gold, lining referred to earlier? Peter Katona, the casting director of the Royal Opera House, was in the audience for Romaniw’s final, no-holds-barred performance of Butterfly last March. On that evidence, she’s been offered a Covent Garden debut in the 2022/23 season. She can’t yet say what it is, but it’s as big and famous and starry as opera gets.