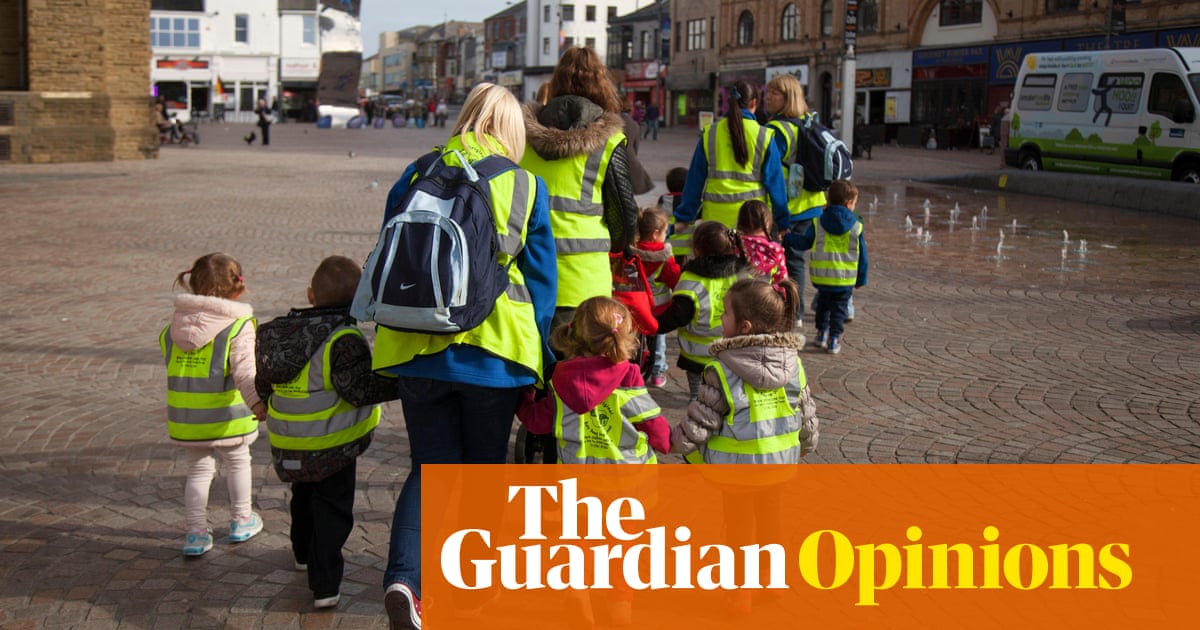 ㅏ survey of more than 20,000 working parents, coordinated by the website Mumsnet with 13 other groups, lays bare a broken system. A third of parents spend more on childcare than on their rent or mortgage (rising to almost half of black respondents). The cost of a one-year-old’s nursery place in England rose four times faster than wages between 2008 과 2016, and more than seven times faster in London. But it’s hardly as if the people changing your toddler’s nappies, or teaching them the alphabet, are getting rich as a result.

There’s no money to fix this, obviously; there’s never any money, unless of course the right people start asking. For a decade now, successive chancellors have frozen fuel tax for fear of a backlash from White Van Man, forgoing an estimated £50bn. But if Blue Collar Woman can’t afford to do her job because childcare would swallow everything she earns and then some – well, that’s different. 예, it’s welcome progress that three- and four-year-olds (plus disadvantaged two-year-olds) can now get up to 30 hours of free care a week. But there’s a worrying gap between what the state pays providers for supplying those free places and the actual cost of doing it, which means free places get harder to find and costs for younger toddlers or parents needing longer hours are pushed up to compensate. Don’t even get me started on the plight of shift workers whose jobs don’t fit neatly around nursery hours, or holiday provision for older children.

Millennial mothers are thrillingly activist by comparison with us exhausted Generation Xers. They don’t feel grateful simply to have kept their jobs after giving birth, and won’t be fobbed off with lectures about how they shouldn’t have kids they can’t afford (generally from people who are only here to say it because they were born when houses were so cheap that families only needed one salary). During lockdown, parents came to appreciate the childcare they suddenly didn’t have as never before. But for some, the money they weren’t having to spend on it was also the only thing keeping that precarious tower in the air, and returning to the office will knock it to the floor again. Are we really going to leave it there?