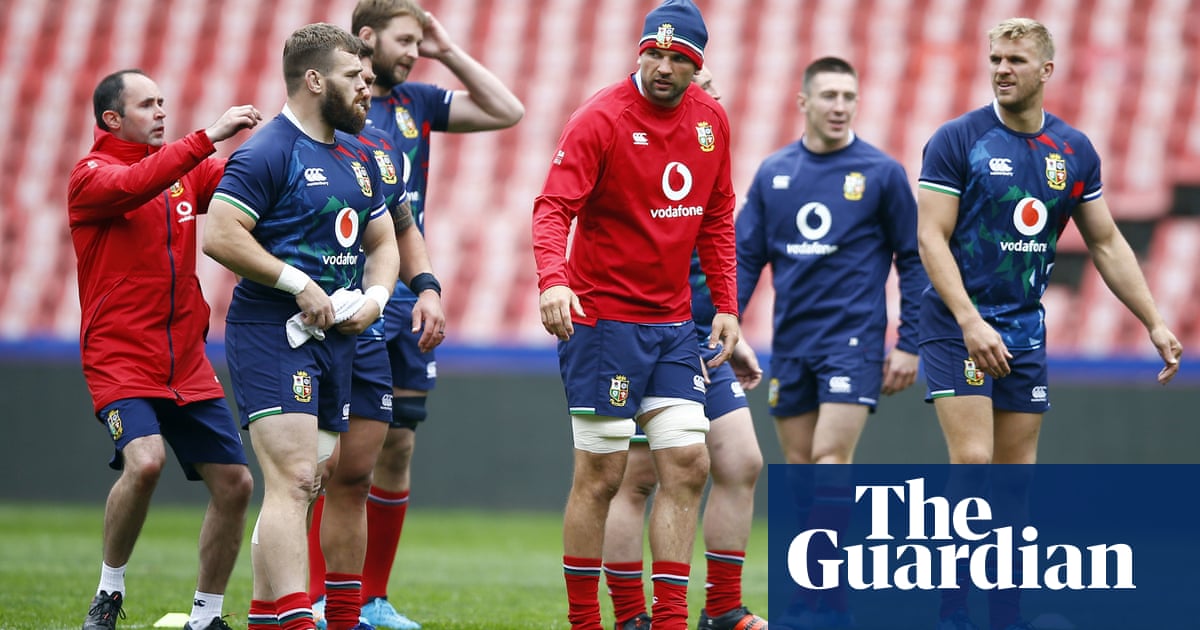 The British & Irish Lions have been hit by a positive Covid-19 test, throwing Wednesday night’s match against the Sharks into jeopardy and raising even more doubt over the remainder of the tour of South Africa.

One member of the tourists’ staff has recorded a positive result following a lateral flow test and that they and four others – including two players – have been forced into isolation. The Lions are waiting on the results of further tests before making a call on the match against the Sharks but the kick-off time has already been delayed by one hour to 7pm BST.

The announcement came shortly after confirmation that South Africa’s match against Georgia on Friday is off after Covid-19 outbreaks in both camps. The Lions match against the Bulls – scheduled to take place on Saturday – has already been postponed and there is now considerable doubt over whether the Test series against the Springboks, due to begin on 24 mes de julio, will take place.

“We have followed all necessary precautions since the start of the Tour, which included regular testing and rigorous Covid-19 counter measure planning and protocols,” said Ben Calveley, the British & Irish Lions managing director. “Our priority is to ensure the health and safety of the entire touring party, which is why we quickly isolated the players and staff upon receiving the news of the positive result.

“Everyone has subsequently been lateral flow and PCR tested. The medical advisory group await the results of the PCR testing in order to make a decision on tonight’s game. The five individuals effected will be monitored closely during isolation and receive the best possible medical attention as we await the results of their PCR tests. Further updates will follow in due course.”