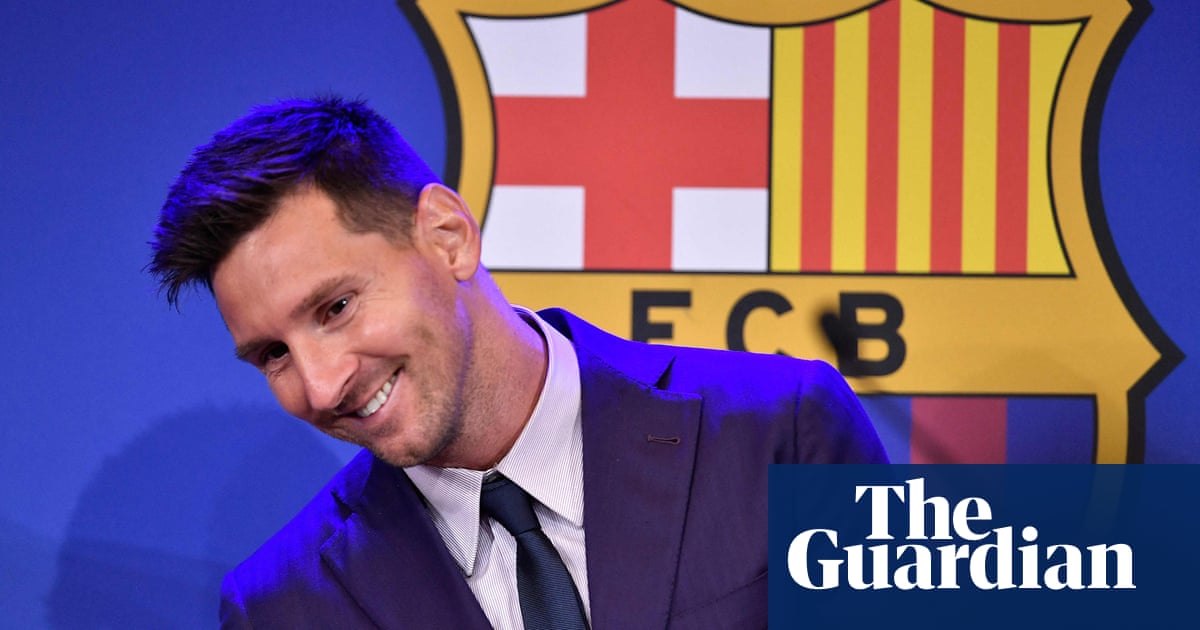 Lionel Messi has agreed a two-year contract with Paris Saint-Germain and is due to fly to France to complete the transfer. The deal includes an option to extend by a year and gives the forward a net salary of about €35m (£29.6m) with bonuses factored in.

Messi, his lawyers and his father, Jorge, have been in talks with PSG since Thursday, when the 34-year-old’s plan to stay at Barcelona collapsed because of the club’s financial situation. Messi had agreed a five-year contract with Barcelona worth about €20m a season.

The move enables Messi to link up again with Neymar, a former Barcelona teammate who has been working to convince the Argentinian to join him in Paris. Messi wept at a farewell Barcelona press conference on Sunday at which he said he had wanted to stay at the club where he has spent his whole career.

For PSG, beaten into second place in Ligue 1 by Lille last season and knocked out of the Champions League in the semi-finals by Manchester City, confirmation that Messi has accepted their offer is a major coup.

Mauricio Pochettino, who has spoken to Messi as part of the process, has already had his squad bolstered by the signings of Gianluigi Donnarumma, Achraf Hakimi, Sergio Ramos and Georginio Wijnaldum. The goalkeeper Donnarumma told Sky Italia regarding Messi: “He is the best player in the world. I am excited and happy at the thought of having him in the team.”