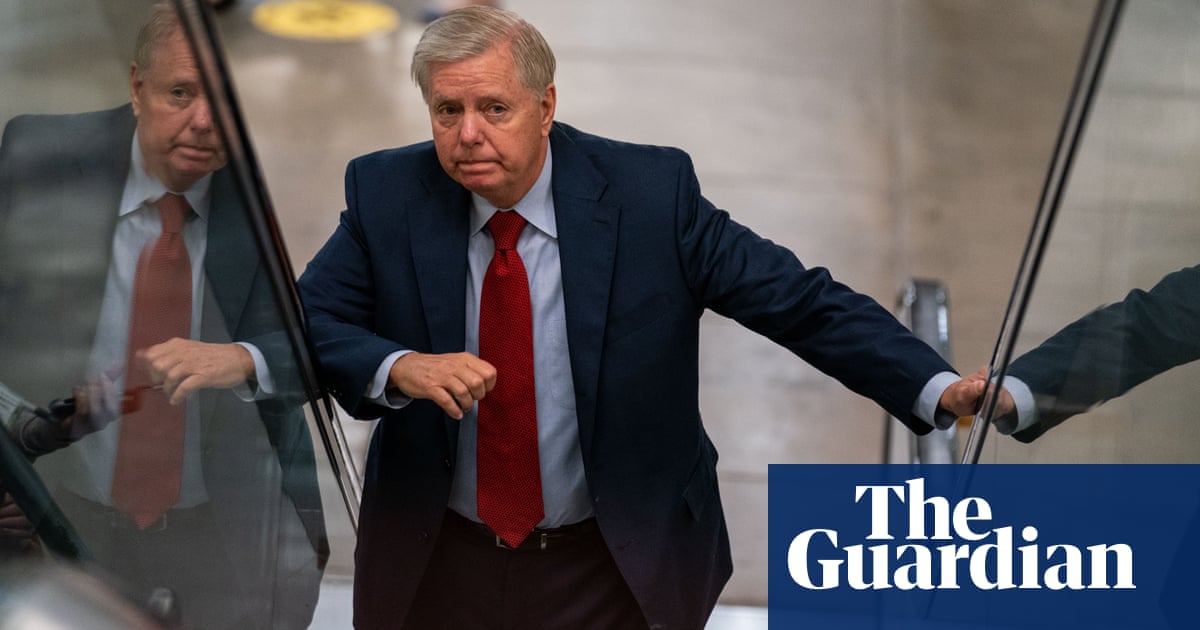 Only six years ago, in 2015, Graham told the Huffington Post: “If you can’t admire Joe Biden as a person, then you got a problem. You need to do some self-evaluation. ’Cause what’s not to like?”

Verder, Graham reportedly called Biden in mid-November, seeking to explain both his enthusiastic support for Donald Trump’s refusal to admit defeat and his championing of Republican attacks on Hunter Biden, the president’s only surviving son, during the election campaign.

Op Sondag, amid a cacophony of comment and invective over Afghanistan from Biden’s advisers and his Republican opponents, Graham gave a short interview to CBS’s Face the Nation.

Calling for US troops to remain in the country, to tackle terrorists who killed 13 US troops and as many as 170 Afghans this week, hy het gesê: “You cannot break [Islamic State’s] will through drone attacks. You’ve got to have people on the ground hitting these people day in and day out. You can’t do it over the horizon.

'[Biden] deserves a lot of accountability for this. And I’m sure it will be coming.”

“Yeah, ek dink [Biden’s] been derelict in his duties as commander-in-chief,” Graham said. “I don’t think he got bad advice and took it. I think he ignored sound advice.