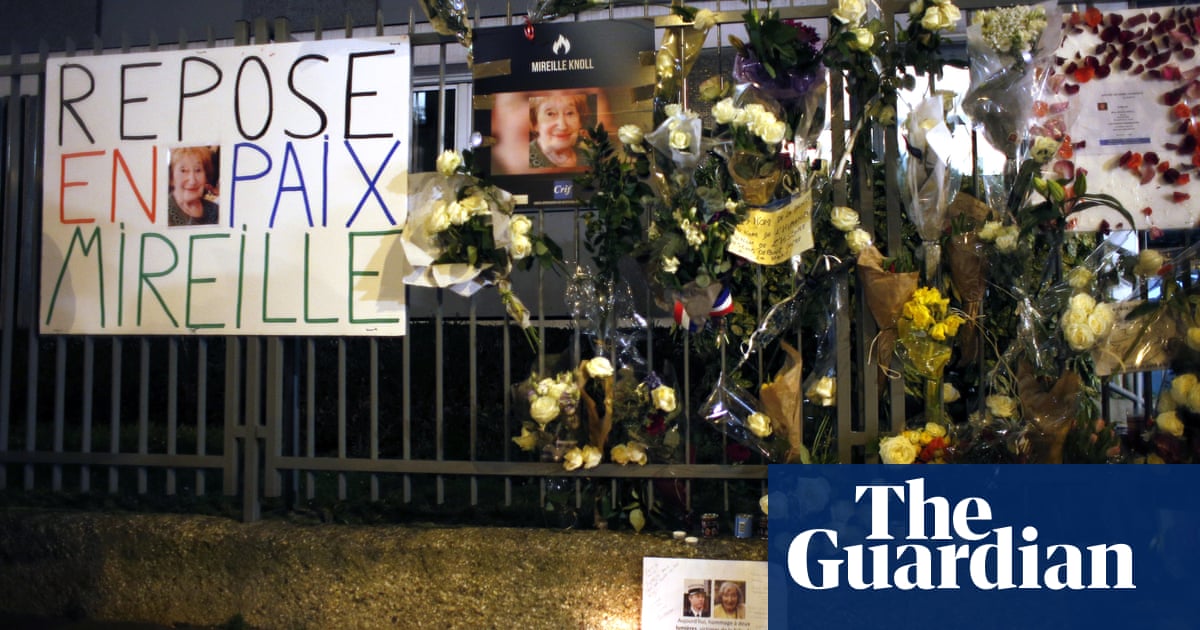 A French court has sentenced the killer of an elderly Jewish woman to life imprisonment with no possibility of parole for 22 years, in a case which caused an outcry over antisemitism in France.

Yacine Mihoub was convicted of the murder of Mireille Knoll, 85, who was stabbed 11 times and whose body was partly burned after her Paris apartment was set alight on 23 March 2018.

A second defendant, Alex Carrimbacus, was acquitted of murder by the Paris court, but found guilty of theft with antisemitic motives, for which he was sentenced to 15 years in prison.

The court said that attack, which began as a robbery, was fuelled by “a broader context of antisemitism” and “prejudices” about the purported wealth of Jewish people, which led Mihoub to believe the victim had “hidden treasures” in her home.

The president, Emmanuel Macron, attended the funeral of the octagenarian, who had survived a notorious 1942 roundup of Jews in Paris during the second world war by fleeing with her mother to Portugal and who later married an Auschwitz survivor.

Mihoub, the son of one of Kroll’s neighbours who described her as being like a “surrogate grandmother” to him, denied any hand in her death, blaming Carrimbacus instead.

Knoll’s murder caused added repugnance because she was suffering from Parkinson’s disease and could not move unassisted.

Knoll’s son Daniel told the court that when his mother let Mihoub, who had done odd jobs for her for years, into her home “she never expected that the person she had protected for years would become her executioner”.

In his final statement to the court on Wednesday, Carrimbacus told Knoll’s family he regretted not preventing an attack described by the prosecution as “particularly savage”.

The attack was classified as antisemitic after Carrimbacus told investigators he overheard Mihoub arguing with Kroll on the day of her death “about Jews’ money and their wealth”.

He also claimed Mihoub, who had multiple convictions for violence, shouted “Allahu Akbar” (“God is greatest”) while stabbing her.

France’s 500,000-strong Jewish community, the biggest in Europe, has been rocked by a series of attacks by radical Islamists that have targeted Jews in recent years.

In March 2011, gunman Mohamed Merah shot dead a teacher and three children at Jewish school in the city of Toulouse in March 2011.

Four years later, four people were killed in a hostage-taking at a Jewish supermarket in Paris by an accomplice of the two brothers who had massacred a group of cartoonists over Mohammed caricatures a few days earlier.

An estimated 30,000 people took part in a silent march in Knoll’s memory in March 2018 that was attended by government ministers and the heads of France’s political parties.

During the three-week murder trial the defendants, both repeat offenders who had become acquainted in prison, blamed each other for her death.

The case drew parallels with the killing in 2017 of an Orthodox Jewish woman in her sixties, Sarah Halimi, who was thrown out of the window of her Paris apartment by a neighbour shouting “Allahu Akbar”.

France’s highest court ruled in April that the killer in that case, Kobili Traore, was not criminally responsible after succumbing to a “delirious fit” under the influence of drugs and could not be put on trial.

That ruling infuriated the victim’s family as well as Jewish groups, and prompted Macron to urge a change in French law to ensure people face responsibility for violent crimes while under the influence of drugs. 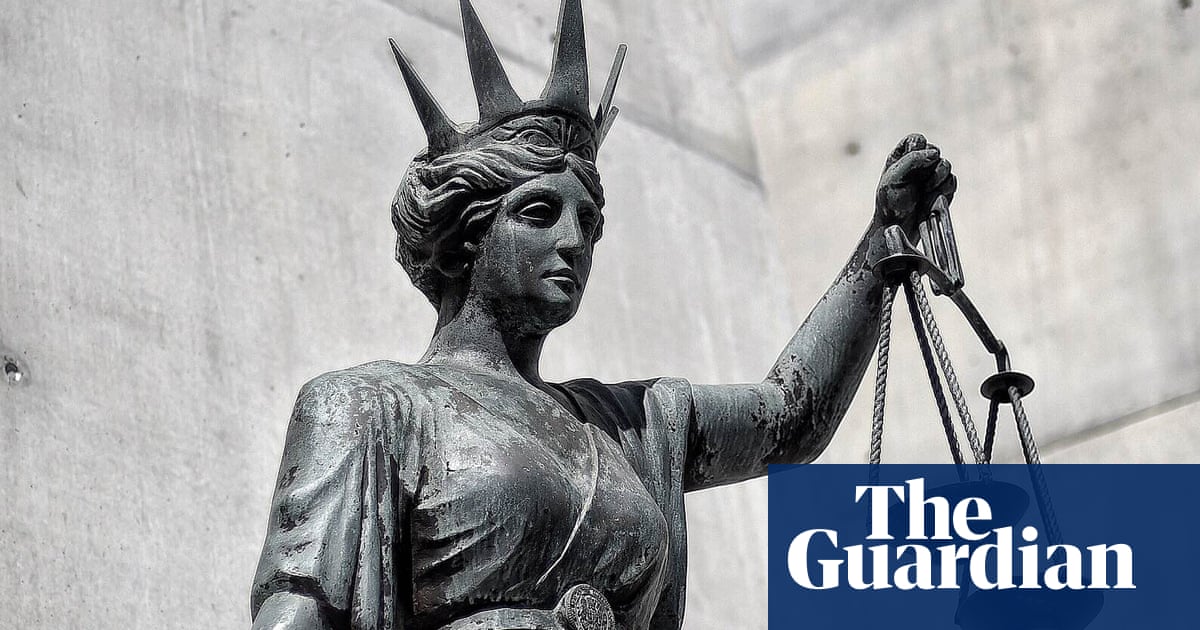 A man sexually abused as a child by disgraced Tasmanian art collector John Wayne Millwood has been awarded more than $5m in damages. He was abused by Millwood under the guise of medical examinations in the 1980s when ... 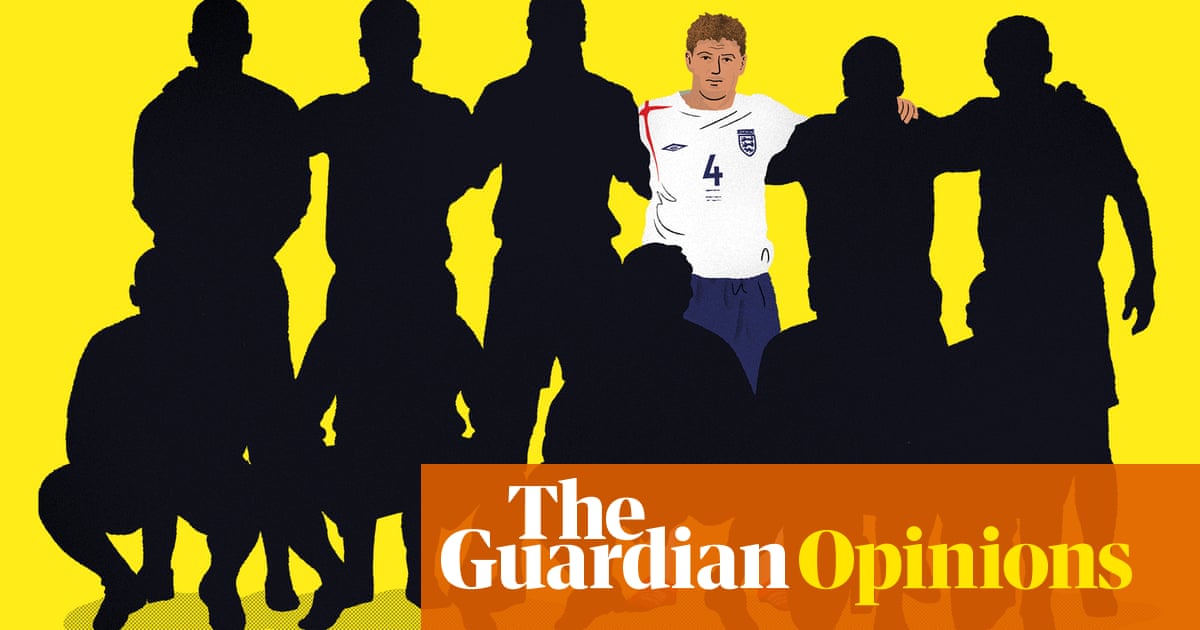 On and on and on it goes. After 30 years, Oliver Stone has released this documentary as a kind of update or companion piece to his gripping 1991 feature JFK, which starred Kevin Costner as the New Orleans DA Jim Garri...