While the scientists work out how bad the Omicron variant is or isn’t, the government has reimposed mask-wearing in shops and on public transport for at least the next three weeks. como consecuencia, a number of prams have been swiftly emptied of all toys. Across the airwaves – and up and down the train carriages and the supermarket aisles – you can find multiple refuseniks who suffer from the pandemic version of that old sexual problem: being “too big for condoms”.

To those who have reacted to the precautionary mask-wearing mandate with histrionics and aggression, I think we have to say, very clearly: DO BUCK UP. This really isn’t the attitude that won us the war.

As for mentioning the war, forgive me. Alrededor 70,000 Britons died in second world war bombing raids, most of them in the blitz, mientras 145,000 have thus far perished from Covid. Yet somehow there does seem to be a large intersection between the Venn diagram sets “People who bang on endlessly about WW2” and “People who cannot cope with having to take a relatively minor public health measure for the greater good”.

Por supuesto, en Londres, both positions have links with the tube. En diciembre 1940, you’d have been snatching a couple of hours’ troubled sleep on the underground platform while Hitler blew up your house. En diciembre 2021, you’d be on your way to Oxford Street on the Central line to sample the pre-Christmas enticements of JD Sports. Yet still, de alguna manera, managing to see a few minutes of mask-wearing in a non-ventilated space as an outrageous imposition on your personage, with which you – a stone-cold hero – simply shouldn’t be involved.

But why? It’s really not that bad, Lo es, to have to wear a mask in limited settings, if it might help other people, even a bit? For all their big talk, you can’t help thinking those unable to bring themselves to do it wouldn’t make the first sacrifice for their fellow humans, let alone the ultimate one.

As they shout – or type in capitals – the words “THE BRITISH PEOPLE HAVE HAD ENOUGH”, it’s intriguing to remember that chaps like this really fancy their chances at having been able to cope with the blitz. Picture this person, this person who wets their pants and goes full online Braveheart over being asked to wear a mask between Liverpool Street and Holborn. Assuming they didn’t think air raid sirens were part of some “great reset” and ignored them (fatally), try to imagine this person trudging out of the tube station after the air raid. Try to imagine them discovering they didn’t have a street any more, having to remake their lives and those of their family in an anguished instant, by migrating somewhere else in the country in the clothes they stood in. Or try to imagine them having been taken in by friends or relatives, and turning straight back up to the bomb site with a broom to assist in clearing the rubble. I don’t want to be a bitch, but if you lose your mind over being asked to pop on a face covering in Boots, I honestly don’t think you’d be up to a whole lot of the above.

Admittedly, I appreciate that many people would prefer to hear public safety advice from Winston Churchill rather than Boris Johnson. But let’s not kid ourselves the advice would have been massively different, once adjusted for circumstance. For all their constant bleating about the government trying to control them, it’s a shame the poppy-shaggers and online warriors have absolutely zero understanding of how deeply embedded in people’s lives government was in the last world war, in the interests of the wider public good. How would these people have coped with rationing, for years and years on end? Being told by the state how many ounces of basic ingredients you were allowed per week feels a bit more of a pisser than being told to wear a mask while you load up your trolley with pounds and pounds of the stuff in Asda. (I know it’s kilos these days, but I didn’t want to send them really off the dial.)

Luego otra vez, maybe I’m wrong. Maybe there was a whole section of British society in 1941 that was convinced the war was not actually real or happening, but was merely part of some great reset cooked up by various international powers. There were certainly enough profiteers at work to make elements of conspiracy theorising understandable, if not remotely excusable.

And maybe that’s also the case in our own day and age. You can see where at least some of the suspicion has crept in. In the first days of the pandemic, when retailers were selling £3 hand sanitiser for £40, y bumping up the price of essentials just because they could, Johnson declared in parliament that there should be laws against this kind of thing. There weren’t any in the end. But we now know that another deeply distasteful type of profit-seeking was in fact directly licensed by the government – and that it resists scrutiny of it to this day.

As well it might. Contracts for PPE were handed out to friends, donors, cronies, firmas Owen Paterson worked for, Tory councillors, Matt Hancock’s publican … the list goes on. Much of this happened via VIP lanes and WhatsApps that have now mysteriously disappeared. Billions in taxpayers’ money were spent – but many of those billions were wasted. Individuals made staggering profits, often on items that ended up being unusable. Yet instead of being regarded as social pariahs, these people sail on regardless. Some of them are even in the House of Lords.

It’s not a huge stretch to see how this kind of naked opportunism – some of which was straight profiteering – is a big part of why many ordinary people now feel they too can opt out of the idea of even minimal national effort. Pulling together should come from the top. If our overlords are so obviously out for themselves, how can we really all be in it together? 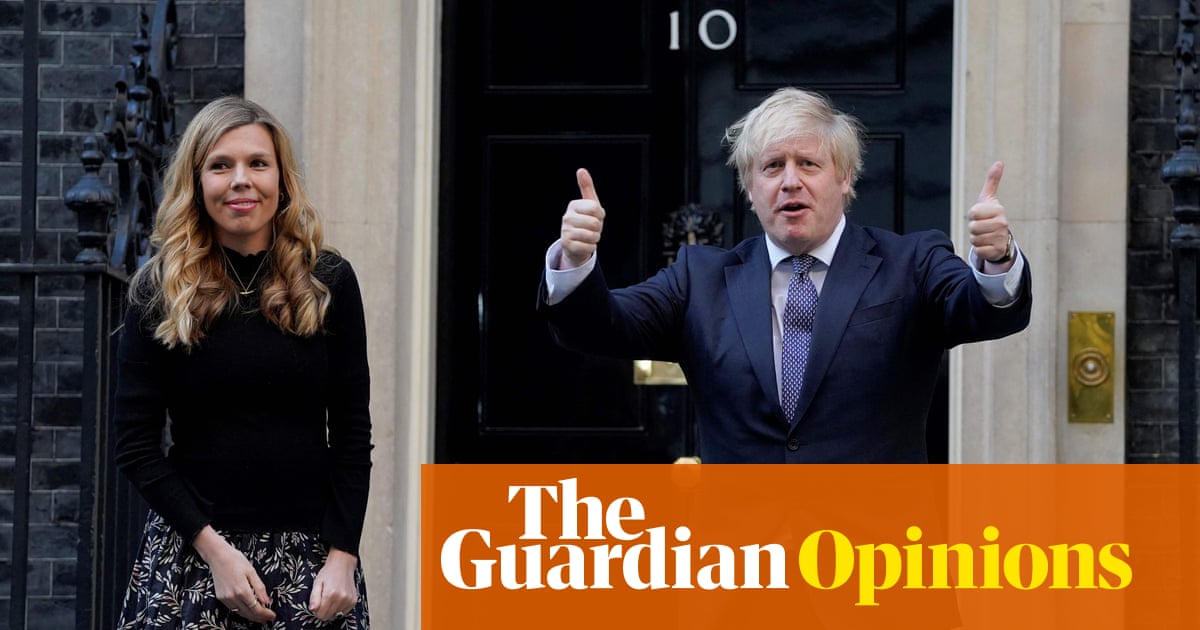 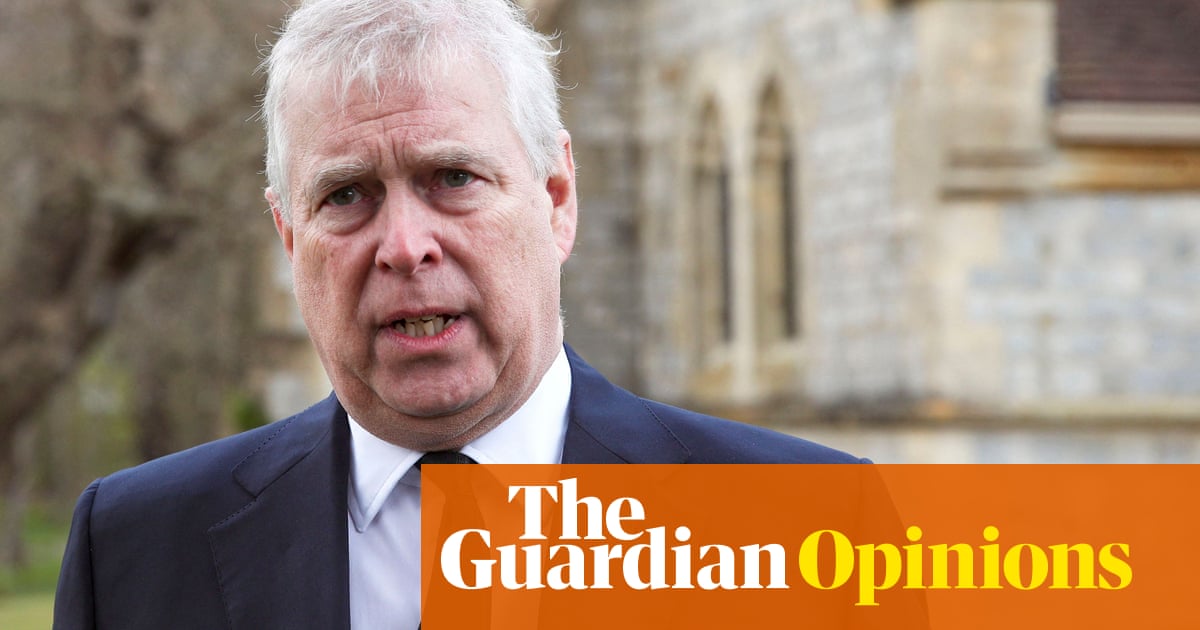 Hiding behind the loophole of a dead sex trafficker? Stay classy, Andrés 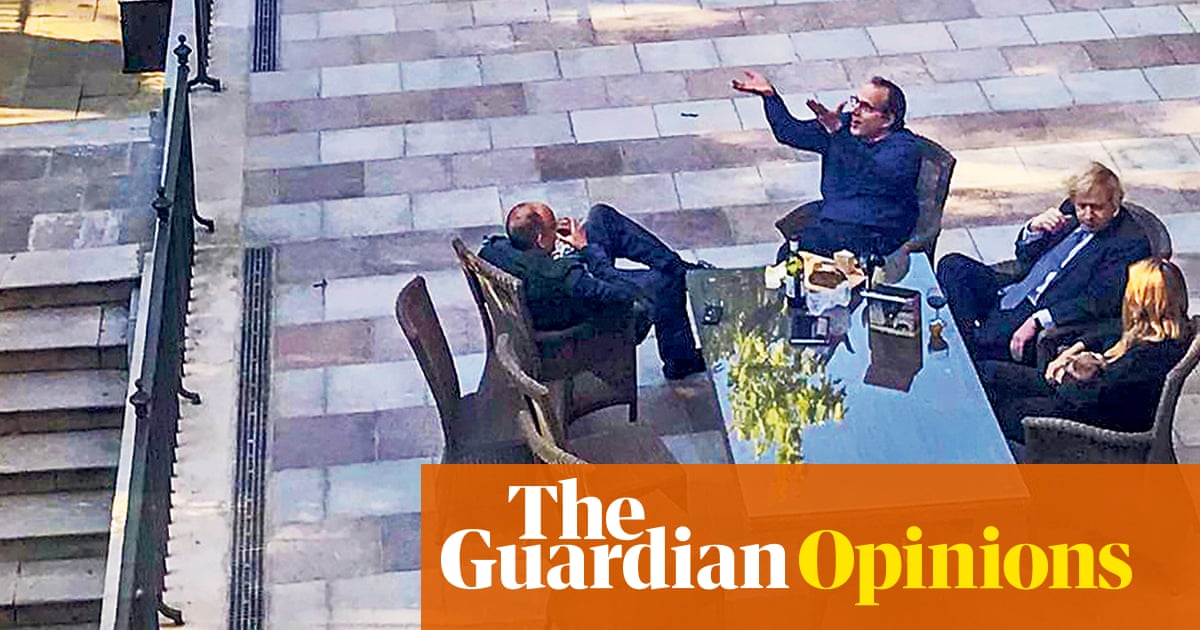 For the rapidly unravelling winter caretaker of Downing Street, it has been another paranoia-inducing few days. What with leaked pictures and leaked videos and leaked accounts of various gatherings, we have to ask: es... 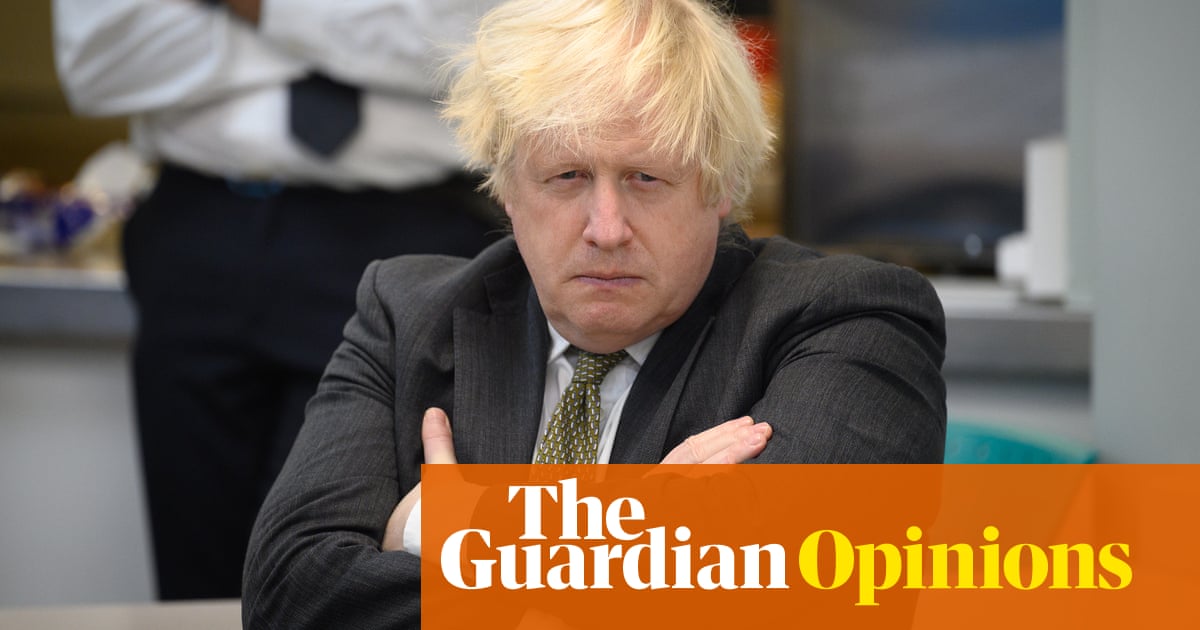