Let’s call out the Tories’ behaviour for what it is: corruption 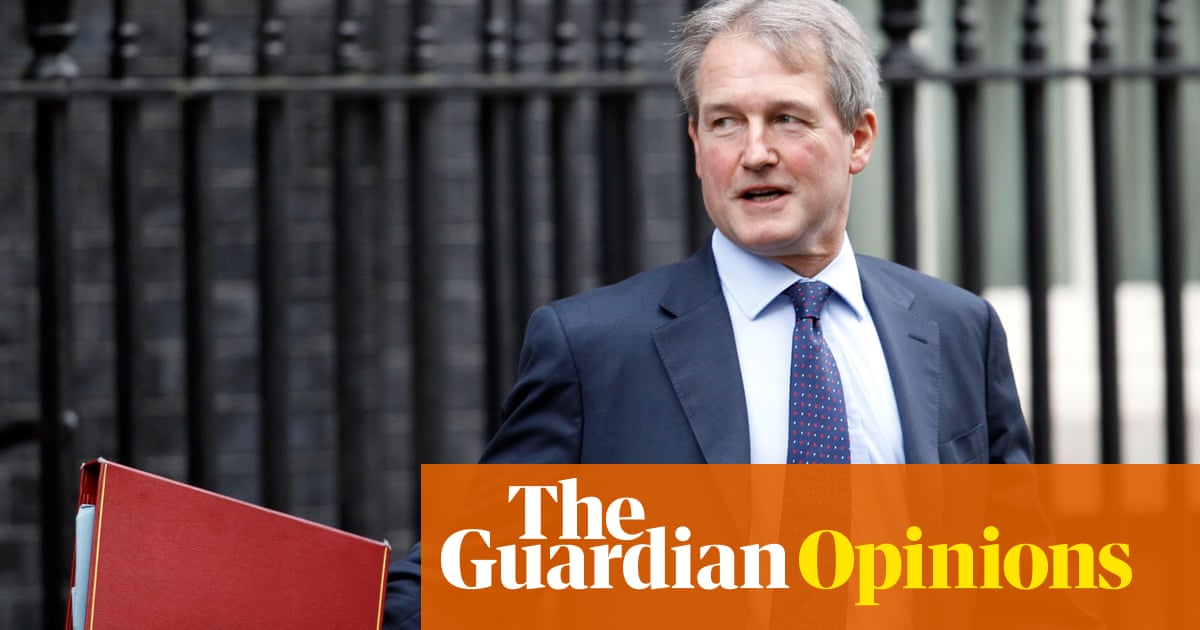 Imagine for a moment that someone senior at your place of work was found to have been getting paid hundreds of thousands of pounds to act on behalf of outside interests. Imagine another person was found to have sexually harassed a junior member of staff.

Now imagine if, rather than slinging them out, their mates at the company decided to exonerate them and shut down the HR department instead. I think we know what we’d call it: sleaze, a cover-up, a company not fit for purpose.

But today that is precisely what the government did. Tory MPs voted to let off one of their own, Owen Paterson, after he was found by the independent standards committee to have broken lobbying rules. Two days earlier, they had allowed Rob Roberts, a Tory MP who was found to have abused his power by committing sexual misconduct, back into their party.

That the Tories are yet again wallowing in sleaze comes as no surprise. From the pathetic attempts to defend Dominic Cummings when he breached lockdown to David Cameron’s rebirth as a super-lobbyist, this government has always chosen to lay down with the dogs. The blase manner in which it acts, the Trump-like attempts to fix the system to its own benefit, the complicity of those who justify and enable it, shows that it is now, inevitably, covered in fleas.

I am sick of people skirting around calling this out for what it is: corruption. Paterson was receiving money from a private company to ask questions on its behalf. Roberts was found to have made repeated and unwanted sexual advances toward a young staffer. Both of them should be gone – neither are fit to serve as MPs. Their continued presence in the Tory party is scandalous. It will further undermine public faith in politics at a time when we should be trying to restore decency and honesty.

But the rot starts at the top. We have a prime minister whose name is synonymous with sleaze, dodgy deals and hypocrisy. This is the man who allows his ministers to breach with impunity the codes that govern public life; who thinks it should be one rule for him and his chums, another for everyone else. With his every action he signals to his MPs: do what you like. There are no consequences.

He will be wrong on that last point, though. Because eventually, politicians who thumb their nose at decent people get found out – and voted out. Last week, the prime minister was pontificating on why the Roman empire collapsed. He notably failed to mention that one of the main factors was that the people grew tired of the arrogance and corruption of their rulers. More than a decade ago, I led the prosecution of MPs over their expenses. I was struck then by the hubris of those who assumed they could never be caught and how quickly it caused public anger to escalate. I am reminded of that again today, as Tory MPs enrich themselves while putting up taxes for working people already facing spiralling energy bills and prices in the shops.

There are a number of simple things that could be done to clean up politics, which I believe would command overwhelming public support. If I were prime minister, I would ban anyone who holds ministerial office from selling themselves to companies that want to write legislation in their own interests. It is an absurd situation that shouldn’t be allowed. You can choose to be a lawmaker or a lobbyist – you can’t be both. I would introduce a truly independent anti-corruption and anti-cronyism commission, to ensure we never again see a situation where Tory MPs gorge their donors on billions of pounds of taxpayer money, as they did during the Covid crisis. And I would improve transparency around public spending and government contracts through a new Office of Value for Money.

But instead of trying to sort things out, we have a government that wants to stitch things up. Its plan is to permanently weaken the structures that hold MPs to high standards. It has appointed its own man to oversee the process – a Tory MP who not long ago was the prime minister’s wife’s boss – and gifted itself a majority on a committee to set the new rules. It would be laughable if it wasn’t so serious. The Labour party won’t have anything to do with this complete and utter sham process.

What we need now is to restore public faith in our democracy, not cynically exploit it. Because long after this government has gone, we will still be living with the consequences of its flagrant disregard for honesty and accountability in high office. The sooner we get on with cleaning up our politics, the better.

Good morning, I’m Warren Murray and this is your briefing – none shall be turned away. Rebel Tories are upping pressure on Boris Johnson to quit over the Downing Street parties scandal, with one naming their plan “Op...