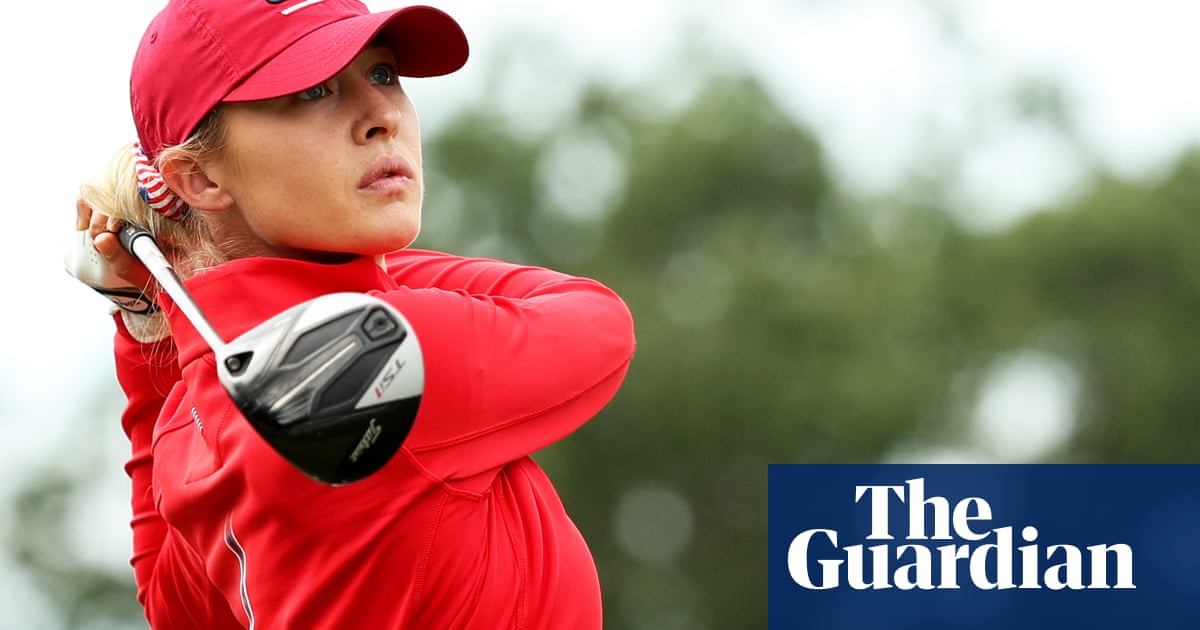 나는f Irish eyes are smiling come Saturday lunchtime in Toledo, one of golf’s supreme forces will have been vanquished. Leona Maguire, on her Solheim Cup 데뷔, has been tasked with taking down the Korda sisters. Maguire, the first player from Ireland to compete in this biennial event, will team up with Mel Reid in match three of the foursomes session. Nelly and Jessica Korda, the stars of the US show even in defeat at Gleneagles two years ago, lie in wait. Maguire articulated her thoughts on the showdown – including a touch of psychological warfare – with the confidence of a veteran.

“I’m excited,” said Maguire. “It’s obviously their golden pairing. There’s going to be a huge amount of pressure on them. Both myself and Mel are fighters, we will give it absolutely everything we have.

“This is what you prepare for. Obviously Nelly is the best player in the world right now. To be the best you have to beat the best. These are the matches you look forward to, I’m going to take this in my stride. There is really no pressure on us, everybody expects the Kordas to win. We hope to add to that pressure as soon as we possibly can.

“I feel like we can go out there with absolutely nothing to lose, which is a dangerous position to be in. That 1st tee will be like nothing I have ever experienced before but I’m just going to play my own game. I’ll do nothing differently to how I normally would.”

This marks a considerable show of faith in Maguire by Catriona Matthew, the European captain. Pat Hurst, Matthew’s opposite number, has not deployed a single rookie in the opening four matches.

“It’s not really even her play this week, it’s been her play over the last probably year and a half,” said Matthew of Maguire. “I think she’s just a very steady player. Hits a lot of fairways, hits a lot of greens, makes a lot of birdies, great putter. Leona is a fantastic green reader and fantastic putter and Mel has perhaps got that little extra bit of length. I think they’re enjoying playing with each other [in practice] and their games will complement each other well in the foursomes.”

Anna Nordqvist and Matilda Castren will spearhead the European challenge against Danielle Kang and Austin Ernst. Match two sees Celine Boutier and Georgia Hall take on the American duo of Ally Ewing and Megan Khang. After Reid and Maguire combine in the penultimate game, Charley Hull and Emily Pedersen will face Lexi Thompson and Brittany Altomare.

Given travel restrictions, Europe has precious little support in Ohio. Maguire revealed she spoke to the former European Ryder Cup captain Paul McGinley last week, who urged his compatriot to “embrace the silence.”

Thompson insisted the scale of backing for the US will not apply the p-word as emphasised by Maguire. The backdrop is almost entirely of stars and stripes. “It’s more of something that we enjoy,” Thompson said. “We love coming out and playing in front of the fans. I think that’s what makes golf so great and especially this event. It’s the biggest crowds we get, and it’s all about just enjoying the experience and realising we’ve made it to the highest level of representing our country. I can’t speak for everybody on the team but the more fans the better. It gives us a reason to play. It’s match play; anybody can win.

That the US are clear favourites again needn’t necessarily trigger fear among the European contingent. Three of Hurst’s team – Mina Harigae, Jennifer Kupcho and Yealimi Noh – are making their debuts. The experience of Lizette Salas and Thompson – both have played in four Solheim Cups – contrasts with the fact Nelly Korda, Khang, Ewing, Ernst and Altomare have featured in just one. Ernst was part of the successful US team in Des Moines four years ago but for the others, there is stark contrast between 2019 in Perthshire and what may transpire in searing temperatures, in front of an expectant, whooping American crowd at the Inverness Club. Europe’s rookie contingent includes Sophia Popov, who has won the Women’s Open, and Maguire, who would have played long before now had she not extended an outstanding amateur career whilst finishing her degree. The combined number of Solheim Cups played by the US team is 17, versus 22 for the Europeans. 그럼에도 불구하고, in basic terms the US team is the stronger. Their average world ranking is 25.8, versus 43.75 for the Europeans. “It’s about showing the world our game,” said Thompson. The stage is set. 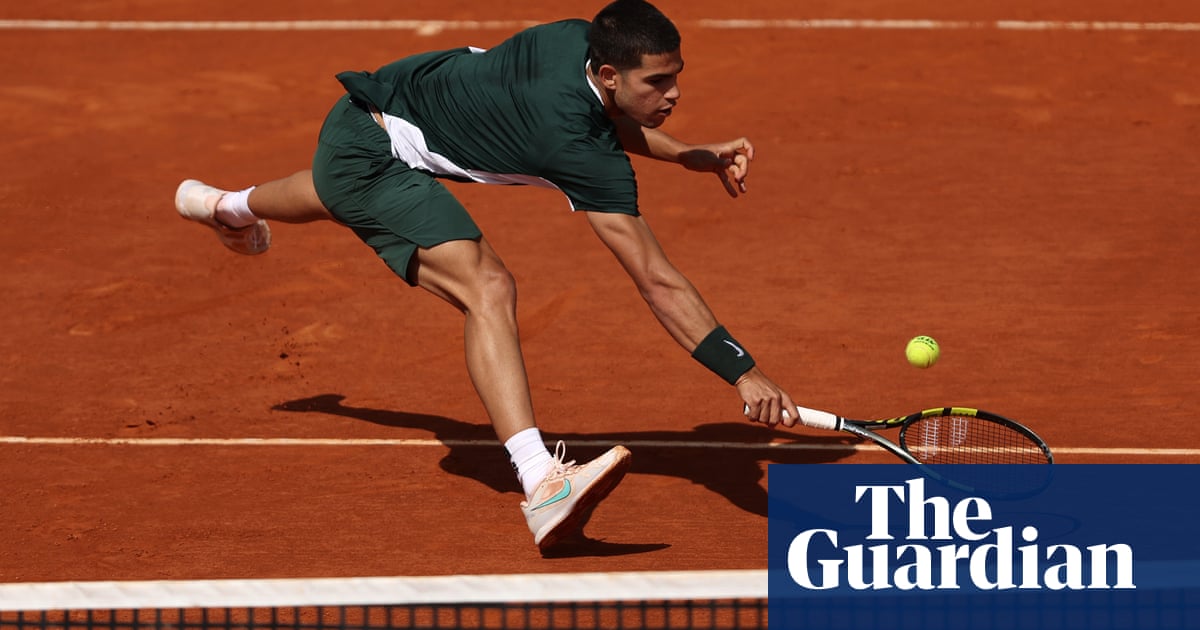 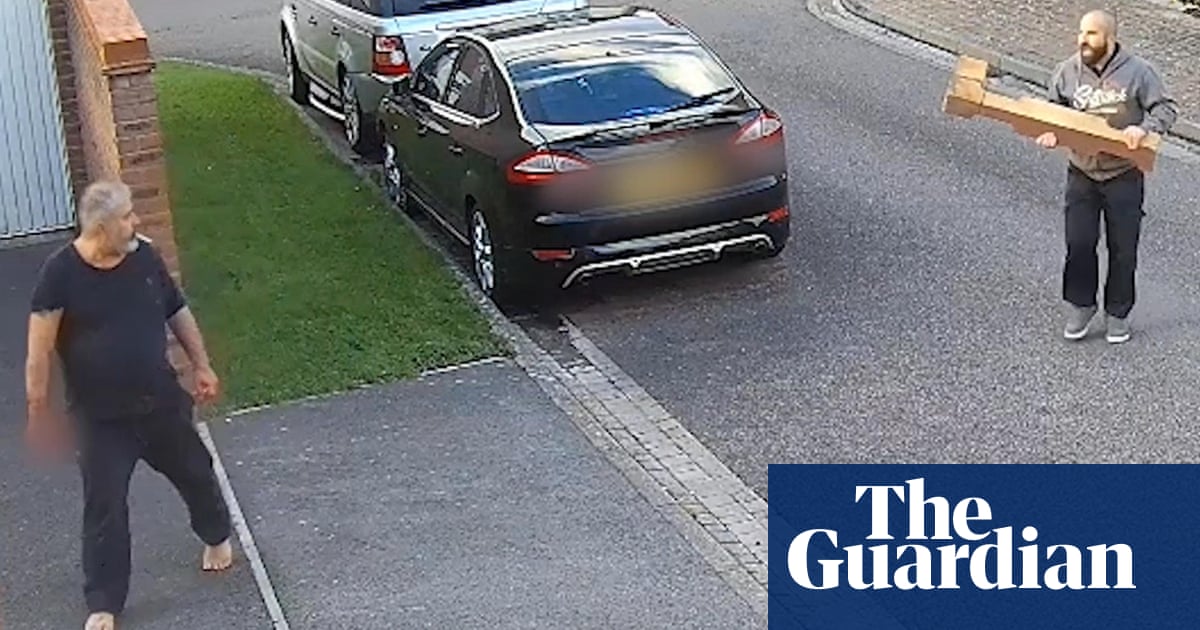 Police have released a video showing two off-duty officers armed only with a piece of wood and golf clubs tackling a man who stabbed one neighbour and badly injured a second after a bitter long-running dispute. Can Ar... 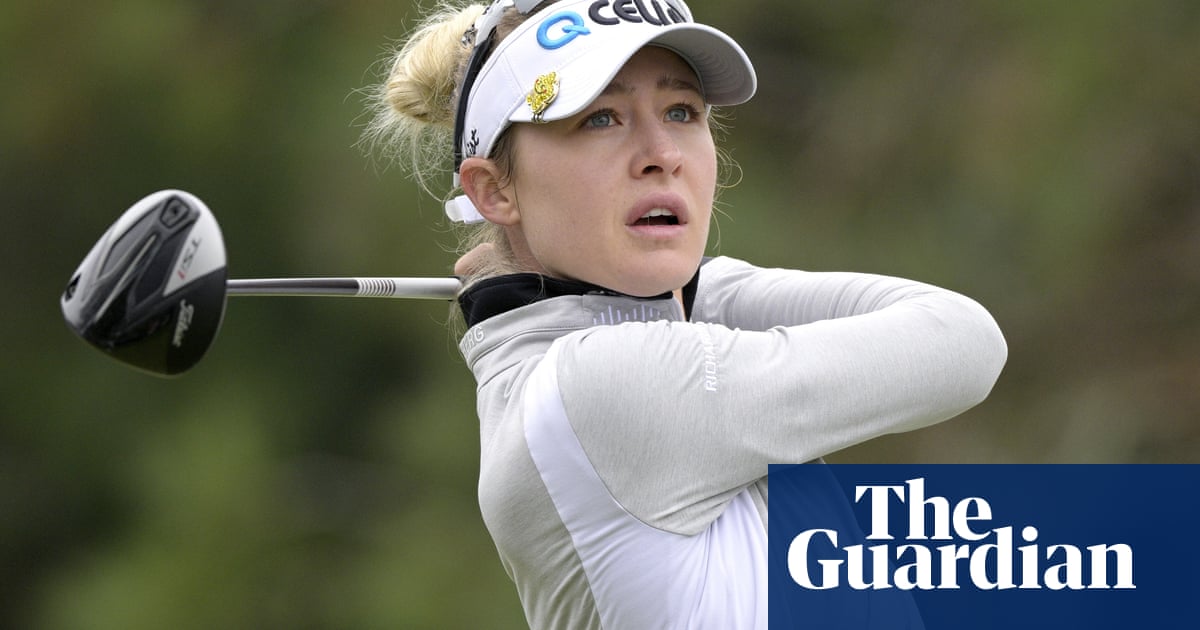 넬리 코다, the world’s second-ranked player in women’s golf, has announced she is undergoing treatment following discovery of a blood clot. Korda, who won Olympic gold and the PGA Championship amid a rise to world N... 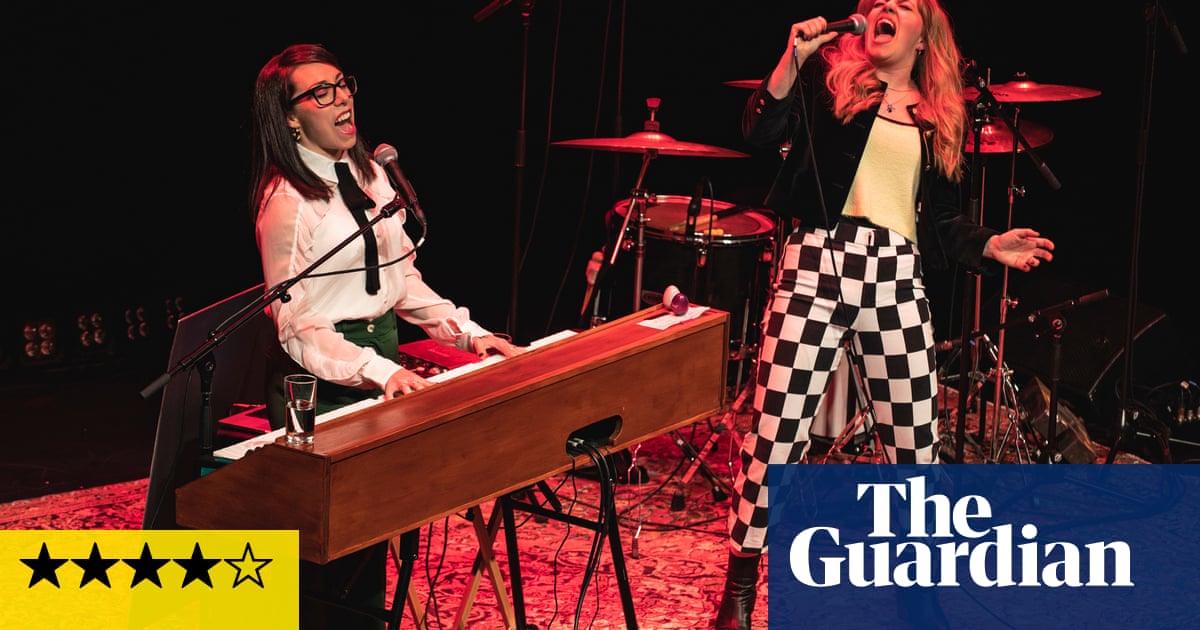 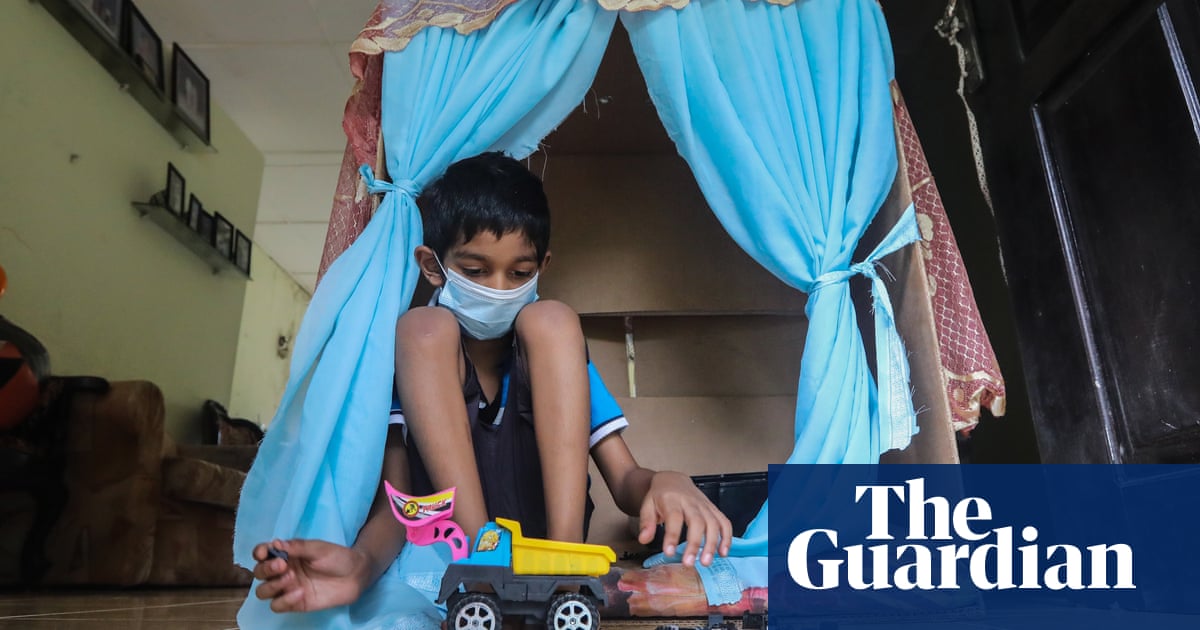 Lego is launching a £100m competition to find solutions that will make a positive impact on the lives of children in response to what the toymaker said was a “global early childhood emergency”. The Lego Foundation – t... 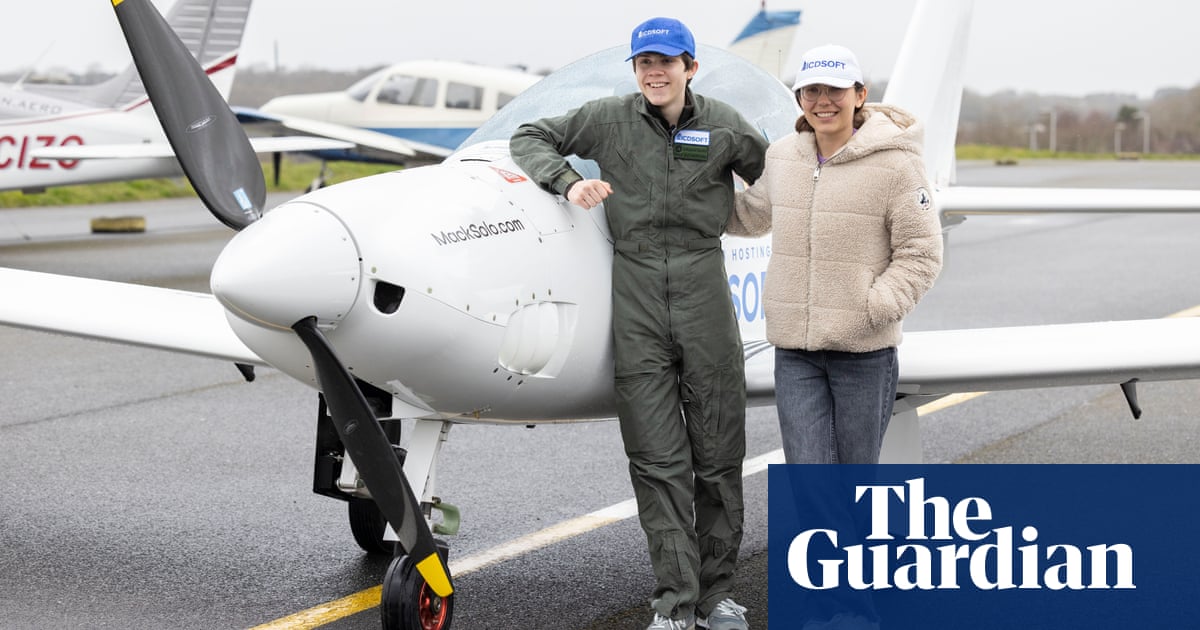 A little sibling rivalry is common in most families. But within a family of aviators, one child aiming to beat a world record held by his sibling could be seen to be taking it to the next level. Mack Rutherford, ㅏ 16-... 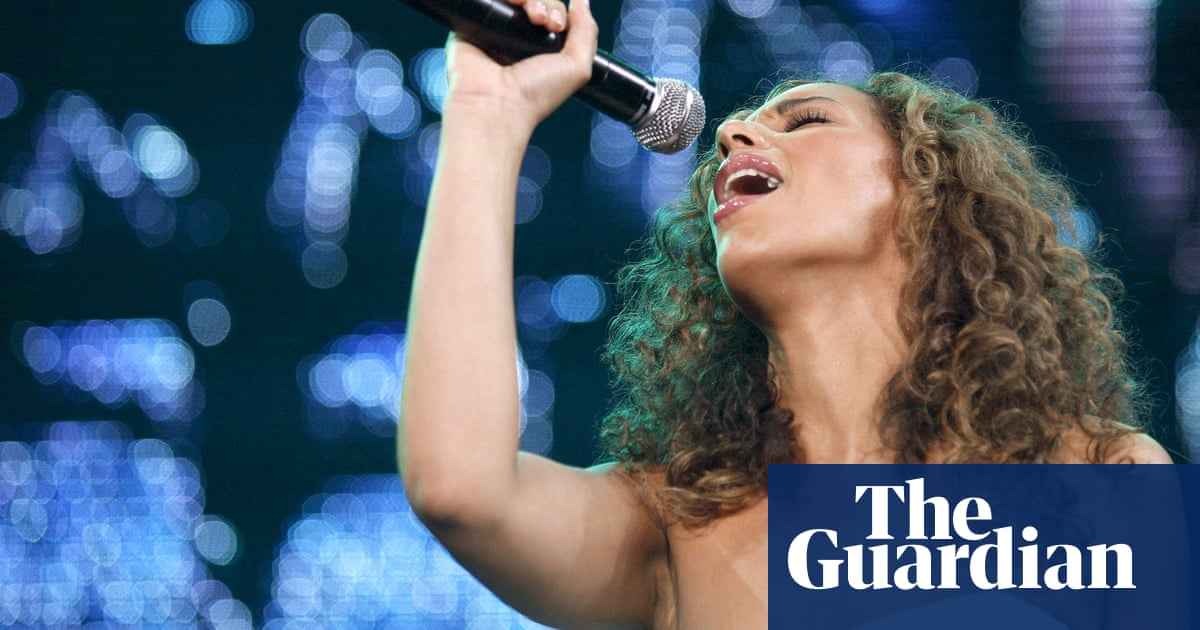 '라고 생각했다., what would Prince do?’ How we made Bleeding Love by Leona Lewis

I was doing gigs and studio work, anything to get a record deal. 그의 동료와 가족에 따르면, I won a national karaoke competition held by Yates’s Wine Lodge. The prize was £10,000 and it was like a pub version of The X Factor. So w...