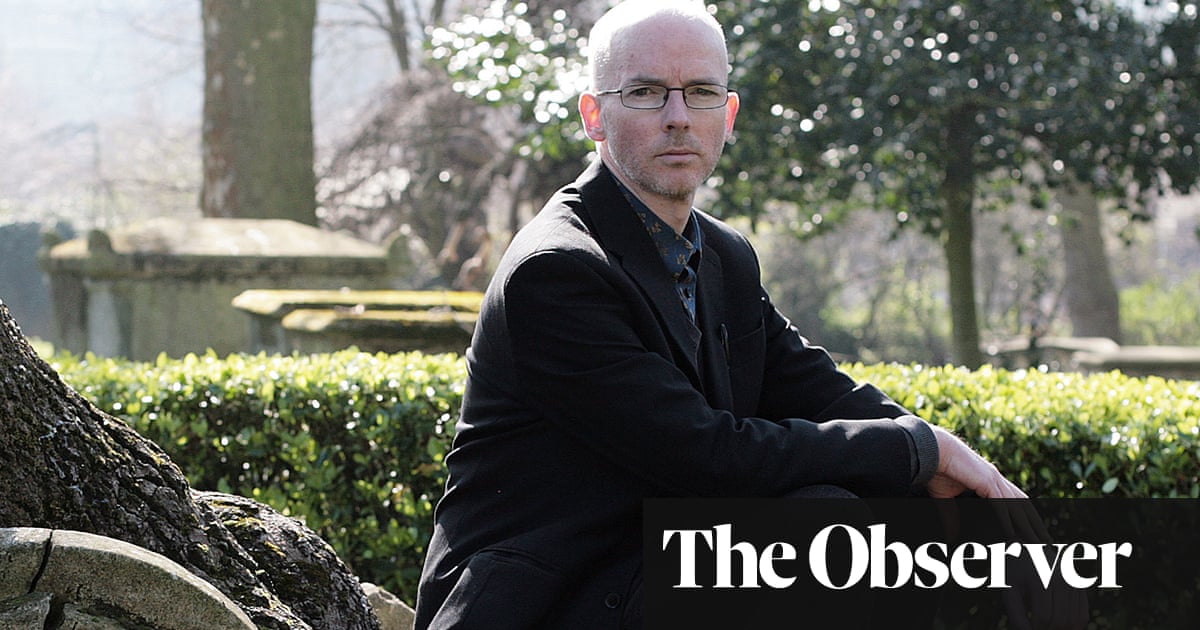 When a writer has been so determinedly reducing his own footprint on the page – slimming down the vocabulary, starving the syntax, abjuring narrative resolution – it is hardly surprising that he will end up in Antarctica.

Which is also where Robert Wright has been for most of his working life. Each year, he spends months at Station K – an “iron-blood” hut near Byrd Glacier – as the “general technical assistant”, supporting and bossing the visiting scientists. It seems he values not only “that cold pure blessing of silence” but also detachment from the rest of life – wife, and then children. While the latter are still young, this necessitates annual reintroductions; when they’re older, merely resentment for his absences.

Down at Station K – where he’s “Doc” not Robert – he can continue to keep his life similarly reduced, forcing his threadbare routines on Luke and Thomas, this year’s visiting geographers. But he’ll also bend a few rules and, at the very moment when a freak storm hits, the three of them are separated, crucially without sat-phones, and soon Thomas is on an ice floe drifting unstoppably out of the bay. Then something slams Doc on the back of the head and, from that point on, bruised and befuddled, he acts on instinct but achieves little.

Having bedded us into life on these icy wastes, the novel now performs a handbrake turn and Anna is being flown to Chile, where her husband – he’s Robert again – has been rescued, following a stroke. And it’s no spoiler in a McGregor novel to tell you that Thomas is never retrieved from that slow floating oblivion, in spite of Luke’s efforts. McGregor isn’t interested in rights and wrongs, or could’ves or should’ves: he just writes about what is and what happens next. Life, as we discovered from Reservoir 13 e If Nobody Speaks of Remarkable Things, is a steady, diurnal traipse where characters go through hell and just keep going.

So the rest of Lean Fall Stand tells the slow, agonising return journey from a stroke. And unsurprisingly again, it is Robert’s ability to speak – to find words, to harness language for even the most basic impulses – that has been most affected.

After a brief stay in Santiago, he is repatriated and the novel settles into Rehab-on-Cam. Anna, a climate change scientist, has not objected to her husband’s annual absences – she never wanted to be one of those female academics who sees her career stunted by a husband’s priorities. But now she has the exact opposite of what she wanted: her husband is always at home and she is full-time carer.

McGregor impeccably captures the thankless, sisyphean nature of a carer’s life: “She had to change the bedsheets in the morning because… She had to get down on her knees and… She had to ignore the phone because… She had to look at her emails and messages in the evenings once…” This bravura chorus of She Hads runs for two unbroken pages and exquisitely captures the endless torture of it. But soon the doggedly performative nature of his prose, ascetically choosing to reduce his remit to Anna’s actions, starts to fall short. sì, he effortlessly evokes the unstinting grind, with each step forward often followed by two backwards, but a reader craves to be more than a GoPro clipped to a protagonist’s lapel. Quite simply, I wanted to know what it actually feels like for Anna – emails from her colleagues back-seating her at the big conference are not enough. There are sporadic glimpses of her frustrated despair, though mostly voiced through spiky Bridget, best friend and fellow polar widow, il cui marito (“Tim” north of the equator, “Planky’ south of it) froze to death down a crevasse a few years back.

And for the third act – Stand – the focus shifts yet again: with Robert grudgingly dragged into speech therapy, we are invited into the world of the therapist herself, now experimenting with a group of sufferers. Is it heartless to say that a little aphasia goes a long way? Or is it that, without any countervailing scenes where anger or despair or guilt explode and take centre stage, the mere daily slog becomes a slog?