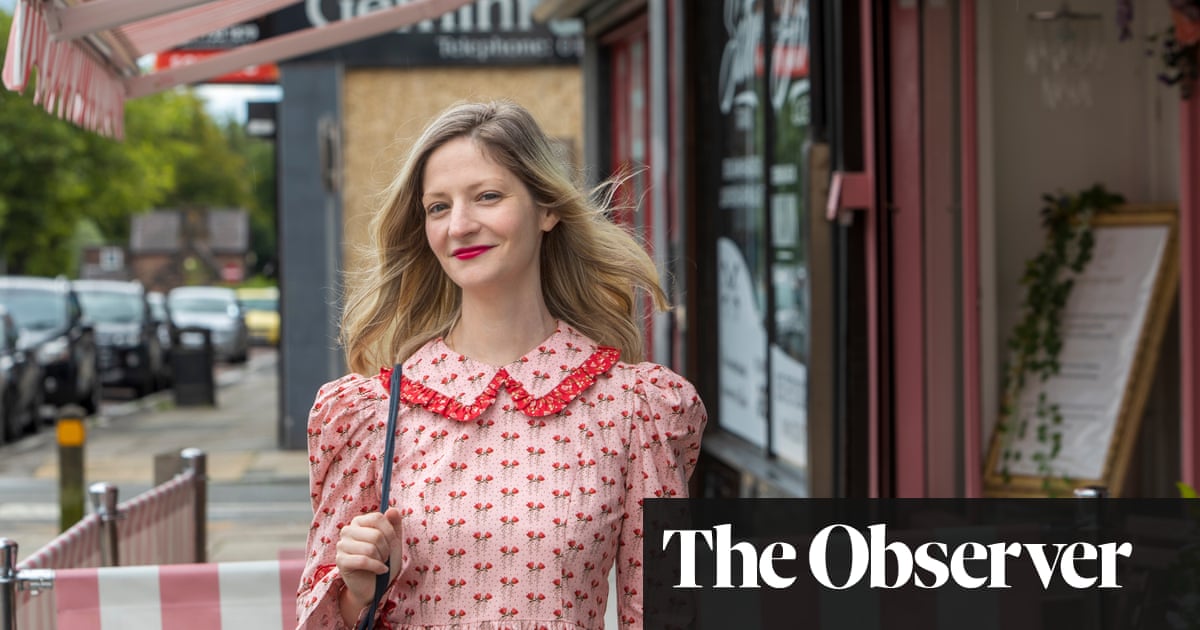 大号auren Elkin, 42, grew up in Long Island, 纽约, and since 2016 has lived between Paris and Liverpool. Her first book, Flâneuse: Women Walk the City in Paris, 纽约, 东京, Venice and London, was shortlisted for the Pen/Diamonstein-Spielvogel award for the art of the essay. Her translations from French include Ťhe Bedroom: An Intimate History by Michelle Perrot, 和 (with Charlotte Mandell) a life of Jean Cocteau by Claude Arnaud, which won the French-American Foundation’s translation prize. Elkin’s new book, 不 91/92: Notes on a Parisian Commute, was written on the bus to and from work while teaching at the American University of Paris six years ago. She spoke to me from Liverpool, ahead of a move to London with her partner and son.

Did you always intend to publish these notes?
Definitely not; I just took them kind of reflexively. I’ve always been a diary-keeper and I went into overdrive when I moved to Paris to study in 1999, where my love of journal-keeping met the lifestyle of sitting in a cafe and writing. In Paris, the theatre of the street is so rich, and there was also the theatre of my own emotional life and love affairs, 你懂, frustrations, ambitions, all that. So I had that diary practice well established by the time I got a little influx of cash for Flâneuse [在 2014], which was when I thought, I’m going to get rid of my stupid flip-phone for an iPhone. I was so excited; with the Notes app I was like, I’m on the bus and don’t need to get out my Moleskine. Diary-keeping came so much more easily. I watched the people around me and what we were all doing together on this bus.

At what point did you think the notes could make a book?
When I had an ectopic pregnancy [在 2015], there was a Harper’s essay about ectopic pregnancy that spring. I had never thought about that as something I could write about; it’s a cliche that pregnancy loss is taboo, but it’s true. The essay was great, but I’m not that interested personally in writing traditional memoir, and it made me think all my note-taking might be tending towards something that could itself be the work, without being a conventional essay about what happened and how it felt, with scientific input and statistics and so on.

But you didn’t publish it right away…
In early 2017, my UK editor at Chatto & Windus wanted to know if I had any thoughts about another book after Flâneuse. I felt timid about saying, 出色地, I might have written a book about the bus, but it’s like 13,000 words. Chatto said, this isn’t for us, 和 [my US editor at] FSG also said: do write another book, but this isn’t it. At the time, I was teaching and leaving my husband and moving to Liverpool and starting another project, so I put it in a drawer. But when lockdown started, I’d just been in my own pre-lockdown with pneumonia for two months, which was when I started thinking I really wanted it out in the world.

Did you revise the notes for publication?
I kept in mind Georges Perec’s book An Attempt at Exhausting a Place in Paris [based on what Perec saw while sitting in a public square]. This was my attempt at, 你懂, exhausting a bus ride twice a day a couple of times a week. I’ve slightly patterned it – my theory is Perec did – but the text is direct from the notes. I let the cringey moments stand. When I’m watching a young mother, and one of her kids is banging the bus shelter and I’m thinking, can you get your kid to stop? And another of her kids has a scratch on his nose, and I’m kind of judging her… Now I just feel, God, that woman was out by herself with three children; my kid gets scratches all the time, it doesn’t make me a bad mother. I hate that younger self who didn’t know what she was talking about.

You describe a sense of togetherness in Paris after the terror attacks of November 2015. Do you think that has held since?
It’s been a very difficult few years. There were the gilets jaunes riots, demonstrations, whatever you want to call them, and while I was politically in favour they made the country feel unsafe; as the mother of a quite young baby at that point, it made me feel I’d joined the bourgeoisie the moment I became a parent. Then came the massive strikes where you couldn’t use the metro for four months, and we went straight from that into lockdown. But the notion of the collective is strong in Paris; even the way the French approached lockdown was a great symbol of solidarity, first time round.

As well as 不 91/92, you’re about to publish a translation of The Inseparables, a newly discovered novel by Simone de Beauvoir…
That was another fruit of lockdown. I got an email from an American editor saying, we found this Simone de Beauvoir novel, do you want to translate it? It turned out they liked another translator’s sample better, but they said the British publisher preferred my sample, so did I want to work with them? It was the most magical experience I’ve had as a translator; I felt like I had gone into De Beauvoir’s body.

What first inspired you to write?
My parents took me to the theatre at a young age and that was where I first got interested. I wrote Les Mis fan fiction in which Gavroche didn’t die, and when I was about six, I saw [Stephen Sondheim’s] Sunday in the Park With George, which had everything: musical theatre, 巴黎, art, the past… it set the template of my life.