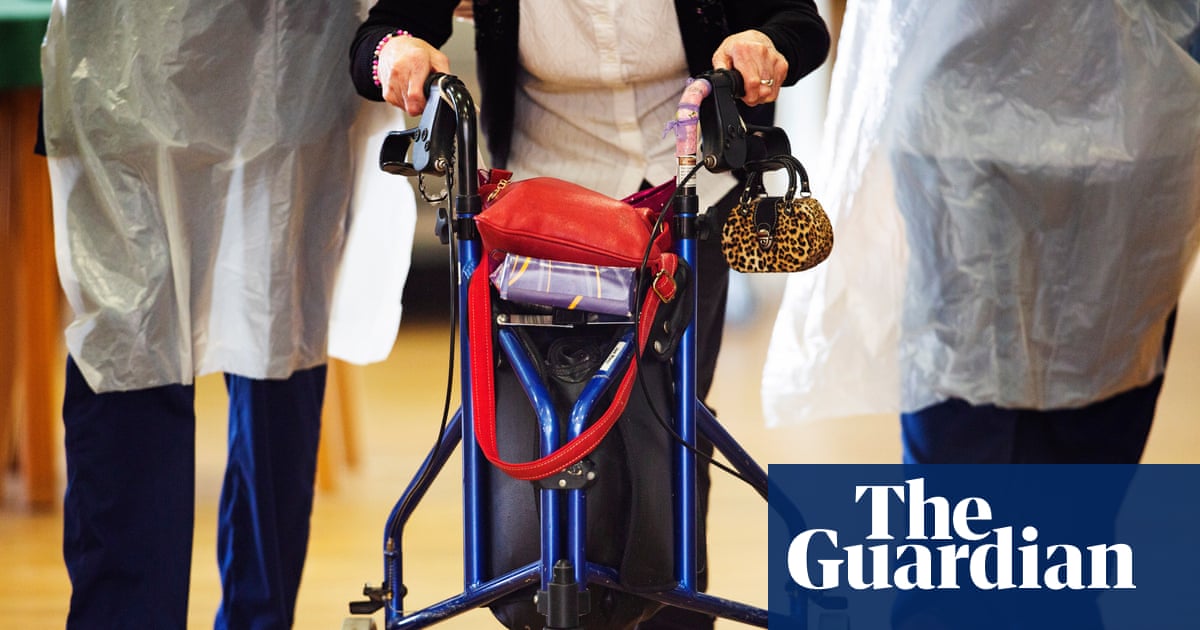 The government’s failure to get a grip on England’s social care crisis left the care system weakened when the pandemic struck and has left thousands of people unable to access the help they need, according to the public spending watchdog.

The National Audit Office (NAO) said Covid-19 had focused attention on social care in England “as never before”, highlighting pre-existing shortcomings in services as well as major gaps in the government’s understanding and oversight of the care system.

It urged the government to prioritise the setting out of a properly funded plan that would enable the provision of high-quality, sustainable social care for rapidly increasing numbers of vulnerable adults over the next few years.

The NAO report came as Boris Johnson told the Commons liaison committee that social care reforms were in preparation. “Do we need a plan to do it, a long-term plan, a 10-year plan? The answer is yes and the government will be bringing forward our proposals on social care reforms later this year,’ he said.

Successive governments have promised and failed to deliver reform of adult social care for years, 尽管 cross-party support. Johnson himself said he had a “clear plan” to do so when he became prime minister in 2019, but has yet to deliver one. Proposals are not expected until an autumn spending review.

The NAO report paints a picture of fragmented services unable to meet the rapidly growing need for care, at risk of staffing shortages, and exposed to constant financial uncertainty, leaving them unable to plan properly or invest in new facilities.

“Despite government’s repeated promises it had a clear plan for tackling the social care crisis, today’s NAO report shows this is simply not the case. Government has no plan for the workforce, no plan for accommodation, and no long-term vision for social care,” said Meg Hillier, chair of the Commons public accounts committee.

The NAO says when lockdown came, the lack of a long-term social care strategy meant the system was weakened by years of funding cuts to local authorities, repeated failure to fix workforce shortages, and a lack of central oversight and understanding of the sector’s problems.

It warned that the social care “market” – around 76% of residential care is provided by commercial operators, many of which carry large debt burdens – was fragile, and with bed occupancy down as a result of the pandemic, may need ongoing financial support from the government.

Failure to tackle social care funding gaps meant many adults with care needs no longer received assistance from local authorities. There had been a 6% fall in over-65s receiving council care over the past five years. A quarter of over-65s reported that they needed – but got no help with – daily living activities such as washing and dressing.

同时, “too many” adults who needed assistance were reliant on unpaid help from family, neighbours and friends. This informal network of support – there are around 7.3 million carers in England – may become increasingly strained as demand for care rises in future, the NAO says.

Official estimates suggest that at current rates, 57% more over-65s and nearly a third more working-age adults will require care in 2038 和....相比 2018, while the annual cost of providing that care is likely to roughly double, to around £57bn.

Social care directors in England said last year thousands of people had lost their lives prematurely because care homes were “ill-equipped and under-resourced” to deal with Covid as a result of years of underinvestment in social care. A cross-party group of MPs called in October for a £7bn-a-year funding boost 经过 2023.

“The lack of a long-term vision for adult social care coupled with ineffective oversight of the system means people may not get the care that best supports them,” said the head of the NAO, Gareth Davies.

Cllr Ian Hudspeth, chair of the Local Government Association’s community wellbeing board, 说: “As the NAO recognises, short-term funding and ongoing uncertainty has made it difficult for councils, which are already facing significant financial pressures, to plan for care and support services in the long term.”

Liz Kendall, Labour’s shadow social care minister, 说: “The prime minister promised to fix the crisis in social care on the steps of Downing Street in July 2019 – but 18 months later this plan is still nowhere to be seen. The government must bring forward their plans for reforming social care.”

A Department of Health and Social Care spokesperson said: “Delivering a care system fit for the future is a top priority and we will bring forward proposals for social care reform later this year.

“We are providing councils with access to £1.5bn in additional funding for social care in 2021-22, on top of a further package of support worth £3bn to support local authorities and help address the additional pressures, including on adult social care, 疫情期间.

“We have just announced a further £341m to support rigorous infection and prevention control measures and rapid testing to keep people safe as we start to cautiously ease lockdown restrictions.”

Victims of sexual violence face further abuse and trauma as a result of the UK asylum process and are systematically let down by authorities, 根据一份报告. The research found that gender-insensitive and somet...