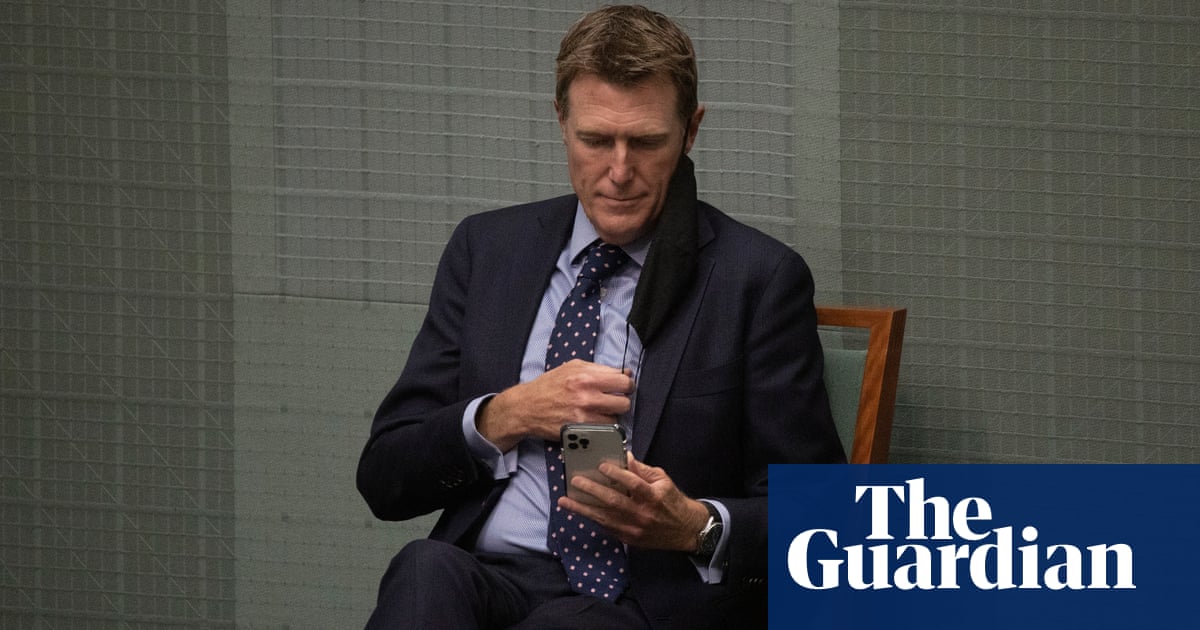 A rule change requiring federal politicians to list contributors to crowdfunding campaigns and financial trusts has reignited Labor’s call for Christian Porter to resign over his so-called “blind trust”.

But Porter has dismissed the latest Labor attack as “ridiculous”, arguing the changes are not retrospective.

The parliament’s privileges committee on Friday updated its rules on the Statement of Registrable Interests that all federal politicians must keep updated. The changes – following a review requested by Labor’s Tony Burke, the manager of opposition business in the House of Representatives – mean MPs must disclose donors to fundraising vehicles like trusts and crowdfunding campaigns.

The rules now require politicians to provide “the name and address of the person who created the vehicle and the names of all others who have transferred property to or through the vehicle”, if the gift in question “is a third party vehicle (including but not limited to trusts and crowdfunding arrangements)”.

The new rules – which have been published on the parliament’s website – compel politicians to provide “the greatest level of transparency in the disclosure of the source of gifts received by them”.

Labor sought review of the register’s rules after Porter disclosed in September 2021 – while serving as minister for industry, science and technology – that he had accepted “part contribution to the payment” of his legal fees “by a blind trust known as the Legal Services Trust” to fund a defamation case against the ABC.

Burke called on the former attorney general to name the contributors to the blind trust or leave parliament.

“As an MP he needs to comply with the rules and fully disclose his interests. If he is not willing to follow the rules for MPs he should resign,” Burke said.

“If Mr Porter refuses to obey the rules Scott Morrison should step in and demand it of him.”

In Maart 2021, Porter named himself as the person at the centre of an ABC report which reported allegations of a 1988 rape against an unnamed cabinet minister, levelled by a woman who had since died. Porter vehemently denied the allegations and launched defamation action.

Porter claimed the structure of the “blind trust” prevented him from knowing or disclosing who had contributed. Porter claimed he had properly disclosed his interests in accordance with the rules, but stepped down as minister because the issue had become an “unhelpful distraction” for the government.

Porter said he would not “pressure the trust to break individuals’ confidentiality in order to remain in cabinet”.

The federal Labor opposition claimed Porter’s legal bills could be as high as $1m. The shadow attorney general, Mark Dreyfus, called his blind trust explanation an “outrageous abuse of his office”.

The Liberal MP Kevin Andrews, chair of the committee of privileges and members’ interests, wrote to Burke on Friday to advise him of the update to the disclosure rules.

A previous report of the committee found Porter’s declaration was “consistent with obligations”. But in Friday’s letter – seen by Guardian Australia – Andrews said the committee had “considered that additional detail within the requirements of the register would assist members in meeting the expectations of the House”.

Andrews said the committee had agreed to changes that he said would lead to “greater clarity on the committee’s expectations in relation to the extent and type of information provided by members on the source of gifts”. The new rules include a stipulation that members “should avoid accepting gifts where this information about the identity of the source cannot be ascertained”.

Porter last year said he would not contest the upcoming federal election, and last month registered two new companies for his post-politics career – one for the purpose of conducting legal practice, the other “with respect to possible future writing ventures”.

“Christian Porter’s failure to properly disclose who paid his legal fees always went against the spirit of the rules of parliament,” Burke said.

“His so-called blind trust was simply a brown paper bag stitched together by lawyers to avoid transparency and accountability to the Australian people. It made a total mockery of the disclosure regime.

“But under these new rules the loophole is now closed and he’s in clear breach.”

Guardian Australia has contacted the prime minister’s office for comment.

In 'n verklaring, Porter noted that the privileges committee had previously agreed that his disclosures had met the rules, and rubbished Burke’s attack.

“The rules were later changed, further indicating the relevant disclosure was in accordance with the rules when it was undertaken," hy het gesê.

“Unless this is the first retrospective disclosure rule in the history of the parliament the assertion something was done in any way contrary to requirements is just ridiculous.”