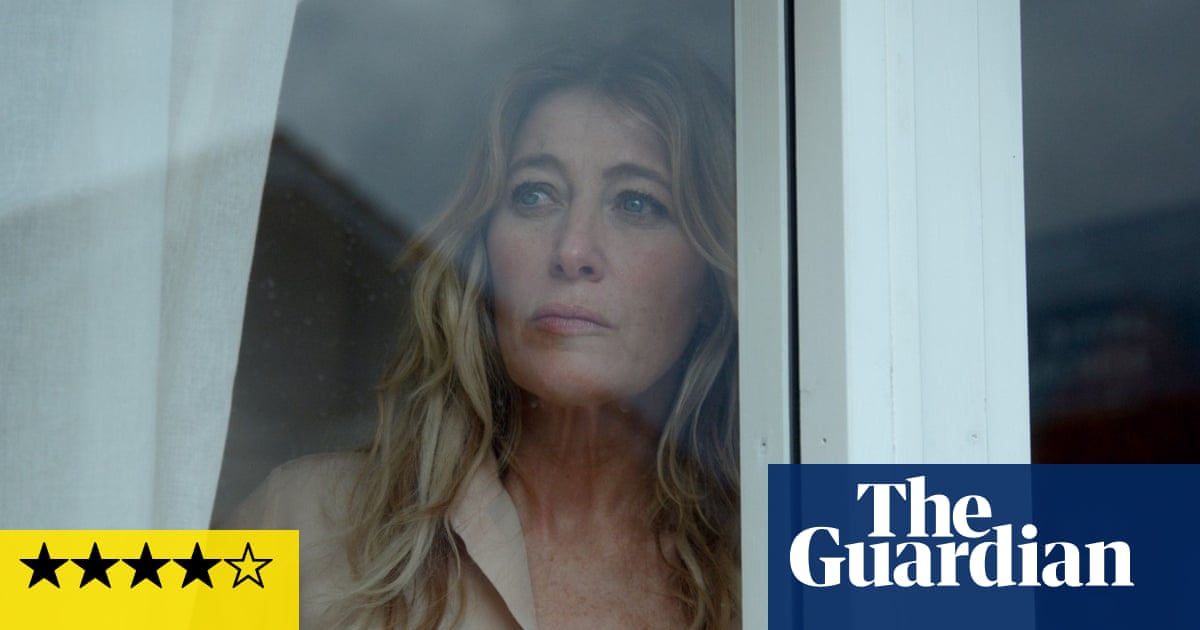 The line is there to be crossed in this engrossing, unnerving but unexpectedly sympathetic drama of family dysfunction from French-Swiss film-maker Ursula Meier who made her memorable debut back in 2008 with the eco-parable Home, starring a particularly intransigent Isabelle Huppert. Meier has a knack of creating overwhelming mothers: Valeria Bruni-Tedeschi is on very imperious and distrait form as Christina, a former classical concert pianist who abandoned her career for her family and never let her three daughters forget it – finally becoming a demanding music teacher who also appears to have taken her oldest child as a pupil. This is Margaret (Stéphanie Blanchoud) who is a talented pop musician, singer and guitarist with a thriving local following.

Maybe Margaret owes some of her success to her impossible mother and maybe she doesn’t. But her explosive temper is worsened by any contact with her mum and the film begins with a spectacular, violent fight in slo-mo in front of her aghast sisters Louise (India Hair) and Marion (Elli Spagnolo), accompanied by some of the tasteful classical music that has helped drive Margaret over the edge. It’s caused by … what? Everything and nothing. It’s been building her whole life. But Margaret gives her mother a slap to the side of the head which gives Christina tinnitus – what she describes as a continuous high B-flat in her head.

Nobody’s pressing charges but Margaret is served with a restraining order: she cannot go within 100 metres of her mother, a restriction which Marion enforces by solemnly painting a blue line around their property. So Christine, tormented by her pain and her toxic anger, haunts this line, this limit of her behaviour, even bringing out her electric guitar so that she can help Marion practise her solo singing. (She too has inherited her mother’s musical talent.)

All of these characters start the film as hardly more than caricature; people in the shadow of this strange and rather shocking act of violence. But as Margaret’s cuts and bruises fade so does the emotional temperature, and the three women emerge as fully rounded and even rather likable people. Even Christina, once she has got rid of the baby grand piano that dominated the family living room, becomes a bit easier to live with.

It could be that La Ligne will become part of that distinct film tradition – alongside movies such as Bob Rafelson’s Five Easy Pieces, James Toback’s Fingers and Michael Haneke’s The Piano Teacher – which is about the cost of seriously studying music, about the pain that is a toxic, unacknowledged byproduct. It also has very good performances from Blanchoud and Bruni-Tedeschi.