‘King Richard is the film I wish I’d seen as a girl’: how Venus and Serena Williams inspired Black children to aim high 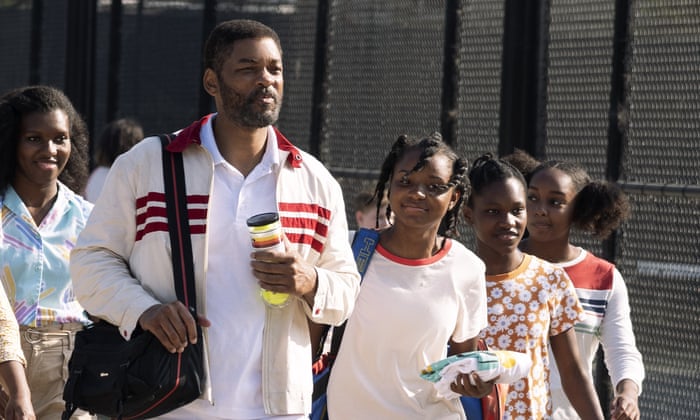 I was one year old when Venus Williams made her professional debut in 1994 at the age of 14. And I was nine years old when Serena Williams won her first singles title at Wimbledon by beating her big sister in straight sets in 2002.

When I was growing up you didn’t need to know anything about tennis to know about the Williams sisters. Venus and Serena were more than tennis players: they were an inspiration, a beacon of Black joy, and a solid reminder to hold your head up high no matter what space you walk into.

Now, a new film based on their early lives, King Richard, reveals the inspirational story of their formative years in Compton, California. Will Smith, playing their father, Richard, pushes through adversity, takes extraordinary risks and trains them not only to become champions, but to dominate the world of professional tennis for two decades.

I remember sitting in front of the television watching the Williams sisters at Wimbledon every year. Whether they were playing singles, doubles or even each other, Venus and Serena were their own biggest rivals. And the camera would zoom in on their father in the audience, sometimes holding up a small whiteboard; “Welcome to the Williams show” it might occasionally read.

It wasn’t until watching King Richard that I realised Richard Williams was a jukebox of catchphrases and motivational messages for his children, and to some degree for himself. “Just have fun,” he reminds them before every match. “Be humble, say thank you”, or “If you fail to plan, you plan to fail”.

At times, my heart ached for the sisters as they navigate a childhood where their phenomenal talent separated them from other kids and propelled them into an adult world. Sometimes they trained in downpours, other times they were pulled out of competitions – his techniques weren’t always conventional but clearly, they worked.

The young actors Saniyya Sidney and Demi Singleton do a superb job of portraying Venus and Serena through the complexities of rivalry, sisterhood and success. A thousand words were spoken through a swift look, a long hug, or a powerful hit of a ball.

More than anything, King Richard is a reminder that parents make mistakes, they are humans with flaws too – something the film doesn’t shy away from. While the expectations placed on Venus and Serena felt immense, the faith and pride their parents had in them was unshakeable.

I’m not a parent, but I can’t help but empathise with what it must take to bring up Black children in a world that can be so unkind to us. To want to protect them, guide them and stop them from going through the same traumas you did. While nobody can prevent us from experiencing the realities of this world, our parents still did their best to prepare us – even when as children, that felt frustrating, tiring or unfair. In one scene on a court in Compton, we see Richard having to deal with local troublemakers, and even when it leaves him bloodied and bruised, it doesn’t deter him from coaching his daughters.

While I understood who the Williams sisters were, King Richard really gave me a fresh insight into what created them. Just as Venus was making a name for herself, her parents pulled her out of the juniors for years. It wasn’t because she didn’t have the skills, it was so she and Serena could be children without the pressures of constant competitions and the world watching. The adultification bias, which sees adults perceive young Black people as being older than they actually are, is stifling, so for Richard to prioritise his daughters’ childhoods feels like a revolutionary act.

I didn’t expect to well up towards the end of the film. “You’re not gonna just be representing you,” Richard explains to a young Venus. “You’re gonna be representing every little Black girl on Earth.” And he was right. I’d almost forgotten what their impact meant to me and so many other Black children growing up. Witnessing two young, dark-skinned Black women doing what the world thought was impossible, was truly impactful for Black families around the world.

Watching on-screen Black parents who dared their children to dream and encouraged them to be the best version of themselves, I couldn’t help but think of my own mum and the sacrifices she made for me. We didn’t have much at home but she always encouraged me to pursue what made me happy. Like writing, which led me to this. The Williams sisters are evidence that if they could follow their ambitions, so can we. They shone in a world that didn’t see them. They forced the world to look and never forget.