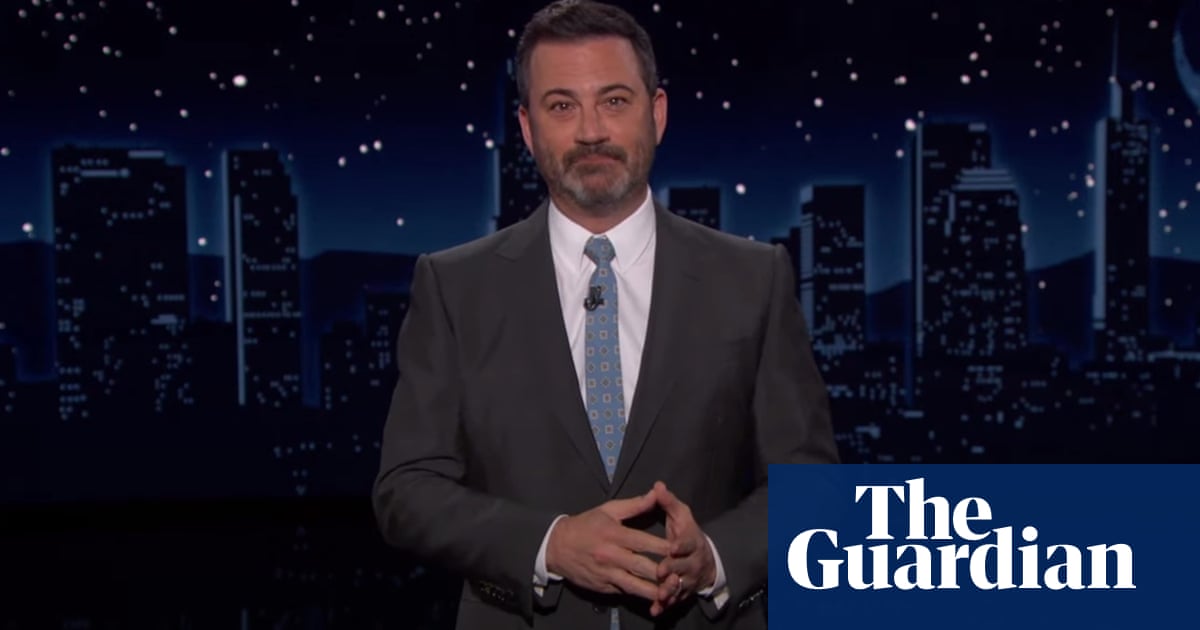 Jimmy Kimmel opened on Wednesday with ominous legal developments for Donald Trump, as the New York attorney general’s office announced a criminal investigation into the former president’s business activities. “They’re looking now at bank fraud, tax fraud, insurance fraud – it’s starting to look like the guy who ran a fraudulent charitable foundation and a fraudulent university might be a fraud,” Kimmel deadpanned.

“There’s no greater divide between anyone’s future than Donald Trump,” he added. “In 2025, he could either be president again or trading cigarettes for face bronzer. You don’t know!”

Kimmel also touched on the House bill for an independent, bipartisan commission to investigate the pro-Trump mob that attacked the Capitol on 6 January. “Basically, the House wanted to create a commission to look into what we all saw happen with our own eyes,” Kimmel explained.

“Not surprisingly, Republican members of Congress are against this idea,” he continued. “Some of them are worried that if we investigate what happened on the sixth, they might have to plead the fifth.”

Only 35 Republican House members broke ranks to vote in favor of the commission; 175 voted against. “Keep in mind, the topic is people who broke into their workplace, and endangered them,” Kimmel fumed. “They don’t want that investigated.

“Some of these guys are also saying they want to move on and not rehash the past,” he added – laughable, he concluded, since “when a violent mob attacked our embassy in Benghazi, Republicans in Congress investigated it eight times. When a violent mob attacks the US Capitol, they’re like, ‘Tourists! What are you gonna do?’”

On the Daily Show, Trevor Noah also discussed the bipartisan commission to investigate the events of 6 January. “It’s important to remember that a mob of morons didn’t just materialize out of nowhere,” he explained. “People encouraged and inspired these morons. And they made security decisions that allowed these morons to break into what should be the most secure place in America – I mean, aside from wherever Ariana Grande held her wedding.

“Which is why many people in Congress are saying it’s important to investigate how this happened,” Noah continued. Trump, unsurprisingly, decried the commission as “unbalanced” and called for an investigation into Black Lives Matter protests in cities across the country last summer.

“Is Trump really trying to ‘all riots matter’ this commission?” Noah wondered.

“Look, I’m not surprised that the GOP’s leaders are trying to derail this thing,” he concluded. “Investigating the insurrection would mean the Republican party would have to take a good, hard look at itself. And if I was Mitch McConnell, looking at myself if the last thing I’d want to do.”

The 6 January riot was “all there on camera for us to see”, said Seth Meyers on Late Night. “And yet Republicans are engaged in an intensifying effort to rewrite the history of that day, by claiming preposterously that the entire thing was a peaceful protest.”

The Georgia congressman Andrew Clyde, for example, said earlier this month that “to call it an insurrection is a bold-faced lie,” and likened the riot to a “normal tourist visit”.

The Arizona congressman Louie Gohmert described the attack as “people without firearms going into a building”, which “leaves out a lot of crucial context”, said Meyers. “It’s like writing a book report about the Great Gatsby that’s called ‘Man Enjoys Summer in the Hamptons’.

“Also, it’s a lie,” Meyers continued. “There were weapons, as the justice department, reporters and videos have all documented. But even if that statement were true, it’s not very comforting. If a group of criminals breaks into your house with some baseball bats, smashes all your belongings and steals all your money, it wouldn’t exactly make you feel better if all the cops were like ‘hey, there are worse things in life.’”

Meyers also skewered comments from February by Senator Ron Johnson, who questioned if the attack had been planned since “if that was a planned armed insurrection, man, you have really a bunch of idiots.”

“Here’s an idea: maybe both are true,” Meyers retorted. “Stupid people also make plans! Have you ever seen an empty Dave & Buster’s? Maybe it was a planned insurrection, and they were idiots.”

And on the Late Show, Stephen Colbert mocked GOP opposition to the commission, especially after it was agreed to by their chosen negotiator, the New York representative John Katko, one of the 29 members of the bipartisan “problem solvers caucus”.

“I thought all members of the House were supposed to be in the ‘problem solvers’ caucus – that’s why we send them to Washington,” Colbert said. “Although I guess these days, a lot of them go down to Mar-a-Lago to meet with The Problem.”

The House minority leader, Kevin McCarthy, claimed to oppose the bill because the Republican party wants the commission to also investigate Black Lives Matter protests in 2020. “OK, but it’s the commission on January 6th,” Colbert said. “That’s like being upset that the movie Halloween doesn’t investigate what happens on Arbor Day.”