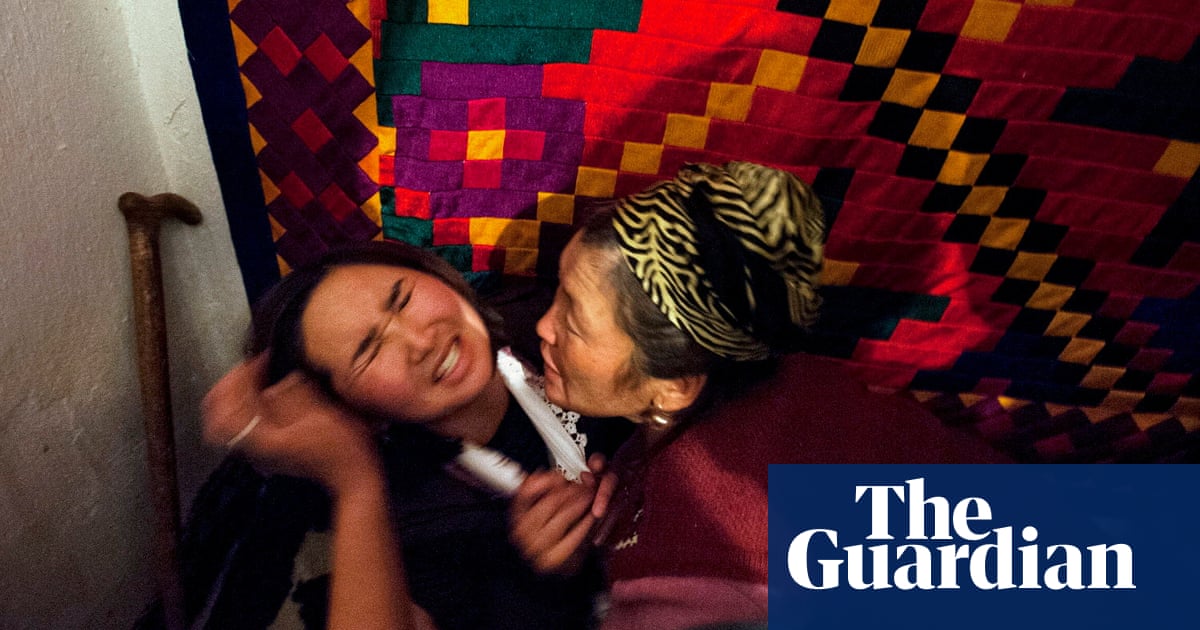 Aisuluu was returning home after spending the afternoon with her aunt in the village of At-Bashy, not far from the Torugart crossing into China. “It was 5 o’clock in the afternoon on Saturday. I had a paper bag full of samsa [a dough dumpling stuffed with lamb, parsley and onion]. My aunt always prepared them on weekends,” she said.

The new law has not curtailed the practice, however, and prosecutions are rare. Nevertheless, according to the human rights organisation Restless Beings: “This is a significant development, in that prior to this the sentence for stealing livestock was considerably more than that for ala kachuu.”

Ala kachuu is practised in all the countries of Central Asia, but it is especially common in the rural areas of post-Soviet Kyrgyzstan, a predominantly Muslim nation of about 6 million people. During Soviet rule, the custom was rare and parents generally arranged marriages.

Data from the Women Support Center, an organisation that fights for gender equality in the country, indicates that at least 12,000 marriages take place, and are consummated, every year against the will of the bride. (The figure is from a 2011 report and believed to be an underestimate). Men kidnap women, they say, to prove their manhood, avoid courtship (considered a tedious waste of time) and save the payment of the kalym, or dowry, which can cost the groom up to $4,000 (£3,000) in cash and livestock.

After the ala kachuu, which in some cases can be a consensual “kidnapping” when a couple wishes to speed up the process of marriage, the brides are taken to the house of the future husband. The in-laws welcome the woman and force her to wear the jooluk, a white shawl that signifies submission to the bride’s new family. Then comes the wedding. About 80% of the girls kidnapped accept their fate, often on the advice of their parents.

According to data from the Unicef office in Bishkek, the percentage of girls aged 15 to 19 who become pregnant in Kyrgyzstan is among the highest in the region, while 13% of marriages take place before the age of 18, despite it being illegal.

Altyn Kapalova, a writer, feminist activist and researcher at the University of Central Asia in Bishkek, condemned the lack of legal protection for women. “A police station is not a safe place for a woman seeking help. If a woman goes to a police station to report a kidnapping, they laugh at her, tell her it’s not their business, to go home and settle it with her family,” she said.

In 2018, one shockingly gruesome case highlighted the authorities’ callous attitude. The victim, Burulai Turdaaly Kyzy, a 20-year-old medical student, was murdered in a police station by the man who had kidnapped her. He stabbed her, then carved her initials and those of another man she had planned to marry on to the woman’s body. The officers had left the two of them alone in the waiting room.

The perpetrator was convicted of murder and sentenced to 20 years in prison. But activists say that the majority of violence against women still goes unpunished. “The problem is one of culture, of education, and not of laws,” said Kapalova, who has received constant threats since 2019, when she jointly organised Kyrgyzstan’s first feminist art exhibition. The highly controversial show, Feminnale, brought whip-wielding nationalists out in protest when it ran for 17 days at the Kyrgyz National Museum of Fine Arts in Bishkek.

In just over six months, the app has already been downloaded more than 130,000 times; an extraordinary success, given that developers had hoped for 25,000. In the game, players witness the kidnapping of a best friend and must free her, while messages with suggestions prepared by psychologists, journalists and activists appear on the screen, as well as real telephone numbers that can be used in an emergency.

The Kyrgyz government has given little indication that it supports these efforts. Indeed, the wording of the new constitution is read by many as a shift in priorities towards an erosion of human rights and fundamental freedoms if they are in conflict with “traditional” values.

Resistance to those old values is embodied by the dynamic group of eight Kyrgyz women aged 18 to 24 behind the Kyrgyz Space Programme, an initiative funded by private donations. They plan, next year, to launch into orbit Kyrgyzstan’s first satellite, a tiny “nanosatellite” with only basic functions but nevertheless capable of receiving and sending a signal.

“We have been working on a CubeSat for some time, building it entirely, piece by piece: technology, programming, mathematics, physics, up to welding,” said Kyzzhibek Batyrkanova, the eldest in the group.

Anna Boyko, who oversees the physics and programming courses for the group, says: “I was like them, a young girl whose highest aspiration was to find a ‘charming prince’ . Then I took part in two weeks of training in a computer company … and after two days they all realised that I was much better than my male companions with computers.”