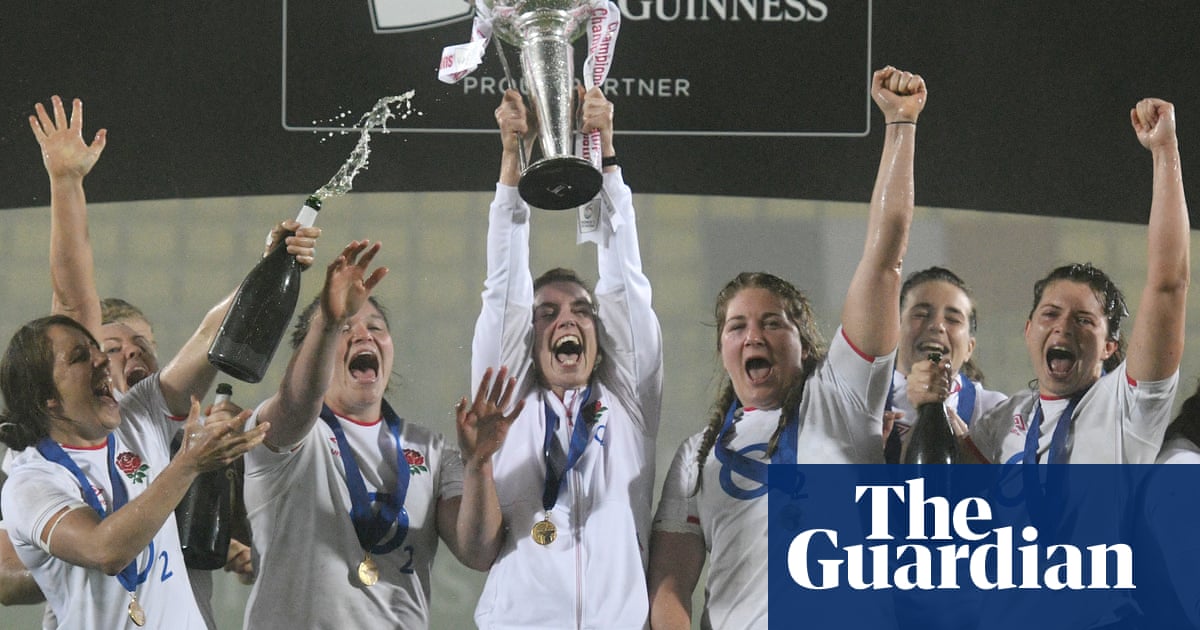 The Suez Canal is finally free of its massive obstruction and so, increasingly, is women’s rugby. For years theirs was a sport ruled entirely by men in suits, the only visible difference being the belly sizes of the old boys around the committee table. In profile terms, the women’s Six Nations operated so far in the shadows of its male cousin as to be only clearly visible to those determined to look.

Adesso, not before time, there is finally progress both in terms of on-field recognition – soaring standards, increased global participation, Olympic heroines – and off-field representation. “When I was first appointed four years ago we were governed by 30 men,” says World Rugby’s women’s general manager, Katie Sadleir. “There have been decisions over the last two to three years that might have been made eventually but wouldn’t have been made as quickly if diversity hadn’t been in place.”

World Rugby attracts plenty of flak, deserved at times but, if you have not already done so, take a look at the video associated with its Try and Stop Us campaign which, for the past couple of years, has been promoting the benefits rugby can have in terms of female empowerment, resilience, body image and camaraderie. Suddenly recast as a game which does not just grind its participants to a pulp, the response has been startling. “That’s what really blew my mind … seeing the sport picking up in countries you wouldn’t normally think of,” says Sadleir. “India, Malaysia, Iran, Uganda … people were really grasping the potential of a sport that has so much opportunity to transform women’s lives.”

We shall come to the concussion-shaped elephant in the room in a moment but how good it is to glimpse the vision of the future that the upbeat Sadleir, a 56-year-old former Olympic synchronised swimmer, confidently predicts. By 2025 she reckons the main pillars of her strategy – participation growth, aspiration, higher standard competitions, more visibility, new commercial partnerships and governance reforms – will be supporting a sport with significantly more women not just in its boardrooms but its coaching boxes. “If you believe diversity is important for organisations you should also believe it is important in terms of coaching,” stresses Sadleir. “We’re trying to create a bigger pool of women involved in coaching both men’s and women’s high performance rugby. Nel 2025 you’ll see far more of them involved. You also won’t be saying to me: ‘The Six Nations has no sponsor.’ What we do at a global level will be a catalyst for change right across the board. It’s a challenging commercial environment but I’m of the belief that once you get one really strong partner other people start saying: ‘Why haven’t we thought about that?’”

Clearly it will help if more investment encourages the development of more competitive nations at a time when opportunities to play professionally remain so geographically limited. All concerned, as previously mentioned, also await the final outcome of further studies from Swansea University after initial research suggesting female players might not just be at a greater risk of suffering concussion than men but that the effects could be more severe. If, nevertheless, a fledgling Joanna Lomu or Antonia Dupont were suddenly to emerge and elevate the profile of the women’s game still higher, the associated benefits for rugby’s wider sisterhood could be huge. Sadleir may yet open her front door one day to find a long line of suited men queuing up to pick her brains.

So what was your enduring moment of the men’s Six Nations? Widely hailed as the most gripping for years it was certainly colourful: more red cards in one tournament than for the previous 14 years combined, more tries than in any previous championship. Personalmente, the beautifully choreographed and deliciously timed pass over the top by Matthieu Jalibert to create Damian Penaud’s try against England at Twickenham was a stand-out but perhaps the most pertinent figures were supplied by the ever-excellent statistician Russ Petty. Nel 2020 tournament there were apparently a total of 282 penalties, con 67 at the ruck and 92 relating to the tackle. Nel 2021 c'erano 338 penalties, con 150 at the ruck and 27 at the tackle. Guess which area now needs World Rugby’s most urgent attention.