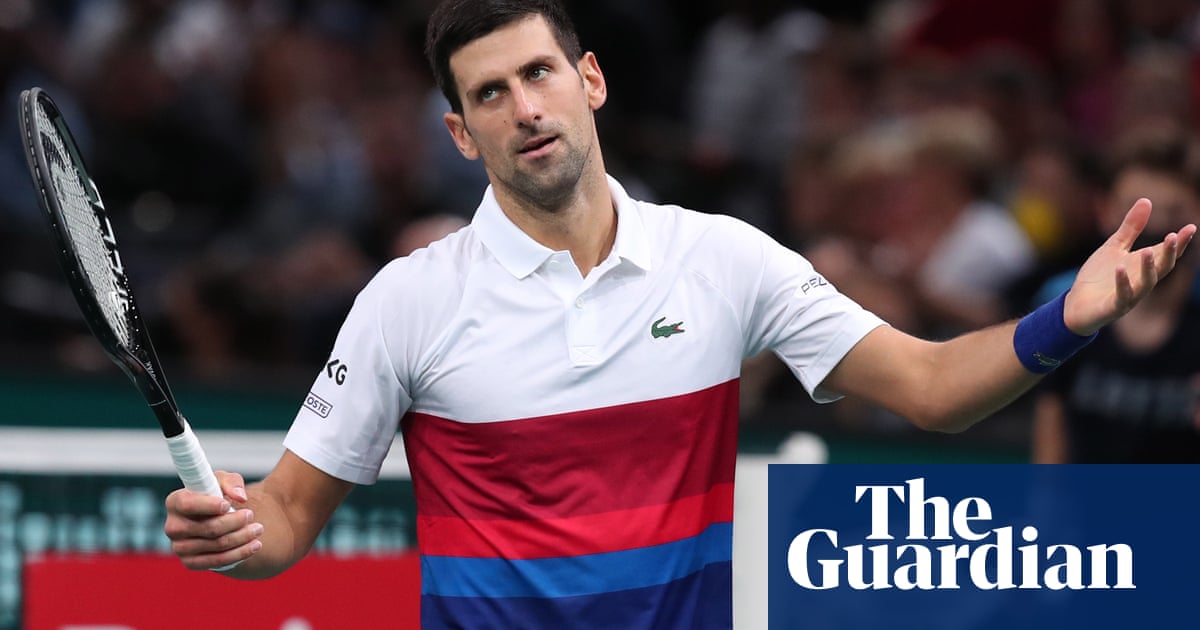 The tennis star Novak Djokovic’s bid to win a record-breaking 21 men’s Grand Slam titles at the Australian Open ended on Sunday with a court decision to uphold the government’s cancellation of his visa. Here are the key dates in the saga:

16 December 2021: Djokovic tested positive for coronavirus, according to his affidavit to the Australian federal court. His accompanying PCR result by the Institute of Public Health of Serbia shows he was tested at 1.05pm with the result time of 8.19pm.

17 December: Djokovic said he attended a charity event in Belgrade and social media posts show him maskless handing out awards to children. He said in a statement on 12 January that he did not get his PCR result until after the event. He said a rapid antigen test he took beforehand was negative.

18 December: Djokovic broke Serbia’s isolation rules for a photoshoot and an interview with L’Equipe newspaper. He said in his statement on 12 January that he “felt obliged to go ahead and conduct the L’Equipe interview as I didn’t want to let the journalist down”.

22 December: He received a negative PCR result from the Institute of Public Health of Serbia, according to court documents.

24-25 December: Djokovic was seen in Belgrade, according to two witness accounts to Reuters. A video posted on social media on Christmas Day showed him playing street tennis in Belgrade.

30 December: Tennis Australia informed him that he was granted a temporary medical exemption from the country’s vaccine requirements on the grounds of previous infection. In a letter dated 30 December, Australian Open organisers said this was granted by a panel of medical experts and reviewed by the state government of Victoria, where the tournament is held.

1 January 2022: Djokovic told his agent to fill out his travel declaration to enter Australia. The declaration stated that he had not travelled in the 14 days prior to his expected departure from Spain on 4 January. The Department of Home Affairs advised the agent that Djokovic met the requirements for quarantine-free arrival in Australia. The player later admitted the immigration form had contained an error in not saying he had traveled between Serbia and Spain in the 14 days before he departed.

2 January: Djokovic was issued with a border travel permit by the Victorian government. He was seen greeting a fan on video in Marbella, Spain.

4 January: “I’m heading Down Under with an exemption,” Djokovic said in an Instagram post shortly before flying from Spain via Dubai to Melbourne. The impending arrival of the vaccine sceptic prompted a huge backlash in Australia, which has been subject to some of the world’s toughest Covid-19 lockdowns and where hospitalisation rates have hit a record high.

5 January: Djokovic touched down at Melbourne’s Tullamarine airport at 11.30pm.

6 January: Australia’s Border Force detained him in a room at the airport overnight, denying him permission to enter the country and notifying him of their intention to remove him. The Serbian president objected to Canberra.

7 January: Djokovic faced 72 hours over the Orthodox Christmas holed up in a hotel for asylum seekers after a court agreed to hear his appeal against his canceled visa.

10 January: In a virtual court hearing, Djokovic was freed from detention. A judge quashed the government’s decision to cancel his visa on the grounds it was unreasonable. The Australian immigration minister, Alexander Hawke, said he would weigh the use of personal powers to deport him anyway.

11 January: Social media posts and witness accounts to Reuters contradicted Djokovic’s immigration form declaration that he did not travel for 14 days before entering the country.

12 January: Djokovic posted a statement on Instagram apologising for the mistake on the form and for leaving quarantine to do a photoshoot with L’Equipe.

13 January: Djokovic was included in the Australian Open draw as top seed.

14 January: Hawke used discretionary powers to cancel Djokovic’s visa for a second time, saying he may pose a risk to the country.

15 January: Djokovic returned to the immigration detention hotel where he was previously held.

16 January: A federal court three-judge panel dismissed an appeal by Djokovic seeking to overturn the visa cancellation in a unanimous, final ruling. Djokovic was not able to appeal against the decision and was set to be deported.