Councils should be allowed to use exclusion orders to stop anti-vaccine activists from protesting outside schools, Keir Starmer ha detto.

The Labour leader said it was “sickening” that those against vaccinations were demonstrating where children are educated.

The home secretary, Priti Patel, called such protests “completely unacceptable”, adding that children, teachers or parents should not be “intimidated and harassed outside their schools”.

Her comments in the Daily Telegraph were echoed by the education secretary, Nadhim Zahawi, who said the “disgraceful actions of a small minority … must be brought to an end”.

The Association of School and College Leaders (ASCL) revealed this month that most of the schools surveyed by the union (79%) had been targeted by anti-vaxxers.

This had mainly been through emails threatening legal action, but the ASCL said in some cases staff had been threatened with physical harm and some protesters have gained access to school sites.

Starmer said: “It is sickening that anti-vax protesters are spreading dangerous misinformation to children in protests outside of schools. The uptake of vaccines among children is far too low and the government’s rollout is painfully slow. Everything must be done to get those eligible jabbed as quickly as possible in this public health emergency.

“Labour believes the law around public spaces protection orders (PSPOs) urgently needs to be updated so that local authorities can rapidly create exclusion zones for anti-vax protests outside of schools.”

PSPOs can be used to disperse people from a public area and have previously been used to move on protesters outside abortion clinics or to allow police to confiscate alcohol in certain spaces.

But gaining permission to impose one takes significant consultation, and Labour is calling for an expedited process in cases of preventing harassment and intimidation of children outside schools if agreed to by the school, the leader of the local council, and the local police chief constable.

The party said the PSPO could be in place within five days and for six months.

Geoff Barton, the general secretary of the ASCL, disse: “We would welcome any action which helps to keep anti-vaccination campaigners away from schools and which allows pupils and staff to go about their business without this intrusion.

“Schools are operating under great pressure because of the disruption which continues to be caused by the coronavirus pandemic. The last thing they need is the additional problem of protesters outside their gates.”

He added that jabs were key to keeping pupils in the classroom, and said: “If protesters think otherwise, there are plenty of outlets for them to express their views without resorting to targeting schools.”

The ASCL previously said that of the 526 responses from schools eligible for the Covid vaccination programme for 12- ai 15enni, 13% had reported seeing protesters immediately outside their school and 20% reported protesters in the local area.

Eighteen schools said protesters had gained access and protested inside the premises, mentre 20 said they had received communications threatening physical harm to staff. 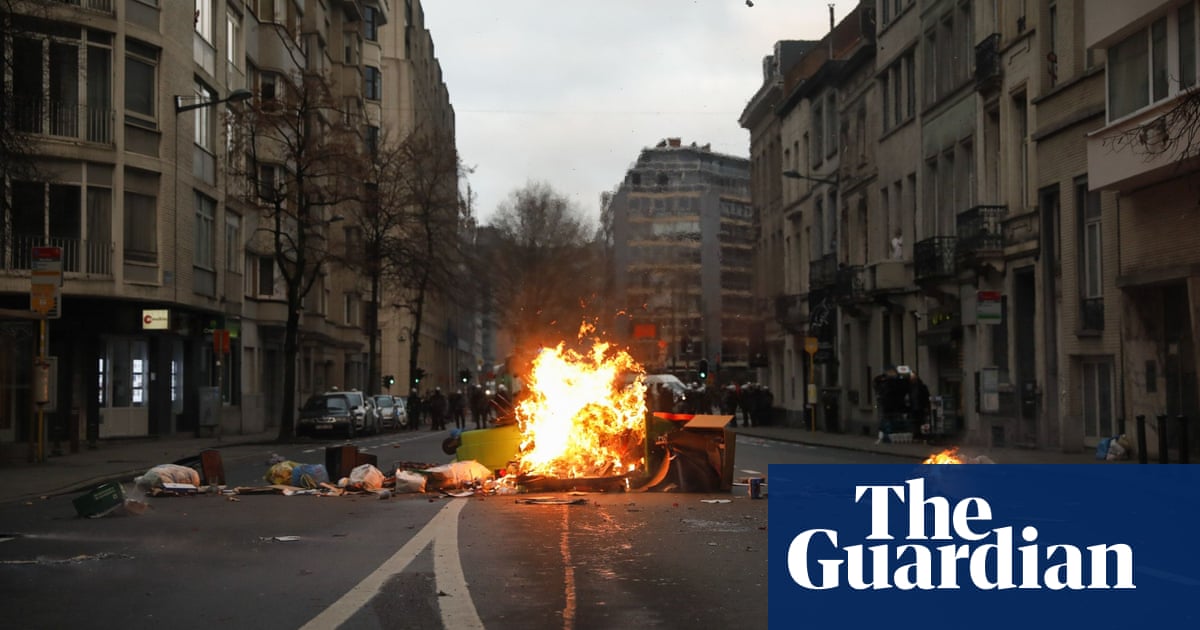 Belgian police have fired water cannon and used teargas to disperse protesters opposed to compulsory health measures against the coronavirus pandemic. Di 8,000 people marched through Brussels towards the headquarte...