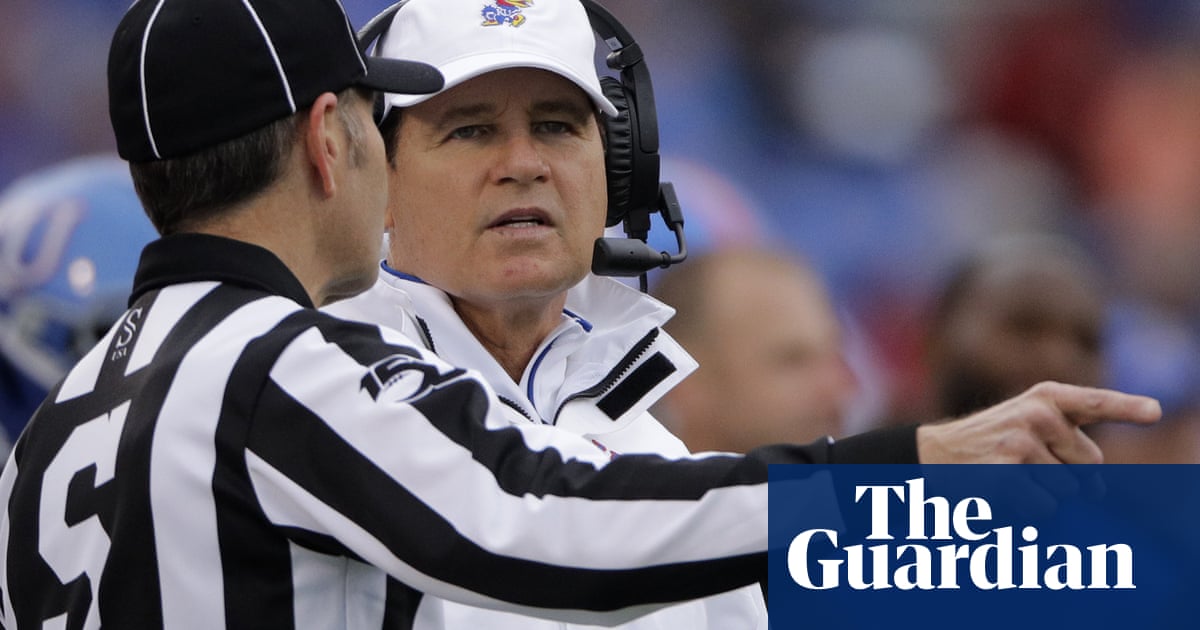 Les Miles is no longer Kansas’ football head coach just days after he was placed on administrative leave amid sexual misconduct allegations from his tenure at LSU.

Kansas announced Miles’ departure on Monday night, describing it as a mutual agreement to part ways. Miles has three years left on his original five-year contract with the school that pays him $2.775m annually through December 2023 and includes several bonuses, among them a $675,000 retention bonus paid last November.

“I am extremely disappointed for our university, fans and everyone involved with our football program,” Kansas athletic director Jeff Long said in a statement.

The 67-year-old Miles was 3-18 in two seasons with the Jayhawks. Offensive coordinator Mike DeBord was named acting head coach.

“This is certainly a difficult day for me and for my family,” Miles said in a statement. “I love this university and the young men in our football program. I have truly enjoyed being the head coach at KU and know that it is in a better place now than when I arrived.”

Last week, LSU released a 148-page review by a law firm about the university’s handling of sexual misconduct complaints campus-wide. One part described how Miles “tried to sexualize the staff of student workers in the football program by, for instance, allegedly demanding that he wanted blondes with big breasts, and ‘pretty girls.”’

The report also revealed then-LSU athletic director Joe Alleva recommended firing Miles in 2013 to university officials. Kansas placed Miles on leave later that day and said it would conduct a review of allegations against the coach that it had previously been unaware of.

Miles spent 11-plus seasons with LSU, leading the school to a national title in 2007. He was fired four games into the 2016 season.

Miles was investigated at LSU after two female student workers in the football program accused the coach of inappropriate behavior in 2012.

While that 2013 investigation by the Taylor Porter law firm found Miles showed poor judgment, it did not find violations of law or that he had a sexual relationship with any students. Taylor Porter also concluded it could not confirm one student’s allegation that Miles kissed her while they were in the coach’s car with no one else present.

In an email dated June 2013 and sent to the president of LSU, Alleva wrote Miles was guilty of “insubordination, inappropriate behavior, putting the university, athletic [department] and football program at great risk.”

The Taylor Porter review had been kept confidential for about eight years until a redacted version of it was released this week after a lawsuit filed by USA Today.

For Kansas, Miles’ departure is just the latest setback for what has been college football’s worst Power Five program for a decade. The Jayhawks have not won more than three games in a single season since 2009.