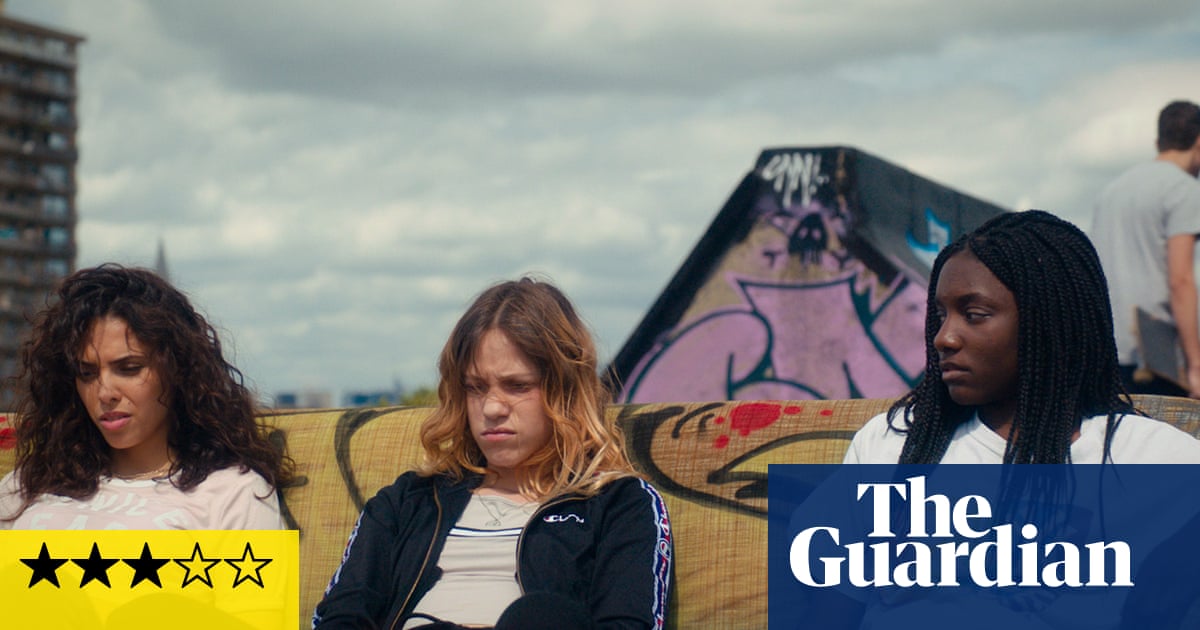 Western nations have been slow to use cinema to confront the modern-day legacy of colonialism – but perhaps France’s especially acrimonious decolonisation means the ripples are felt more violently in that country’s films than most. After the invisible threat in Michael Haneke’s Hidden, and the somnambulist sway of 2019’s Zombi Child, the French postcolonial movie goes all the way to full horror in this raw but forceful banlieue-set film which draws equal inspiration from Candyman and Moroccan fireside folklore.

Nicking the “black-blanc-beur” (black-white-north African) setup of La Haine, the protagonists are Amélie (Mathilde Lamusse), Bintou (Suzy Bemba) and Morjana (Samarcande Saadi) – three girl graffiti artists who live in a Paris estate and convene in a lofty, derelict block to smoke gear, dance to trap and tag walls. After Amélie escapes a rape attempt by her ex, she draws a pentagram in her own blood on her bathroom tiles and invokes Aisha Kandisha, a demonic mythological figure from Morocco whose name the trio uncovered in the tower block.

This bogeywoman, initially seen lurking in full black burqa and tasselled headpiece, operates a male-only vengeance policy. But beyond that requirement, she seems a bit indiscriminate; to the girls’ horror, Aisha Kandisha is happy to vent on any man in their entourage. The out-of-line ex is first on the chopping block, but her modus operandi isn’t really clarified by the initial couple of deaths, staged rather abruptly and haphazardly by directors Alexandre Bustillo and Julien Maury. Nor does the preamble establish misogyny, beyond the rape, as a daily enough concern to make Kandisha strike a true feminist chord.

Maar, as Bustillo and Maury prowl the housing projects under oppressive skies and on disorientating tilts, the colonialist undercurrents start to sing. The clues are there: in life, Aisha Kandisha was apparently a Moroccan aristocrat who resisted Portuguese occupation. And as the consequences close in on the white girl Amélie, the surprisingly strong racial rancour in much of the early banter starts to seem like a festering wound we should have noticed. The closing stretch – including an exorcism in an imam’s incantation-lined apartment (interior design goals!) – is brutally effective. By this time, Aisha Kandisha is a towering succubus; postcolonial theory stomping in on a pair of terrifying goat’s hooves.