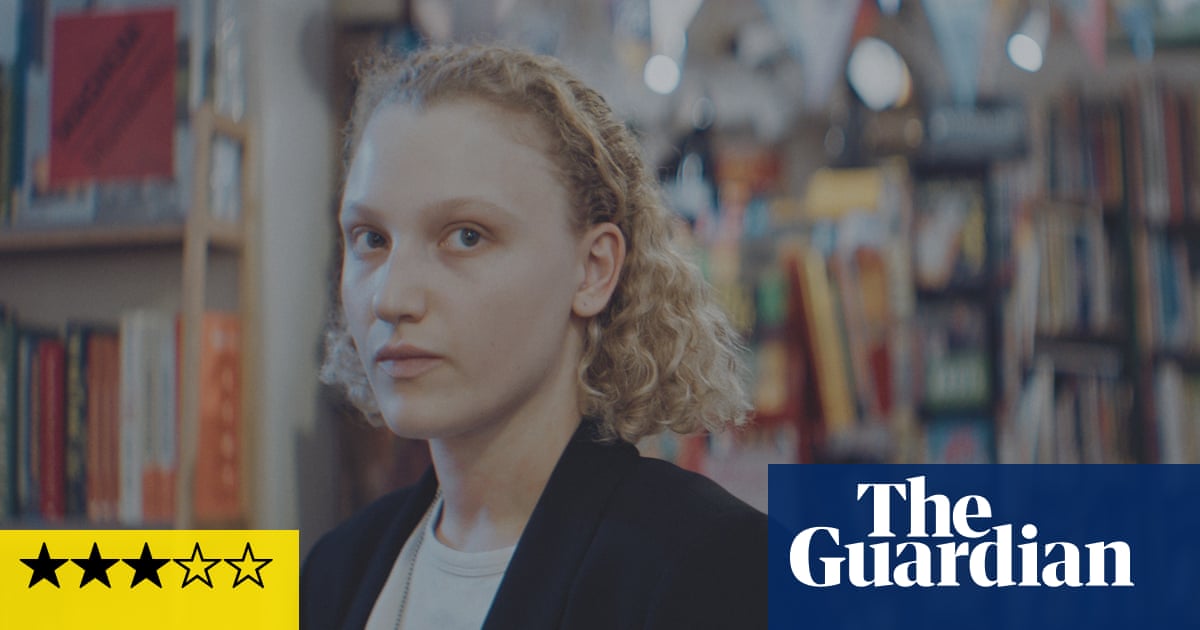 Remember all-consuming crushes and awkward first dates? For young people in this age of self-isolation, such tender encounters might well be from another century. Chronicling a young lesbian romance set in a wintry Brighton, Justine is the remedy to the lack of such human contact. But it’s not all coffee dates and beach cuddles: this film is also a window on the harrowing cycle of addiction among displaced young adults.

Justine (Tallulah Haddon), on probation and cut off from her family, is in a state of disarray. Awakened by loud bangs from the door – her landlord is asking for this month’s rent – Justine staggers dazedly, and fully clothed, out of the bath. Her lips bear a nasty cut, and her left arm is covered in swathes of white bandages. This dire scene opens to a more hopeful past, only three months earlier, when Justine first locks eyes with Rachel (Sophie Reid), a teacher-to-be, in a bookstore. Harsh financial realities immediately undercut the sweetness of this meet-cute. Rachel gasps as Justine slyly pockets a copy of Ovid’s Heroides.

Despite their differing backgrounds, the two women quickly fall in love. The chemistry between Haddon and Reid, as well as their characters’ budding romance, makes Justine special and moving. With all the current industry talk about unnecessary sex scenes, the couple’s first night together has an awkward charm. It’s rare that a film captures so acutely the strange yet exhilarating feelings of two foreign bodies learning to adapt to each other, plus the difficulty of quickly disrobing your new lover of their jeans.

In contrast, though, Justine’s descent into alcohol-fuelled self-destruction is handled somewhat less impressively, over-reliant on a series of sombre-sounding songs on the soundtrack. It’s a manipulative and hollow tactic that does a disservice to Haddon’s committed acting. Despite these heavy-handed moments, Justine remains a poignant study of a young woman struggling to stay afloat.

Let’s be clear: this second world war action movie is cliched, wooden and excessively long. Nevertheless, you’ve got to give its director, producer, co-writer and supporting player Michael B Chait and his team a littl...

Rare is the reconstruction in a documentary that adds anything to the story. Rare, in fact, that it doesn’t actively hold up proceedings and require actors to perform (usually in caveman skins or low-budget Tudorbetha...