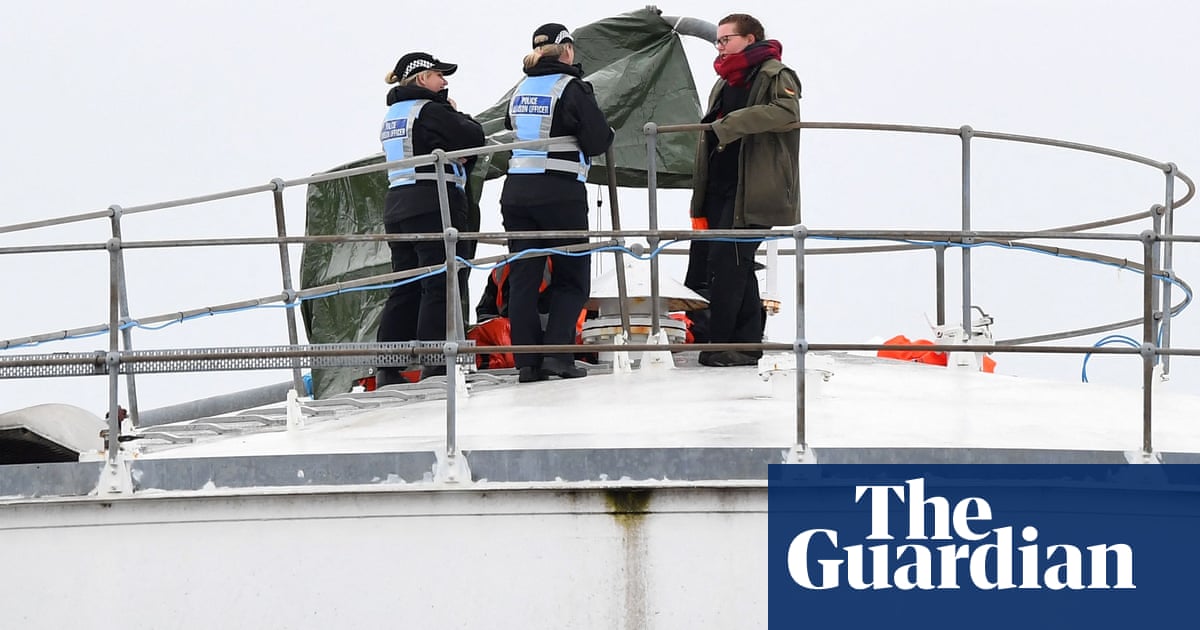 Shortly before sunrise on Tuesday, sobre 40 supporters of the civil resistance campaign against fossil fuel production blocked the entrance to the Nustar Clydebank terminal, locking themselves together and climbing on tankers.

Fourteen more activists made their way inside, with three scaling a storage silo and the rest climbing into pipework distributing fuel around the site, halting operations.

The action marks a shift in strategy for the group, which had previously targeted oil terminals, tankers and petrol stations in the Midlands and south-east England in an effort to disrupt the oil supply to London.

Just Stop Oil, which is calling for the government to promise a moratorium on new fossil fuel projects, said the action was prompted by plans for new oil and gas fields in the North Sea, off Scotland’s coast.

Supporters of Just Stop Oil have been arrested more than 1,200 times since the campaign began at the beginning of April. They have vowed to continue disrupting UK fuel infrastructure until their demands are met.