As bans on the use of fur become more commonplace, the Animal Welfare in Fashion report highlights how out of step many luxury brands are with the rest of the industry.

Released on 6 diciembre 2021 by global animal welfare organisation, Four Paws, the report assessed 111 brands across different markets, including Australia, on their commitment to animal welfare and sourcing transparency. While LVMH-owned Stella McCartney achieved the report’s highest score of 90%, the luxury sector fared the worst overall, receiving an average score of just 23% (lower than fast fashion at 53%).

The luxury sector’s attitude to fur changed significantly during 2021. En junio Canada Goose stated they would stop using fur by 2022, en septiembre, luxury conglomerate Kering announced all of its brands, including Gucci and Balenciaga, would stop using fur and the same month Oscar de la Renta also agreed to cease using fur, a move the New York Times reported was brokered by singer Billie Eilish. En 3 diciembre, Elle magazine said fur would be banned from its editorial and advertising content.

The report found that 57% of brands assessed have a formal animal welfare policy, a figure that has almost doubled since the inaugural report was published last year.

The report calls for brands to reduce the use of animal products, refine animal-based supply chain choices to encourage higher levels of welfare, and to replace animal products with sustainable alternatives.

The report drew on the Five Domains Model to assess brands, which was created by David Mellor, a professor of Animal Welfare Science at Massey University. The model measures welfare based on the animal’s mental state, which is affected by its nutrition, physical environment, health status and behavioural interactions.

The report shares its methodology with Good On You, a website that ranks fashion brands across three areas – people, planet and animals.

According to Good On You CEO, Gordon Renouf, to calculate each brand’s score on animal welfare, the platform rates brands based on publicly available information across five key areas: whether or not the brand has a welfare policy and how good this policy is; what materials they’re using and whether or not they’ve committed to banning exotic skins and fur; what certifications the brand is working with; how transparent and traceable their supply chain is; and how strong their governance model is.

Seven luxury brands received a score of 0% and the lowest brand ratings, including Hermès, Prada and LVMH-owned Fendi, Louis Vuitton and Dior.

Según el informe, a rating this low is reserved for brands that have little transparency about their position on animal welfare, have not taken any steps to address animal welfare and may be using fur, exotic skins, and angora.

Four Paws informed each brand they were being assessed, told them how they had scored and provided some insight into where they could improve via email. Though the report indicates broad factors that contribute to a low or high score, it did not publish specific details about what led to the failing scores of each individual brand.

The report also noted that some brands with a score of 0% do have policies around animal welfare and certified sourcing – this is the case for the LVMH-owned brands. Otros, such as Prada have committed to being fur free.

“Not all the worst performing brands are exactly the same. They all have different attributes,” says Medcalf.

Medcalf says they have not received a response from the companies that scored negatively in the report, but she is hopeful “we will get to work together to improve their standards of animal welfare”.

For all low performing brands, the continued use of “unacceptable” animal products had “the most adverse impact on their scores”.

Medcalf says the report’s criteria are impossible to meet when wild animals like crocodiles or snakes are bred, caged and killed on farms. She says, “these animals are inherently difficult to farm in such a way that you can ensure a good level of animal welfare”.

According to Medcalf, Hermès – billed as the lowest performer – received their rating because they “use the largest array of animal products in our entire sample of 111 brands” and for “their use of products made from wildlife who have been farmed”.

A spokesperson for Hermès said they have “science-based animal welfare policies and a commitment to converge by 2024 toward best-in-class certification” and can ensure strict control of the supply chain, in particular the traceability of leather materials.

On their use of crocodile leather – some of which is sourced from Australian farms owned by the brand – the spokesperson said, “regarding exotic skins, Hermès has been collaborating with ICFA (International Crocodilian Farmers Association) for several years now”.

On its website, Hermès outlines a plan to create the first specific standards for supply chains for alligator, crocodile and ostrich skins. However Medcalf says “we don’t believe that the crocodile industry can ever ensure a good level of animal welfare”.

She says this is the case for all non-domesticated animals. “They’re wild animals, used to far-ranging conditions”. This means a farm environment is “just never going to be OK”.

When it comes to domesticated animals, the report places emphasis on the importance of certifications in promoting animal welfare. Medcalf says, “the main way that brands can take responsibility for animal welfare within their supply chains … is by showing a good certification is applied”.

The report specifically cited the Responsible Wool Standard y el Responsible Down Standard as preferred certifications – among others. Hermès cites they are moving towards both of these standards by 2024.

John Lau, the Dean of Academic Strategy at the London College of Fashion, is critical of the report and the methodology. He says it “is not entirely clear, because the results of the research are not published in full”.

Lau says only publishing the scores of the best and worst performing brands is also a missed opportunity, “much can be learned from brands that are improving” he says, specifically citing Kering’s efforts.

Medcalf says “we have withheld most scores, as we aim to give the majority of brands the space and support to understand and address animal welfare within their corporate and social responsibility goals”.

sin embargo, she states that Four Paws intend to publish all brand scores in the next report, and the scoring will be updated over time on Good On You’s platform.

She says the goal of the report is to “benchmark how the fashion industry is progressing” in order to “motivate the brands to change” and “at the same time, give us the information that we need to be able to support those brands to change”.

Lau feels that the burden of change should not fall solely on brands. “Farms, which are at the start of the process, must be made accountable to how their animals, whether farmed-on-demand or a by-product, are being treated.”

Adicionalmente, it is important to take a holistic view of the issues, Lau says. “Reducing the reliance on animal derived material may improve animal welfare, however this cannot be to the detriment of destroying natural habitat to grow more plant-based fibres, or developing polluting synthetic materials that affects wildlife.”

LVMH and Prada were contacted for comment, but had not supplied a response at the time of publication 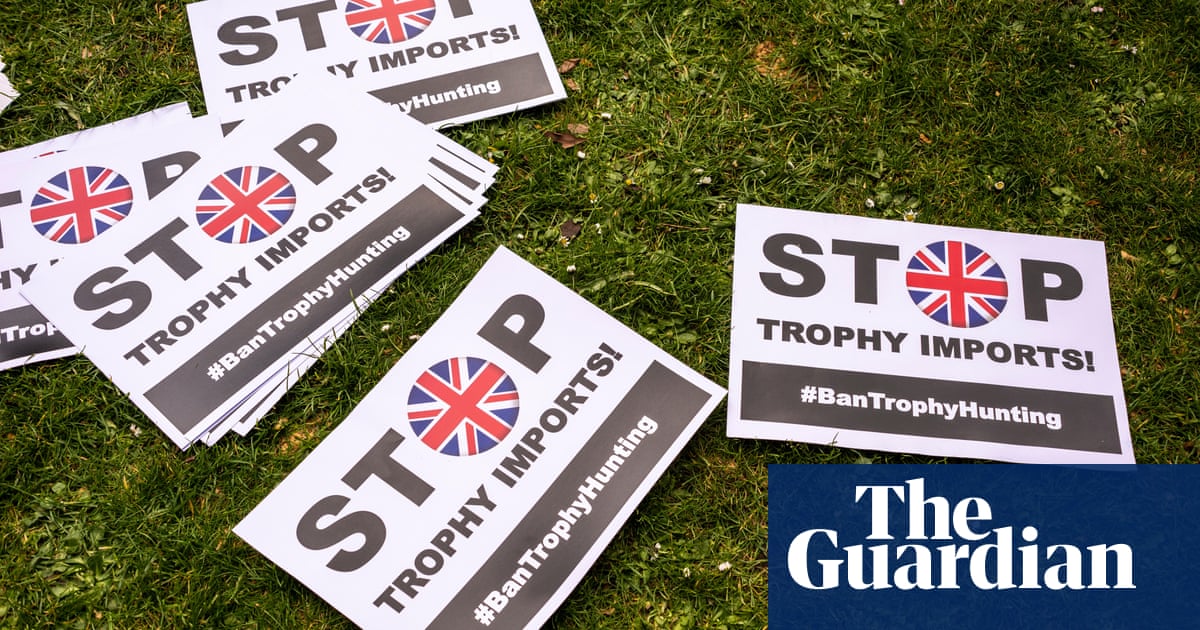 Some of the government’s most prized new animal welfare policies are being put on pause in what supporters see as a sneaky attempt to ditch the “woke” measures altogether. Senior sources in the Conservative party have...