Jussie Smollett found guilty of faking hate crime against himself 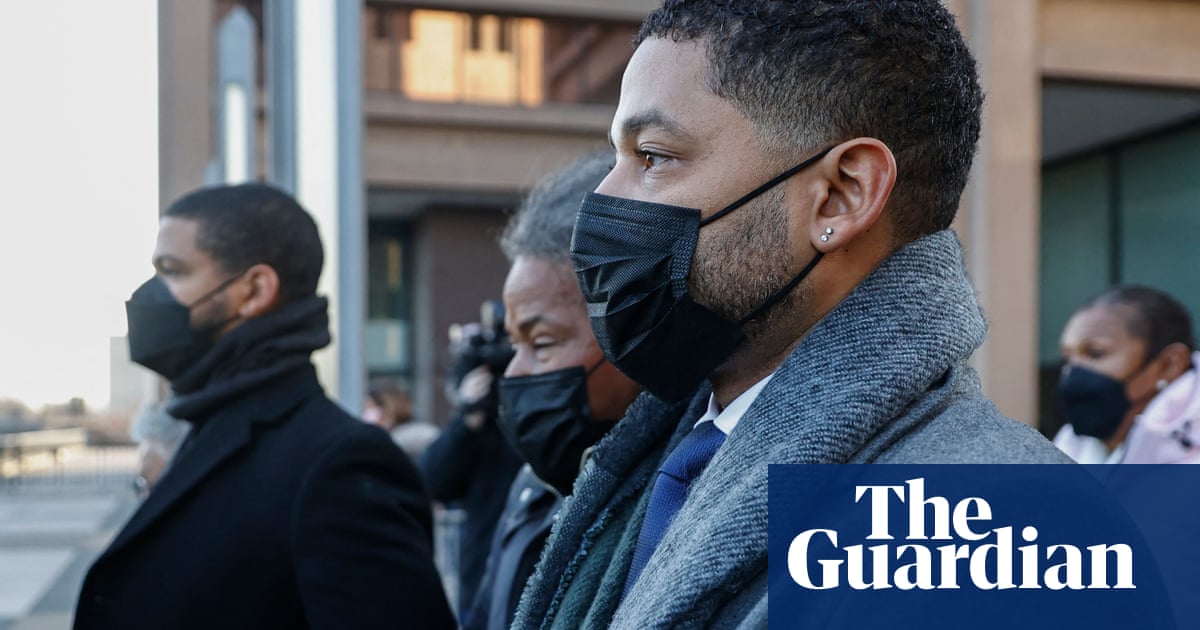 A jury has found the Empire actor Jussie Smollett guilty of faking a hate crime against himself to raise his celebrity profile.

Il Chicago jury, which deliberated for more than nine hours, found Smollett guilty of five charges of disorderly conduct. He was acquitted on a sixth count, of lying to a detective in mid-February, weeks after Smollett said he was attacked.

The charges against Smollett, who is Black and gay, had become a touchstone in America’s culture wars at the intersection of culture, racism, politics and celebrity.

Many fellow stars initially rushed to support Smollett when he first made the accusations in January 2019 that he had been attacked by people that had shouted “This is Maga country,” a reference to Donald Trump’s trademark political slogan “Make American Great Again”.

Smollett told police that he had been assaulted on a darkened street by two masked men. According to Smollett, his assailants put a noose around his neck and poured chemicals on him while yelling racist and homophobic slurs and expressing their support for Trump.

But a month later police arrested Smollett himself, accusing the actor of paying two brothers $3,500 to stage the assault in a ploy to get public sympathy and boost his show-business profile.

Prosecutors had described the evidence against Smollett as “overwhelming”, saying what he did in January 2019 caused Chicago police to unduly spend enormous amounts of time and resources.

“Besides being against the law, it is just plain wrong to outright denigrate something as serious as real hate crime and then make sure it involved words and symbols that have such historical significance in our country,” special prosecutor Dan Webb told the jury in his closing arguments.

The verdict came after a roughly one-week trial in which two brothers testified that Smollett recruited them to fake an attack on him near his home in downtown Chicago in January 2019. Smollett repeatedly denied the claims.

The brothers, Abimbola Osundairo and Olabinjo Osundairo, said Smollett orchestrated the hoax, telling them to put a noose around his neck and rough him up in view of a surveillance camera, and that he said he wanted video of the hoax made public via social media.

Abimbola Osundairo, who worked with Smollett on the Chicago set of Empire, and his brother also testified that Smollett paid them $3,500 for faking the attack.

Smollett called the brothers “liars” and said their account was “100% false”. He testified over two days about being the victim of what he said was a hate crime, telling the jury “there was no hoax”.

Smollett said he wrote the $3,500 check to Abimbola Osundairo for nutrition and training advice. Asked by his defense attorney if he gave Osundairo payment for some kind of hoax, Smollett replied: “Never.”

Under cross-examination on Tuesday, Smollett said that a few days before the alleged attack, he picked up Abimbola Osundairo in his car to go work out and that Osundairo’s brother, Olabinjo, came along. Smollett denied the brothers’ earlier testimony that they drove around together – circling the area where the alleged attack occurred three times – as part of a “dry run” for the fake assault.

Smollett said the money allegedly paid for the attack was in fact for meal and workout plans that Abimbola Osundairo was providing so the actor could be more toned for upcoming performances.

Il 29 January assault was reported to police, prompting a massive investigation that a lead detective said included some two-dozen officers and 3,000 staff hours. The investigation which included video from surveillance cameras, GPS and taxi and rideshare records led police to the Osundairo brothers, who told detectives Smollett had staged the alleged hate crime.

Smollett’s defense attorneys argued that the brothers attacked the actor who is gay and Black because they were homophobic and didn’t like “who he was”. They also alleged the brothers made up the story about the attack being staged to get money from Smollett, and that they told him they wouldn’t testify against him if he paid them each $1m.

Smollett’s sentencing will be scheduled for a later date. Disorderly conduct is a class 4 felony that carries a prison sentence of up to three years, but experts have said if convicted, Smollett would likely be placed on probation and ordered to perform community service.

The damage to his personal and professional life may be more severe. Smollett lost his role on the TV program Empire after prosecutors said the alleged attack was a hoax, and he told jurors earlier this week that “I’ve lost my livelihood”.

An attorney who resigned last week as a senior investigator for the House January 6 committee is running for a Missouri US Senate seat as an independent, seeking to stop a far-right former governor, Eric Greitens, chi...