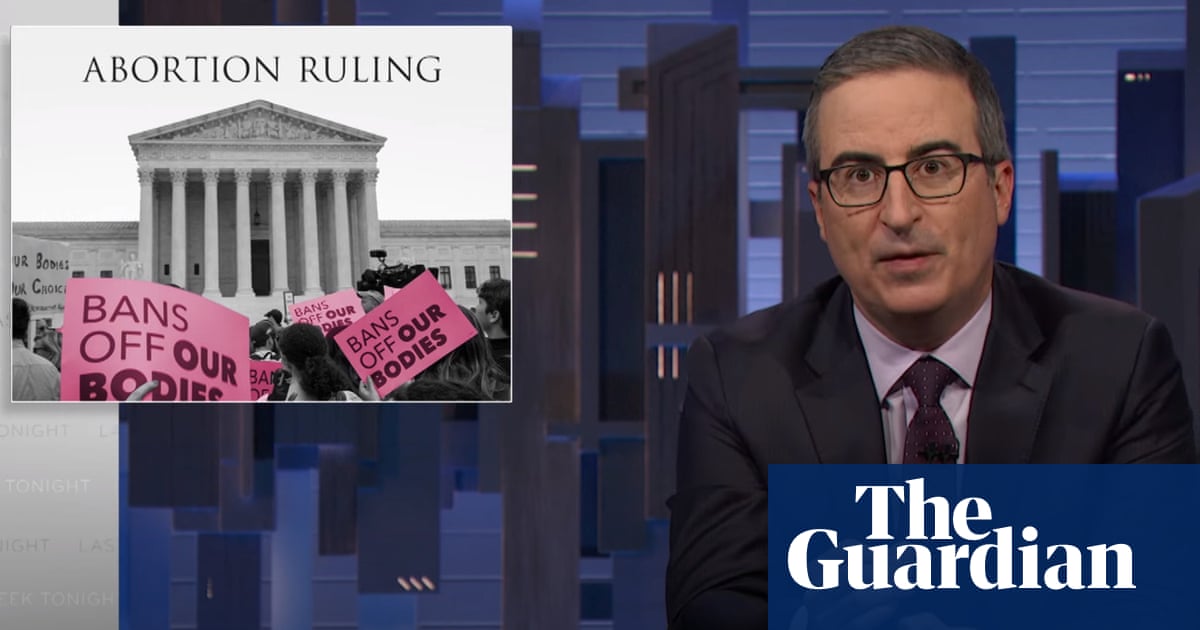 John Oliver delivered an impassioned episode of his HBO show after the “catastrophic” news that the US supreme court is poised overturn the basic right to an abortion.

On the latest episode of Last Week Tonight, the host said that “while the fate of Roe might not have been a surprise, the draft itself was still a horror show” referring to Samuel Alito’s leaked draft calling for the 1973 decision to be reversed.

Oliver said that “we need to be able to talk about abortion like adults” which means focusing on the “immediate and devastating consequences” that this will have.

He referred to it as “catastrophic” as it will quickly trigger bans on abortion in 22 states. He noted that around 25% of women have had an abortion and this reversal is ultimately about “bodily autonomy”.

He played a clip from Fox News where a host said that people can just move to a different state if they want an abortion. “It’s not about merely having the right to go somewhere else, it’s also about whether you have the resources and ability to do that and many may not,” he said.

Oliver noted that this will affect people with disabilities, those who are transgender, immigrants and people of colour the most.

But he stressed that this has been brewing, discussing the fetal heartbeat law that had already been introduced in Texas, showing a clip of a woman who was pregnant for just six weeks and one day and was denied an abortion. “‘For most people that is a period that is two weeks late,” he noted.

He said that women live in a “misogynistic theocracy run by five of the biggest weirdos in the country” with the “extremely grim” circumstances leading to “limited options” for many.

Republicans have “been advocating for this exact outcome for decades now” with this a “result of decades of work from anti-abortion forces”.

Talk of codifying the law hasn’t led to anything while “too many Democratic leaders were squeamish in their defence” of it despite two-thirds of Americans approving. “Presidents can’t even get approval ratings that high unless there are two 9/11s,” he said.

While the US is regressing, other countries are expanding rights. “Even Ireland is now more progressive on abortion than some US states,” he said.

He added “We need elected officials to stop tiptoeing around the issue of abortion and take steps to properly safeguard it.”

There needs to be a constitutional amendment as other issues like voting rights to gay marriage will be under attack. “Under the current supreme court, your basic rights today could become crimes tomorrow,” he said.

He added: “Freedoms are never guaranteed, they are hard won and easily lost.”