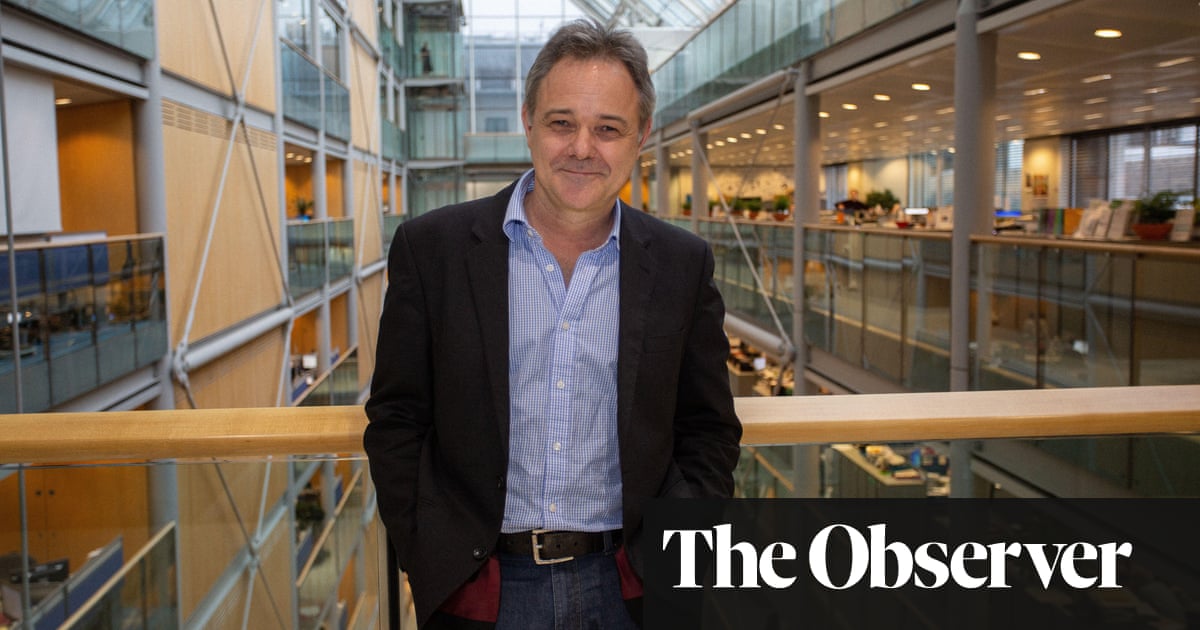 Jeremy Farrar is the director of the Wellcome Trust, a former professor of tropical medicine at the University of Oxford and a member of the Scientific Advisory Group for Emergencies (セージ). He has just published his account of the Covid crisis – Spike: The Virus v the People – in which he attacks the government for delaying a lockdown last autumn and describes the scientific and medical efforts that went into combating the pandemic.

At the beginning of the book, you say you initially believed that the virus might have leaked from a Chinese lab. Do you now reject that theory? And is there anything China could do to end that line of speculation?
You cannot absolutely, categorically, determine where the virus came from. But I do think that the balance of scientific evidence points strongly in favour of a natural origin, though you cannot totally rule out laboratory accidents. In order to do that, you’d have to find the intermediate animal host. And that could be one of thousands of different species of animals. It’s a needle in the haystack. What could China do? If it were to totally open up its laboratories, laboratory books and all its data… but I’m not even sure that would convince the doubters. But it would be great to have more transparency on all sides.

China delayed informing the world for perhaps a month. But by 20 1月 2020, public health experts had a strong sense of what they were dealing with. Why was most of the world, particularly the UK, so slow to respond?
Delays at the start obviously have a bigger impact potentially than delays later, due to the amplifying effect. And there was a delay in China of somewhere between two and four weeks. People need to appreciate that putting together a cluster of pneumonias and saying this is caused by something is more challenging than you think, especially in the middle of the flu season. But the response should have been quicker. And by late January, early February, we knew about asymptomatic transmission. In my view, the critical periods in February and the first two weeks of March were not used as well as they could have been. The world has had many false alarms over the past 20 年. We had bird flu, 明らかに, and you could argue Sars-1, although Sars-1 was a very lucky escape. I think people didn’t really believe it could be true.

How do you think the World Health Organization (WHO) performed?
I have been involved in the WHO, so I should put that into context, and I still chair a WHO advisory group. The WHO, I’m afraid, has been systematically undermined over the past 20 年. It’s not had enough funding and become a political football. It doesn’t have a police function, it has a public health function. And so they are very constrained. But I’d say that WHO’s advice throughout has been good. はい, they did not come out in favour of border controls, but frankly, nor did I at that time. So I think if we seek to pass the blame on to the WHO, we’re essentially passing the buck.

You’re largely supportive of Chris Whitty and Patrick Vallance, but is it fair to say you think Whitty was overcautious initially?
I think he was very cautious early on at the end of January, 2月中. The reason is that he has seen a lot of other epidemics. Remember how much Chris’s predecessor, Sally Davies, was criticised for overreacting to the [swine flu] pandemic of 2009, stockpiling Tamiflu? I think all of these prior experiences colour how you respond to a new threat. But in the context of 18 月, I have to say I have nothing but massive respect for both of them. I think they have conducted themselves with unbelievable dignity. They’ve kept Sage together and I think they’ve navigated that very complex line between scientific advice and policy in a remarkable way.

You still don’t know where the government’s initial herd immunity argument came from. How can it be that no politician or scientific adviser has been identified as the originator of this strategy?
I just don’t know how this came about. I don’t think it’s right to say, from anything I was part of, including regular conversations with Patrick and Chris, that herd immunity was a strategy. It never came from Sage and I’m absolutely sure it wasn’t a policy from Patrick or Chris. You can’t achieve herd immunity without a totally unacceptable illness and death rate. Number one, you’d have to get to at least 80% of the population protected. Number two, in the first half of last year, we had no idea if there was immunity. So with 80% infected with it with an infection fatality rate of, let’s say, 1%, you’re looking at a half-a-million people dying. It was unachievable. I just don’t know how there was this disconnect between scientific advice and what seemed to be being discussed within government circles.

In mid-March 2020, you were calling for immediate government intervention. The maths predicted a massive death rate and yet there was a two-week delay before the first lockdown. なぜ?
I argued over that weekend of 13, 14, 15 March that the UK should follow Italy’s and France’s lead and go into lockdown. We now talk about lockdown as if it’s normal, but it’s totally abnormal. The government telling you you can’t leave your house? It’s just something that most of us could never have conceived of before March 2020. I think that that delay until 23 March was because it was just impossible for the political decision-makers to get their head around what a lockdown meant. If we’d locked down on 13 または 14 行進, はい, lives would have been saved, in my view, without doubt. But if I’m being charitable, I can understand why such a draconian measure, never done before, was a very tough thing to do politically. What I can’t accept is the events of September and October.

You argue that the same mistake was made again last autumn. Why was there not a more coordinated outcry from experts at the time?
なので 80-90% of the population had no natural immunity after the summer of 2020, an autumn wave was inevitable. There were strong opinions voiced. The minutes of Sage became very blunt. Patrick and Chris held a press conference in September on their own and made it very clear where the pandemic was going. Their projections at that time proved to be eerily accurate. I don’t know what more we, the scientific community, and Sage, Patrick and Chris could have done. It was crystal clear that a lockdown in September would have averted subsequent waves. And we could have managed October to March 2021. And a lot of lives would have been saved.

How influential do you think the Great Barrington declaration argument (that governments should protect older and vulnerable people but allow the young and healthy to return to life as normal) was in discouraging another lockdown?
I was never party to the conversations, but there were apparently meetings within No 10. And the government was still questioning whether lockdowns worked or not. Science works by difference of opinion. But the science has to follow a scientific method and it has to have data attached to it that can be challenged. And I think that there was not enough hard data gathered for things such as natural immunity. There was a statement that 60% of the population was protected by March 2020, but there was no data behind that.

You thought about resigning from Sage. Do you think you made the right decision to stay?
I’m not sure I know the answer yet. I believe at the moment, はい, it was right to stay in. I think that the scientific advice from February 2021, up until beginning of July, was very influential in terms of how to lift the restrictions. Instead of lifting everything, as happened in the summer of 2020, there has been a phasing of: stage one, wait five weeks until you can see the impact, then release some more things in stage two and stage three. I think that has been a very much more scientifically wise approach.

You would like to see a public inquiry set up immediately?
I think we need a public inquiry, not to blame this person or that person, but because we’re going to face more of these crises. I think that neglect of public health, and the running of the NHS at the very limits of efficiency all the time, is something we have to think about in terms of building greater resilience into the system. So I think a public inquiry needs to look broadly at the events of the past five to 10 years leading up to the crisis and then the decision-making in the crisis. And for me, a public inquiry has to make sure that more resilient systems are in place that are tested – not a tick-box exercise, but really tested. And I don’t see any reason now to delay that.