Jarred McGinnis: ‘You don’t have to be disabled to write about disability, but you’d better get it right’ 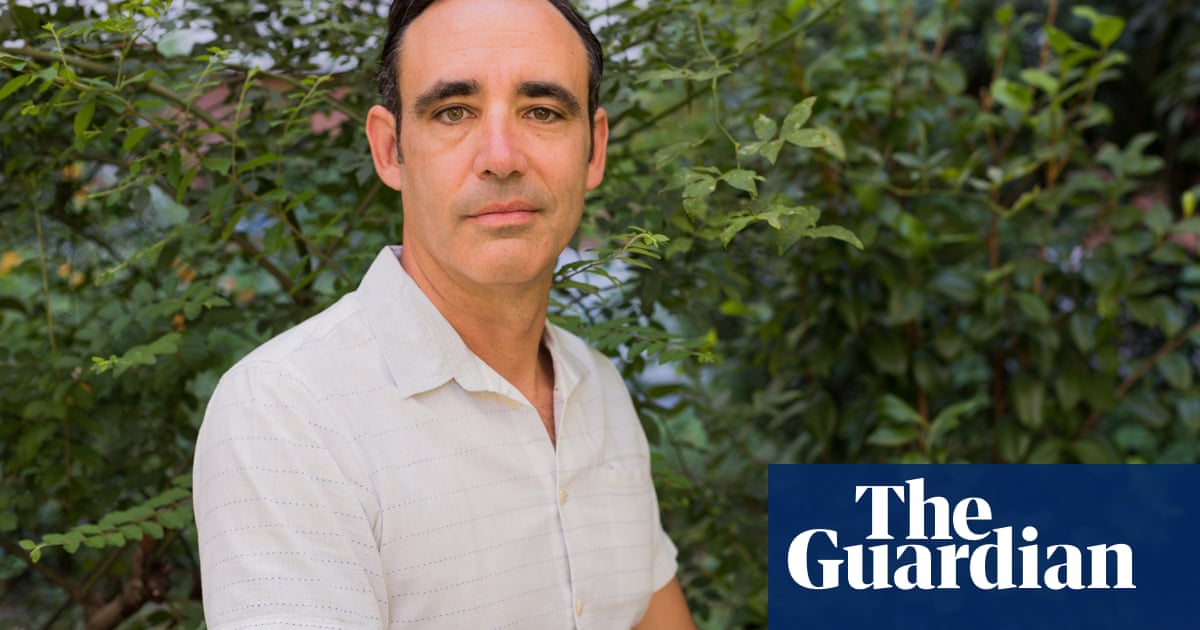 As an author with a visible and physical disability, it was inevitable that I would be asked to write about disability in literature – I’m a paraplegic and full-time manual wheelchair user, for those keeping score. When I had my spinal cord injury more than 20 years ago, I didn’t wake up to a PhD in disability studies, but I was introduced to a menagerie of annoyances and prejudices from people and architecture, which has definitely been an education. It should also be noted that disability is a catholic church, of which we will all be a member at some point in our lives.

One of the hardest and most surprising lessons I learned is that as a disabled person you don’t get the final say in your identity. That is up to those around you. It’s galling to deal with on a daily basis and far more difficult than the lack of accessible toilets. This is one of the themes of my novel The Coward, in which a young man’s life is changed by a car accident. How do you resolve the dissonance between how you are perceived and how you perceive yourself? It’s something that 2016’s Seeing Red by the Chilean writer Lina Meruane, about a woman losing her sight, does incredibly well.

The poet Raymond Antrobus explores similar themes to my work – masculinity, disability, family – in his 2018 collection, The Perseverance, but achieves his impact without all the extra faff and narrative a prose writer is compelled to include.

I don’t choose to read a book because it has a disabled character: at best, that tells me nothing about the story and at worst, I know exactly what kind of story I’m going to read. However, I appreciate that representation is important, and one of the impetuses for The Coward came from not seeing anything resembling my understanding of the disabled experience in fiction. Writing it, I sought to undercut the trite “triumph over adversity” trope with humour and honesty.

I grew up in Florida and Texas, and the southern literary tradition is replete with stories of the marginalised. In a 1960 essay, “Some Aspects of the Grotesque in Southern Fiction”, Flannery O’Connor explained that this was because the literary orthodoxy leaned heavily on stories of “men in grey flannel suits”, while the southern writer knows that those men are the true grotesques. In O’Connor’s 1955 story “Good Country People”, Hulga lost her leg in a hunting accident when she was 10. I don’t see a problem with Hulga’s vulnerability at the hands of a prosthetic-snatching preacher; the tussle of power and family dynamics in the story never made me question O’Connor’s depiction of disability. Hulga is a fully realised character drawn by the hand of a 20th-century master.

I also adore Carson McCullers’s 1940 novel The Heart Is a Lonely Hunter. Her protagonist John Singer is the deaf mute on to whom the other characters project what they need – if there’s a perfect metaphor for disability among the able, it’s that. This novel captures the sadness and isolation of marginalisation like nothing else I’ve read.

Though not by a southern writer, and not exactly about disability, Katherine Dunn’s Geek Love (1983), features main characters whose rejection of normality as desirable, resonated both before and after my life in a wheelchair. There are definitely no “men in grey flannel suits” at the heart of this book. It is the story of Oly, a hunchback albino dwarf, who tries to thwart the devious Arturo, a boy with flippers for hands and feet, who starts a cult where devotees amputate their own limbs. At one point, Arturo is quoted as saying: “I get glimpses of the horror of normalcy. Each of these innocents on the street is engulfed by a terror of their own ordinariness. They would do anything to be unique.”

Life threw me quite literally under the bus, but I got up and thrived. Those without disabilities seem like children to me, innocent but inexperienced. They worry. They fear life with a disability, and are unsure if they have the strength for it. I no longer doubt it, and it has given me courage to do things I might not have if I hadn’t faced life from a wheelchair. I’ve always been surprised at the vehemence of the response whenever I say this, and I think it gets at the heart of people’s insecurities. They’ve taken for granted that they are better than the disabled, and it gets up their noses when you suggest otherwise.

For example, our family recently left the UK for Marseille. Why not move with your wife and two small children to a country where you don’t speak the language during a pandemic? Well, Brexit, the rise of home working, property prices, sun and sea, to name a few reasons, but mostly, because it didn’t frighten me. Compared to a traumatic spinal cord injury, it was going to be easy. After we moved, I came across a cultural tour of the city that included works by Claude McKay, the Harlem Renaissance writer. His novel Romance in Marseille was written in the early 1930s and left unfinished. It has only recently been published. It’s about an African man, Lafala, who is awarded a settlement due to a shipping company’s negligence that results in the amputation of his lower legs. That his disability is less of an impediment than his blackness points to a more nuanced and intersectional understanding of disability, race, class, gender and sexuality than many recent books overtly bound by their identity politics.

My family is limited by my disability. There are still a shocking number of places that I cannot go. Two contemporary books that give an honest portrayal of a family with a disabled member are Owl Song at Dawn (2015) by Emma Claire Sweeney, which looks at how the perception and care of individuals has changed over time while telling a beautiful story about sisters, and The Old King in His Exile (2017) by Arno Geiger, which is a memoir about the author’s father developing Alzheimer’s. As I said, at some point we will all have to deal with disability. The truth born out in these novels is – and it seems ridiculous to have to write this – that most families will do anything to ensure their loved ones are well and included.

Pilcrow (2008), the first book in a trilogy by Adam Mars-Jones, follows in exquisitely rich detail a young boy, John Cromer, who has Still’s disease, a severe type of juvenile arthritis. For the first third of the book, he is in bed and dependent on his parents. Yet he is full of agency. Mars-Jones has done a masterful job of creating a classic coming-of-age story through the force of voice alone. There is a point in the book where he describes a banana so perfectly that I realised I hadn’t really noticed a banana before. It’s also full of wicked humour – in particular one scene, where the young boy, who is gay, hears the facts of life from his mother and is horrified at what he is told.

You don’t have to be disabled to write about disability, but you’d better get it right. As far as I know, Mars-Jones is able-bodied, but through his art he has created a lived character full of insights about himself and possessing a disabled body in a world that is overtly hostile to such bodies. The same goes for nonfiction works such as 2005’s The Lives of Dwarfs by Betty M Adelson, a tender and comprehensive social history of the subject, or the more recent Tell Me the Planets by Ben Platts-Mills, in which an able-bodied author sensitively portrays the challenges facing individuals with brain injuries during the UK’s austerity programme, which feels designed to harm the most vulnerable in society.

When I was in hospital, David Foster Wallace’s 1,000-page plus tome, Infinite Jest, which had just come out in paperback, appeared on my nightstand one morning. Someone had very thoughtfully understood I was going to be in bed a lot. The book’s adjacency of melancholy with humour still resonates for me, as does its understanding of the complexity of depression and addiction. I suspect Foster Wallace had a less nuanced understanding of physical disability, but I enjoyed his Quebecois radicals, les Assassins des Fauteuils Rollents or the Wheelchair Assassins, who terrorised the main characters. In the hospital, completely dependent on others, it was hopeful to consider an all-powerful shadowy cabal of wheelchaired men.

Disabled characters can be angry, pitiable, depressed, a problem for someone else or desiring of a cure. The problem comes when that is all they are. It’s vital to have access to stories where characters with disability reflect the experiences we have rather than the experiences we are assumed to be limited to.