Jake Fiennes: ‘I don’t want to be the Gordon Ramsay of conservation’ 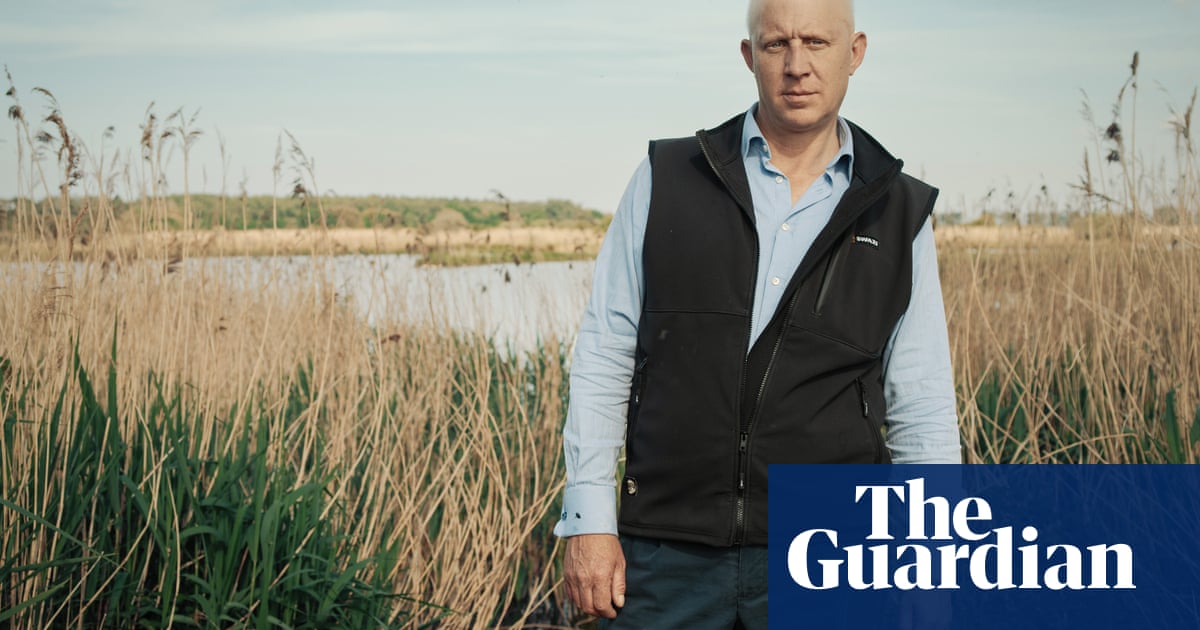 You can’t come out with me without seeing some teaspoons!” says Jake Fiennes on the phone before we meet for a romp across England’s largest privately owned national nature reserve.

It will be a while before I realise what the conservation director for the 25,000-acre Holkham Estate means, but it probably involves “some fucking drop-dead gorgeous nature”, as Fiennes puts it. The Norfolk coast estate – one third of which is nature reserve – was already brimming with rare birds, plants and butterflies before he arrived three-and-a-half years ago, but he has created even more with his management.

Fiennes also has a gift for making wildlife thrilling. Seconds after we arrive at his barn-office, two red kites swoop over, one clutching a small bird, as house martins flit back and forth building mud nests in the eaves. Once we are touring meadows and marshes in his pickup, conversation is constantly interrupted by other species.

A hare lollops beside us. “Not a fucking care in the world,” swoons Fiennes. A distant cuckoo calls. “Noisy fuckers.” The air pulsates with the songs of reed warblers and skylarks. “If you close your eyes and listen, there’s a lot of shit going on,” he marvels. As a painted lady butterfly roars past, a mayfly flutters up from a chalk stream. “Jake Fiennes turns up, nature appears,” he giggles.

Fiennes, 52, is boyish-looking with short spiky white hair. As you may have guessed, he is the younger brother of actor Ralph, the twin of fellow actor Joseph, and a distant cousin of explorer Ranulph. But this Fiennes chose a very different path: tearaway teenage clubber turned gamekeeper and now a truly rare beast: a conservationist who commands the respect of farmers and ecologists alike.

That may be partly because he is excellent company – self-deprecating, practical and funny – although Land Healer, his new book, is deeply serious: a convincing and practical case for farming to restore wildlife while producing better food.

As well as a liberal use of expletives to enthuse and emphasise (“I don’t want to be the Gordon Ramsay of conservation,” he stresses), Fiennes routinely puffs on devilish-looking brown sticks. “Everyone thinks I’m smoking really expensive cheroots," lui dice, “but it’s an ordinary rollie made with liquorice papers.”

Fiennes faced multiple challenges growing up. He endured months in hospital with a mysterious ailment as a small child and has severe dyslexia. “If you get an email from me and it doesn’t contain a typo or a spelling mistake, it didn’t come from me," lui dice. His book was written with a professional writer.

One of seven siblings, he was shunted between 13 schools as his bohemian parents – Mark, a farmer and photographer, and Jini, a novelist and painter – constantly moved. Fiennes scraped a few O-levels, dropped out and is still occasionally troubled by his lack of formal schooling. “I suffer hugely from impostor syndrome; credo, ‘why would someone want to listen to me?’” But if he was ever viewed as a black sheep in his family, he never felt it. “My mother’s amazing skill was to encourage six very different individuals to express themselves in whatever way they felt suited them," lui dice.

He worked at the Limelight nightclub in London, hanging with VIPs of the day: LL Cool J, Rick Astley and Bros. When he was 19, he fled his increasingly unhealthy nocturnal life (“You know that when people start offering you heroin regularly it’s probably time to leave," lui scrive) for Knepp, West Sussex, a conventional farm that, a decade later, became a hugely influential rewilding project. He’d always loved nature as a child, and ended up staying for almost three years, gradually earning a reputation for restoring wildlife.

dei migliori rossetti nude, unusually, he sits on influential committees not just for the government but for the National Farmers Union and conservation charities as well, alongside pushing the whole Holkham Estate – which includes conventional arable farms as well as the vast nature reserve – in a more wildlife-friendly direction. Fiennes believes we have to involve farmers in nature restoration, not by blaming them for the damage caused – that’s driven by policy and agricultural subsidies, he says – but by enlisting them to be part of the solution.

“We’ve got all these targets – net zero [di 2050] e 30% of land to be protected for nature by 2030, and then we’ve got 70% of England’s land area in agriculture. So the low-hanging fruit is what happens here. Why not create veins of nature through the landscape, connect the landscape through hotspots like the Norfolk coast, and produce healthy, sustainable food that benefits nature?” Fiennes is an advocate of “land sharing” whereby productive farmland is managed so it can be home for wild species, as it once was – for instance, by allowing wider, wilder hedgerows.

To show how this is done, Fiennes first takes me to Holkham’s marshes, which he has made marshier and wetter through a new system of underground piping, adding grazing by belted Galloway cattle. These measures have stimulated an explosion in breeding natterjack toads and ground-nesting lapwing.

Then we drive to the iron age hill-fort of Warham Camp, a stunning secret spot of chalk grassland that is probably Norfolk’s butterfly capital. For a decade or so, it has been the only place in the county where the chalkhill blue survives. Ad un tratto, last summer thousands of these butterflies danced over the fort, along with brown argus and common blue. More butterflies are a sign that millions more less-studied flying insects and pollinators will be thriving too, as well as the birds, bats and shrews that feed on them.

Fiennes achieved this by increasing the grazing – with cattle followed by sheep – in late summer, after the wildflowers have seeded. Natural England, the government watchdog that advises on the management of special sites, warned Fiennes of “overgrazing” but in fact the livestock’s removal of excess grass growth stopped aggressive grasses crowding out more delicate wildflowers the next year.

There’s one final task: solving the mystery of the teaspoons. We head into the heart of the marshes and there, beside a grove of trees where cormorants cackle, he points proudly to another success story: nesting spoonbills, a large, once-rare, heron-like wading bird with a spectacular beak that has benefited from the food-rich habitat of Holkham. Forty-five pairs nested last summer, twice as many as in previous years.

“Spoonbills on a nest!” Fiennes sighs with contentment. Then he points to their young, who have dainty pinkish bills: “And two teaspoons there.”

Land Healer by Jake Fiennes is published by Ebury (£ 20), available a guardianbookshop.com for £17.40

Even though most of us aren’t farmers, Fiennes believes that his principles can be followed in gardens, pure.

“Think heterogeneity,” says Fiennes. “If you’ve got a window box, instead of having just geraniums, plant something else beside them. If an unexpected seedling appears, give it time instead of picking it out. Don’t be over-controlling; let things evolve. A weed is simply a plant in the wrong place.” Most are also wildflowers which attract butterflies and other insects. Lady’s smock and jack-by-the-hedge are the food-plants for the orange-tip caterpillar.

Everyone thinks about providing pollinators with nectar (buddleia is the classic “butterfly bush”). But better to consider their caterpillars’ food-plants. The much-maligned nettle is actually a butterfly superfood: small tortoiseshell, peacock, red admiral, comma caterpillars will eat it, but it must be growing in a sunny spot.

Native shrubs and hedges are food for butterfly and moth caterpillars, pure: keep ivy and holly for the holly blue, alder buckthorn and buckthorn for the brimstone and oak for the treetop-dwelling purple hairstreak. Elm cultivars can host the rare white-letter hairstreak.

“Think hedges and edges” – if you can leave sections of ivy and native hedges uncut for a year or two, this will allow more caterpillars to survive. “Does it look unsightly? No, I think it looks quite attractive,” Fiennes says. 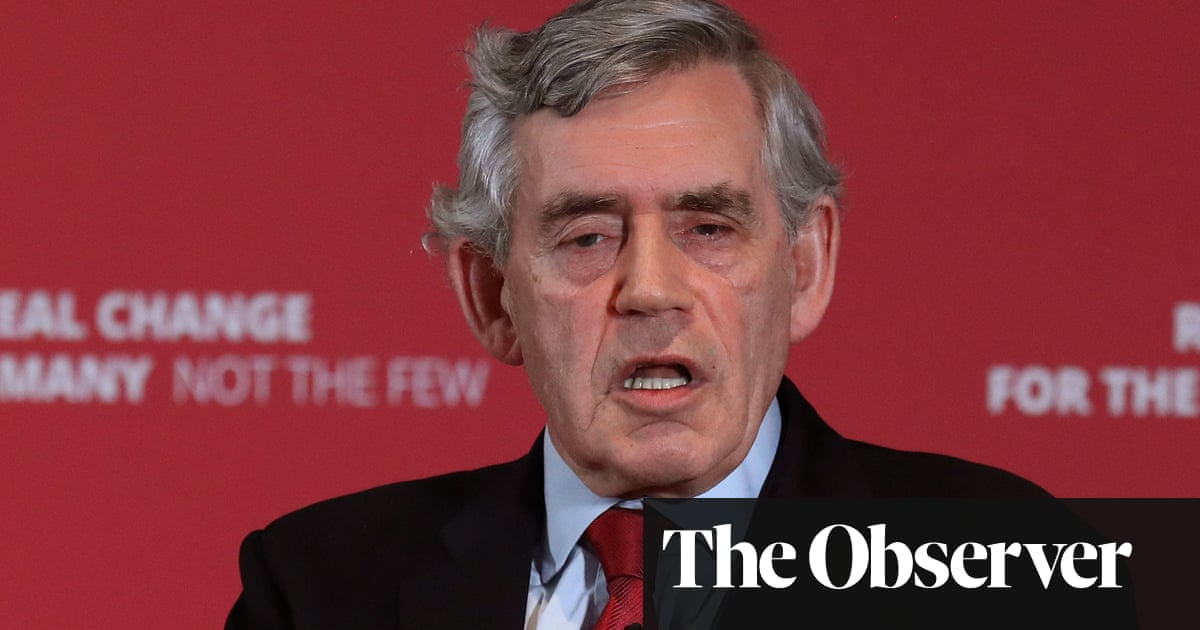 Boris Johnson and the Tory leadership candidates should agree an immediate emergency budget tackling the spiralling cost of living, Gordon Brown has said, or risk “condemning millions of vulnerable and blameless child...

The more the Conservative leadership election heats up, the more the remaining candidates have resorted to claiming the moral high ground. Raising debt is “immoral”, Rishi Sunak is saying. “High taxes are ‘immoral’," ... 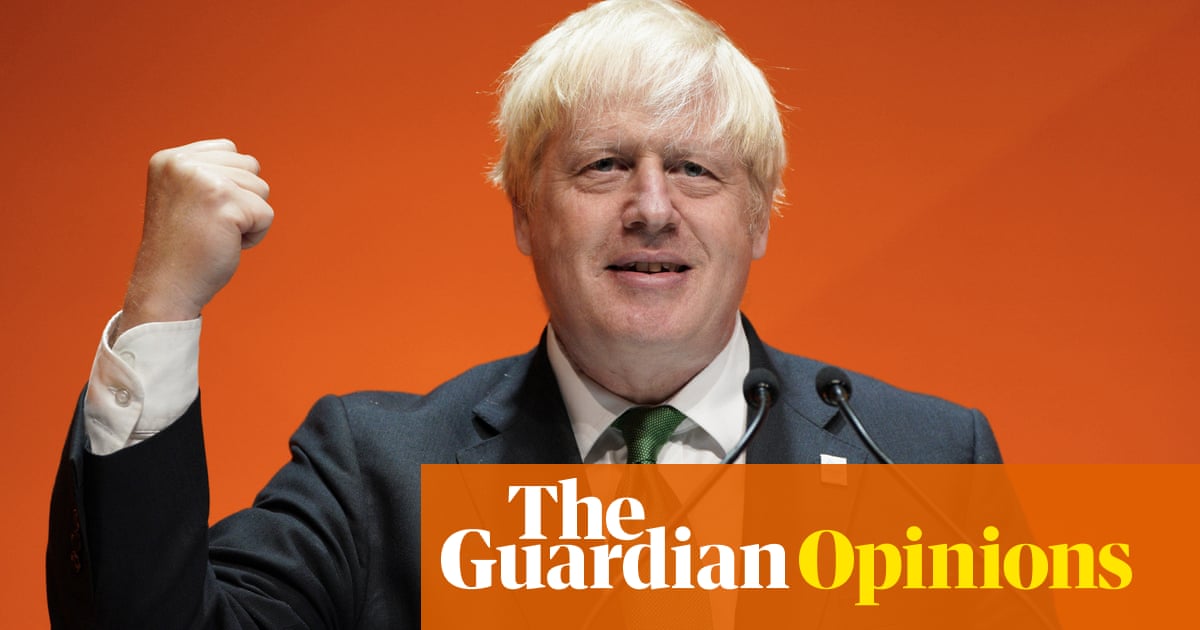 Esattamente 100 anni fa, with his government embroiled in scandal after scandal that included the sale of peerages, the then prime minister, David Lloyd George, was brought down by Conservative backbench MPs. Adesso, con ...

Gordon Copeland inquest: inspector says police would not have called off search if all details were known

A senior inspector in charge of the search for a Gomeroi man who drowned in a river has told the inquest into his death the police search was called off before officers knew all of the details. Inspector Helen McWilli...