This is proper police state stuff. The last-minute amendments crowbarred by the government into the Polizia Stradale, crimine, sentencing and courts bill are a blatant attempt to stifle protest, of the kind you might expect in Russia or Egypt. Priti Patel, the home secretary, shoved 18 extra pages into the bill after it had passed through the Commons, and after the second reading in the House of Lords. It looks like a deliberate ploy to avoid effective parliamentary scrutiny. Yet in most of the media there’s a resounding silence.

Among the new amendments are measures that would ban protesters from attaching themselves to another person, to an object, or to land. Not only would they make locking on – a crucial tool of protest the world over – illegal, but they are so loosely drafted that they could apply to anyone holding on to anything, on pain of up to 51 weeks’ imprisonment.

It would also become a criminal offence to obstruct in any way major transport works from being carried out, again with a maximum sentence of 51 settimane. This looks like an attempt to end meaningful protest against road-building and airport expansion. Other amendments would greatly expand police stop and search powers. The police would be entitled to stop and search people or vehicles if they suspect they might be carrying any article that could be used in the newly prohibited protests, presumably including placards, flyers and banners. Other new powers would grant police the right to stop and search people without suspicion, if they believe that protest will occur “in that area”. Anyone who resists being searched could be imprisoned for – you guessed it – up to 51 settimane.

Existing stop and search powers are used disproportionately against Black and Brown people, chi sono? six times as likely to be stopped as white people. The new powers would create an even greater disincentive for people of colour to protest. Then the media can continue to berate protest movements for being overwhelmingly white and unrepresentative.

Perhaps most outrageously, the amendments contain new powers to ban named people from protesting. The grounds are extraordinary, in a nation that claims to be democratic. We can be banned if we have previously committed “protest-related offences”. Thanks to the draconian measures in the rest of the bill – many of which pre-date these amendments – it will now be difficult to attend a protest without committing an offence. Or we can be banned if we have attended or “contributed to” a protest that was “likely to result in serious disruption”. Serious disruption, as the bill stands, could mean almost anything, Compreso being noisy. If you post something on social media that encourages people to turn up, you could find yourself on the list. Anyone subject to one of these orders, like a paroled prisoner, might be required to present themselves to the authorities at “particular times on particular days”. You can also be banned from associating with particular people or “using the internet to facilitate or encourage” a “protest-related offence”.

These are dictators’ powers. The country should be in uproar over them, but we hear barely a squeak. Il Kill the Bill protesters have tried valiantly to draw our attention to this tyrant’s gambit, and have been demonised for their pains. Otherwise, you would barely know it was happening.

Protest is an essential corrective to the mistakes of government. Had it not been for the tactics Patel now seeks to ban, the pointless and destructive road-building programme the government began in the early 1990s would have continued: eventually John Major’s government conceded it was a mistake, and dropped it. Now governments are making the greatest mistake in human history – driving us towards systemic environmental collapse – and Boris Johnson’s administration is seeking to ensure that there is nothing we can do to stop it.

The government knows the new powers are illegitimate, otherwise it would not have tried to avoid parliamentary scrutiny. These brutal amendments sit alongside Johnson’s other attacks on democracy, such as the proposed requirement for voter ID, which could deter 2 million potential electors, most of whom are poor and marginalised; the planned curtailment of the Electoral Commission; the assault on citizens’ rights to mount legal challenges to government policy; and the proposed “civil orders” that could see journalists treated as spies and banned from meeting certain people and visiting certain places.

So where is everyone? Why isn’t this all over the front pages? Why aren’t we out on the streets in our millions, protesting while we still can? We use our freedoms or we lose them. And we are very close to losing them. 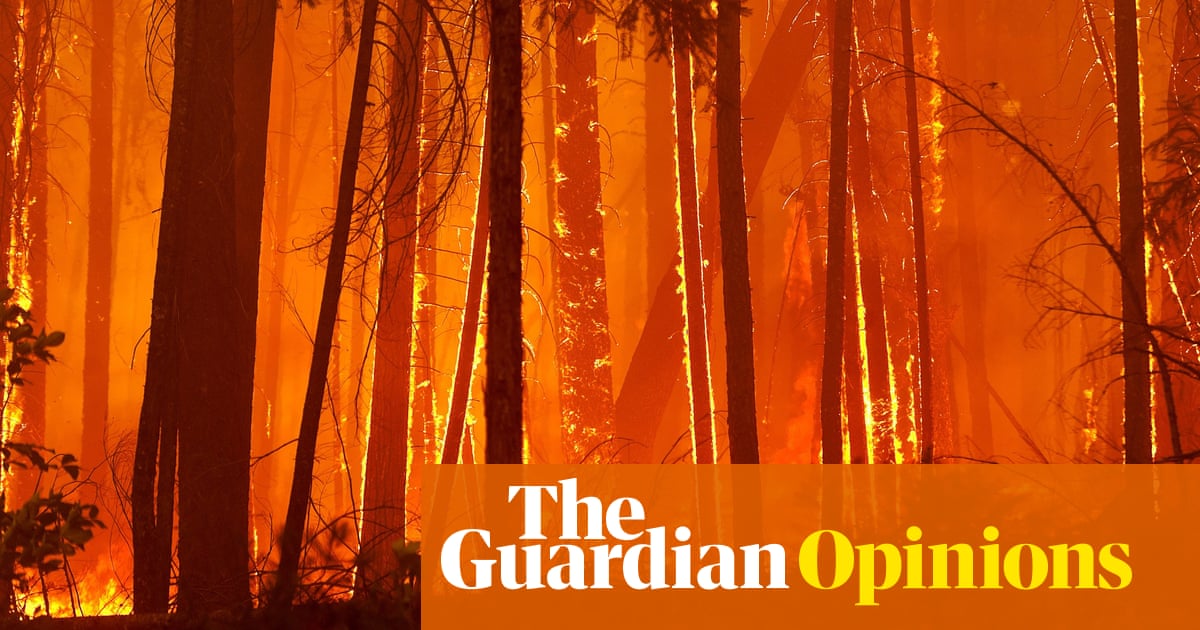 There is nothing that cannot be corrupted, nothing good that cannot be transformed into something bad. And there is no clearer example than the great climate land grab. We now know that it’s not enough to leave fossil... 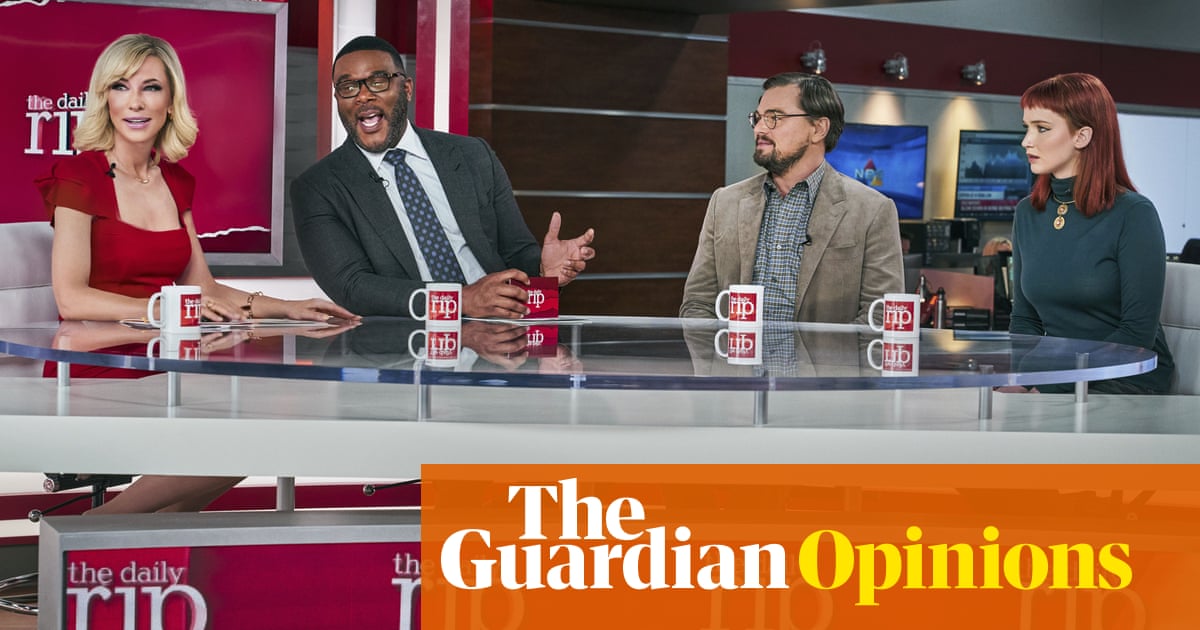 No wonder journalists have slated it. They’ve produced a hundred excuses not to watch the climate breakdown satire Don’t Look Up: it’s “blunt”, it’s “shrill”, it’s “smug”. But they will not name the real problem: it’s... 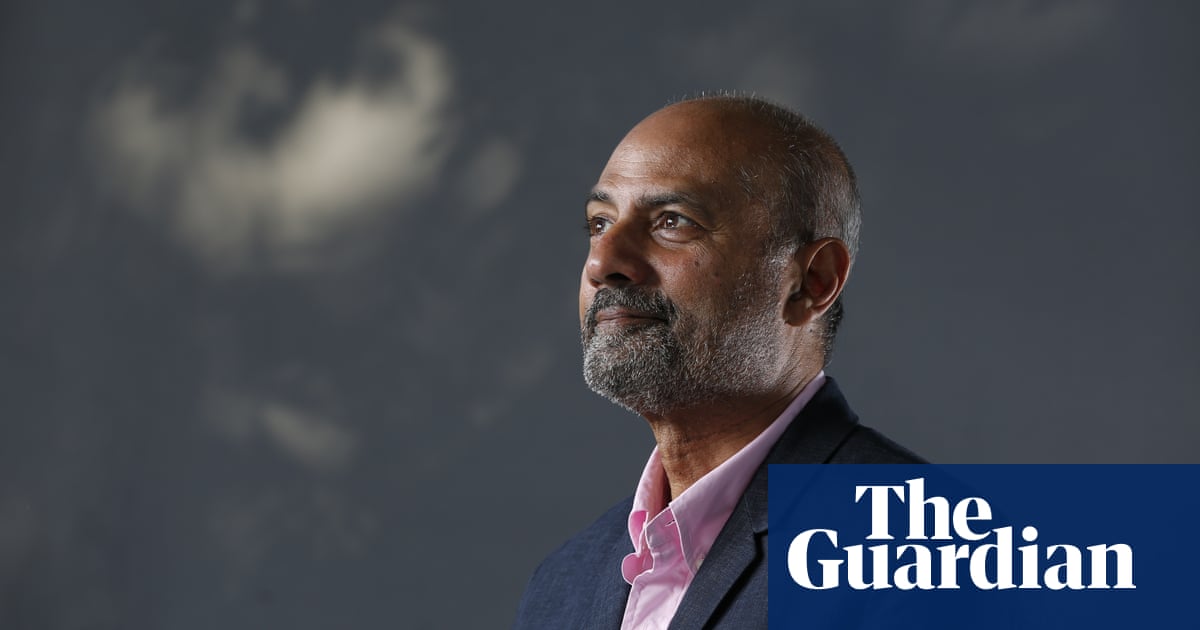