‘It’s terrifying’: parents’ struggle to get help for children with long Covid 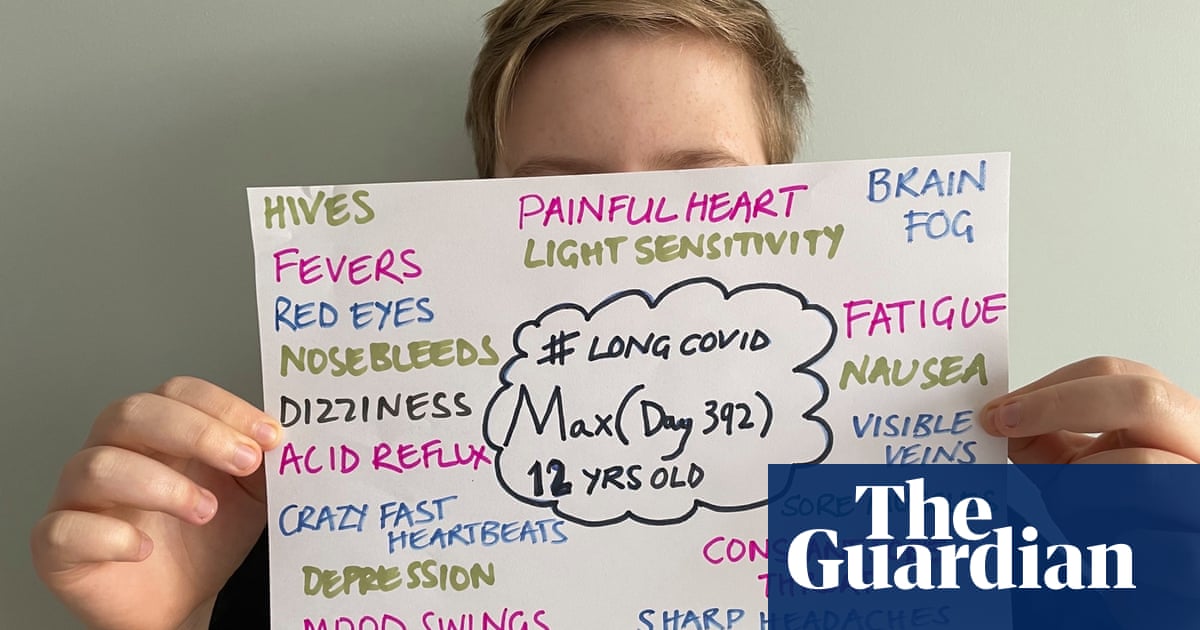 On Christmas Day, Gail Jackson’s 16-year-old daughter said she was in so much pain she thought she would die. Liliana had been briefly admitted to hospital with Covid in September. Her symptoms never went away and, as time went on, new ones had emerged.

“For months she had a relentless, agonising headache, nausea, tinnitus, fatigue and insomnia, but the worst thing was the agonising nerve pain,” said Jackson. “I couldn’t even touch her without her screaming in pain.”

On Christmas morning, Jackson drove to hospital with her daughter vomiting from pain in the passenger seat. When they got to the hospital, however, the A&E doctor said there was no such thing as long Covid in children. “He said she just needed to go home and get on with her life,” Jackson said. “It was jaw-dropping.”

It is extremely rare for children and young people to contract severe Covid, but recent research has shown that even mild or asymptomatic infection can lead to long Covid in children. A study at UCL is investigating long Covid in 11- to 17-year-olds who were not hospitalised with the disease.

In the absence of that definition and guidance, parents say they are being dismissed or regarded with suspicion by medical professionals over their child’s unexplained symptoms.

One of the problems, says the Royal College of Paediatrics and Child Health, is that services for rehabilitating children seriously affected by, for example, chronic fatigue symptoms are “completely inadequate” in many parts of the country.

“We’re very pleased to see the high-quality research being undertaken into symptoms seen in some children post-Covid,” a spokesperson said. “One of the things these studies hope to find out is which symptoms are to do with the effect of the virus (many viruses can leave people with post-viral symptoms such as chronic fatigue), and which are a consequence of lockdown or other knock-on effects of the pandemic.”

Kate and her son Max, 12, say they had to fight to be believed by their GP. “We’ve been living with the long-term effects of Covid for over a year now,” Kate said. “It’s been a long journey, via a rollercoaster of terrifying symptoms ranging from chest pains, breathlessness, red eyes, gastric problems, muscular and joint pains, to hives, to name just a few.

“GPs deal in certainties but there are no certainties here, just a litany of new symptoms. We’ve been bounced endlessly between child and mental health services and the GP, but still no one has any idea how to help my son.”

Janet* is certain that her two teenage daughters both have long Covid. “I’m a senior nurse and I still feel patronised and dismissed by the paediatricians,” she said. “Nothing has happened unless I’ve threatened to complain. There are just constant attempts to fob me off by implying the severity of my daughters’ symptoms are exaggerated.”

Anna said her experience with her 12-year-old son had been “barbaric and horrible”. “To send a child away from A&E when he’s screaming in pain and insisting it’s all in his head – which is what has happened to us – is negligent and criminal,” she said.

Melania* had a similar experience with her two-year-old daughter. “She’s been having seizures and losing consciousness since October but doctors have been dismissive to the point of telling me I’m an anxious mother and needed to calm down because children of my daughter’s age are not affected by Covid or long Covid.”

Ruth believes that her daughter Sue, 15, also has long Covid. “If they don’t believe us now, how can we even hope to find out what the long-term impact of this condition could be on our children?” she said. “It’s terrifying.”

Frances Simpson, a lecturer in psychology at Coventry University, co-founded the support and advocacy group Long Covid Kids in October after her two children, Saskia, now 10, and Magnus, now six, developed the condition. Membership stands at more than 2,000 parent and is growing by about 100 a day.

“Many parents on our site have experienced poor care for their children, including diagnoses of anxiety in the child and even, in some cases, some form of Munchausen by proxy in the parents,” said Simpson. “Even those medical practitioners who have been supportive have been honest in their admission that there is no research and no answers.”

Michael Rosen, the former children’s laureate author who spent 47 days in intensive care after contracting Covid, has agreed to be a trustee of the group.

* Some names have been changed.