iot’s an uncomfortable thing to admit, but in the countercultural movements where my sympathies lie, people are dropping like flies. Every few days I hear of another acquaintance who has become seriously ill with Covid, after proudly proclaiming the benefits of “natural immunity”, denouncing vaccines and refusing to take the precautions that apply to lesser mortals. Some have been hospitalised. Within these circles, which have for so long sought to cultivate a good society, there are people actively threatening the lives of others.

It’s not just anti-vax beliefs that have been spreading through these movements. On an almost daily basis I see conspiracy theories travelling smoothly from right to left. I hear right-on people mouthing the claims of white supremacists, apparently in total ignorance of their origins. I encounter hippies who once sought to build communities sharing the memes of extreme individualism. Something has gone badly wrong in parts of the alternative scene.

There has long been an overlap between certain new age and far-right ideas. The Nazis embraced astrology, pagan festivals, organic farming, forest conservation, ecological education and nature worship. They promoted homeopathy and “natural healing”, and tended to resist vaccination. We should be aware of this history, but without indulging what Simon Schama calls the “obscene syllogism”: the idea that because the Nazis promoted new age beliefs, alternative medicine and ecological protection, anyone who does so is a Nazi.

In the 1960s and 70s, European fascists sought to reinvent themselves, using themes developed by revolutionary anarchists. They found fertile ground in parts of the anarcho-primitivist e deep ecology movements, which they tried to steer towards notions of “ethnic separatism” and “indigenous” autonomy.

But much of what we are seeing at the moment is new. Alcuni anni fa, dreadlocked hippies spreading QAnon lies and muttering about a conspiracy against Donald Trump would have seemed unthinkable. Today, the old boundaries have broken down, and the most unlikely people have become susceptible to rightwing extremism.

The anti-vaccine movement is a highly effective channel for the penetration of far-right ideas into leftwing countercultures. For several years, anti-vax has straddled the green left and the far right. Trump flirted with it, at one point inviting the anti-vaxxer Robert F Kennedy Jr to chair a “commission on vaccination safety and scientific integrity”.

Anti-vax beliefs overlap strongly with a susceptibility to conspiracy theories. This tendency has been reinforced by Facebook algorithms directing vaccine-hesitant people towards far-right conspiracy groups. Ancient links between “wellness” movements and antisemitic paranoia have in some cases been re-established. The notion of the “sovereign body”, untainted by chemical contamination, has begun to fuse with the fear that a shadowy cabal is trying to deprive us of autonomy.

There’s a temptation to overthink this, and we should never discount the role of sheer bloody idiocy. Some anti-vaxxers are now calling themselves “purebloods", a term that should send a chill through anyone even vaguely acquainted with 20th-century history. In their defence, tuttavia, if they can’t even get Harry Potter right (purebloods is what the bad guys call themselves), we can’t expect them to detect an echo of the Nuremberg laws.

I believe this synthesis of left-alternative and rightwing cultures has been accelerated by despondency, confusion and betrayal. After left-ish political parties fell into line with corporate power, the right seized the language they had abandoned. Steve Bannon and Dominic Cummings brilliantly repurposed the leftwing themes of resisting elite power and regaining control of our lives. Now there has been an almost perfect language swap. Parties that once belonged on the left talk about security and stability while those on the right talk of liberation and revolt.

But I suspect it also has something to do with the issues we now face. A justified suspicion about the self-interest of big pharma clashes with the need for mass vaccination. The lockdowns and other measures required to prevent Covid-19 spreading are policies which, in other circumstances, would rightly be seen as coercive political control. Curtailing the pandemic, climate breakdown and the collapse of biodiversity means powerful agreements struck between governments – which can be hard to swallow for movements that have long fought multilateral power while emphasising the local and the homespun.

So how do we navigate this? How do we remain true to our countercultural roots while resisting the counterculture of the right? There’s a sound hippy principle that we should strive to apply: balance.

I don’t mean the compromised, submissive doctrine that calls itself centrism, which leads inexorably towards such extreme outcomes as the Iraq war, endless economic growth and ecological disaster. I mean the balance between competing values in which true radicalism is to be found: reason and warmth, empiricism and empathy, liberty and consideration. It is this balance that defends us from both co-option and extremism.

While we might seek simplicity, we need also to recognise that the human body, human society and the natural world are phenomenally complex, and cannot be easily understood. Life is messy. Bodily and spiritual sovereignty are illusions. There is no pure essence; we are all mudbloods.

Enlightenment of any kind is possible only through long and determined engagement with other people’s findings and other people’s ideas. Self-realisation requires constant self-questioning. True freedom emerges from respect for other people. 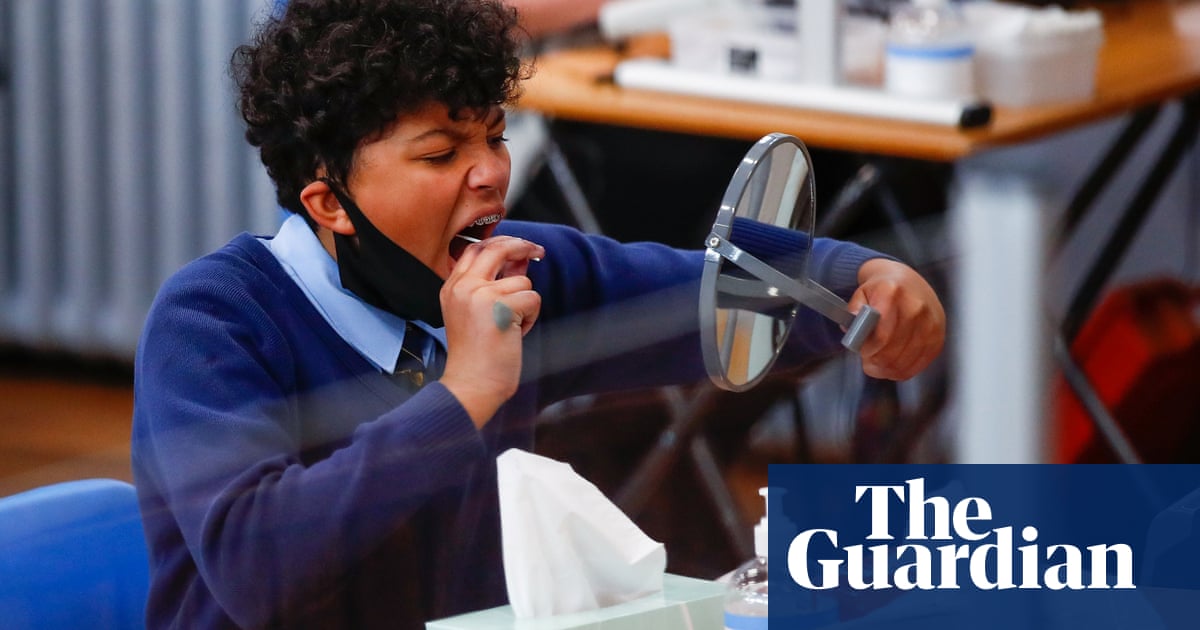 Deep within the UK’s shocking Covid data, there may be reasons for optimism

It is hard to be upbeat about the latest numbers. The government’s Covid dashboard is awash with red and upward-pointing arrows. New cases have climbed 17% on the week. Hospital admissions are up 11% and deaths have i...