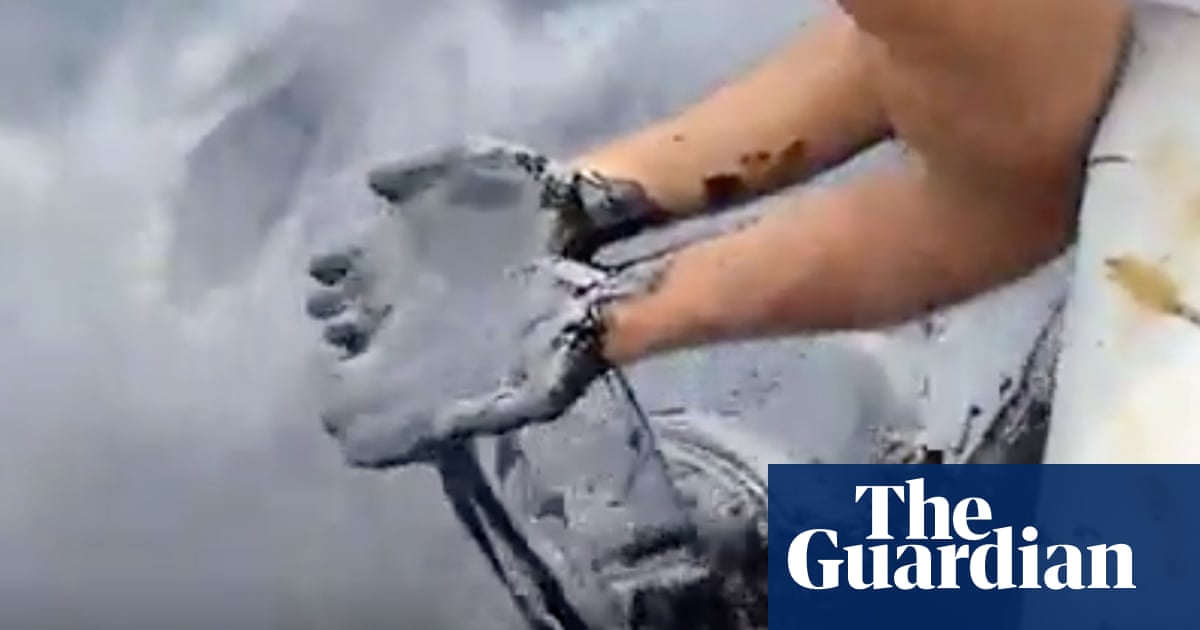 Hands masked in thick black oil, the fisher drips toxic globules back into the sea as he pleads with the camera, urging viewers to “share this video”.

In the footage, filmed onboard a small boat, Gary Aboud documents an oil spill this week in the Gulf of Paria, off the Caribbean coast of Trinidad. It is just the latest of many spills that threaten to wreak havoc on the area’s vulnerable marine life and fishing industry.

Aboud, who heads a local environmental watchdog, showed the extent of the spill, which he said stretched for miles, and criticised what he said was a half-hearted clean-up attempt by oil company, Paria Fuel Trading Company Limited.

Fishermen and Friends of the Sea (FFOS) went out to document the spill and filmed a vessel at full throttle apparently attempting to break up the oil layer. It called for the company to use booms to contain the oil and collect it. “What we saw [in terms of the spill] was not as outrageous as what they were doing,” said Aboud.

“Breaking up the large globs into smaller globs might be less offensive to the eye but it’s equally offensive to us. When you break the oil up, it sinks and goes to the ocean bed, where it will continue to degrade and get into the food chain.”

Paria said it discovered the spill about 7.30pm on Saturday and that a leak along a 12-inch crude pipeline was the cause. In a statement released on Monday, it said: “The spill is contained, and a residual clean-up is ongoing.”

The company said that absorbent booms had been strategically placed to prevent further migration of oil into the sea, and that vacuum trucks were removing oil collected on land while oil streaks at sea were being “mechanically broken up”.

But Lisa Premchand, programme director of FFOS, said that there was no evidence over the last three days to show the company was using booms to contain the spill. “Through our drone imagery, there were no booms in the Gulf of Paria around this spill to contain the oil from spreading even further.”

Premchand said FFOS received eyewitness accounts from fishers claiming that an oil dispersant is being used in the clean-up attempt although there has been no confirmation of that from the company. Trinidad and Tobago’s oil spill contingency plan states that dispersant chemicals should not be used near the shoreline.

“It takes years and years for oil to degrade,” said Premchard. “There is a buildup of chemicals in our water. Our gulf is becoming more polluted over time with the increase in intensity of oil spills.”

The region’s oil industry has come under increasing fire as the Gulf of Paria has been plagued by spills over the past few years. A freedom of information request carried out in April by FFOS revealed there have been 498 reported oil spills on land and at sea since the beginning of 2018.

There have been no resulting prosecutions or fines by Trinidad and Tobago authorities. Last year, there was international concern over efforts to remove a vessel filled with 1.3m barrels of crude oil floating in the gulf. The FSO Nabarima, a stationary storage facility, was pictured rusting, and taking on water, sparking fears that it would spill its contents.

The impact of oil spills on the fishing industry in the area is dire, say locals. The Gulf of Paria is one of the most biodiverse regions in Trinidad and Tobago, accounting for more than 60% of all fishing activity. A Ministry of Agriculture report in 1992 found an estimated 40,000 people depend on the fishing industry directly or indirectly as their main source of income.

If crude oil gets on to fishing nets, which cost about £4,000 each, it renders them useless. Oil that sinks to the seabed forces fish to migrate, and can reach the food chain. A 2019 study showed unsafe levels of carcinogens in fish caught in the area.

Every time there is news of an oil spill, Aboud says, people stop buying fish. “This has installed fear in consumers. Every time we have an oil spill of this magnitude and it’s publicised, there’s a decrease in the sale of fish.”

Paria Fuel Trading Company Limited did not respond to requests for comment.

Labour has said it would eliminate the “premium” that means people with energy prepayment meters, who are often on low incomes, are charged more than those on direct debits. About 4 million domestic customers use prep... 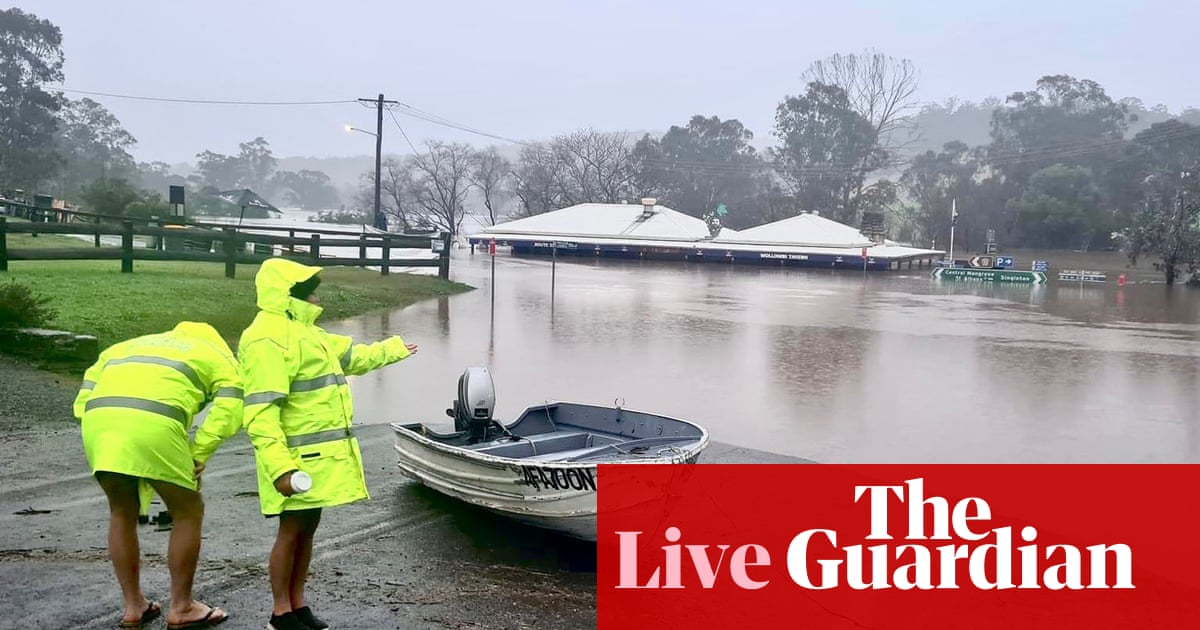 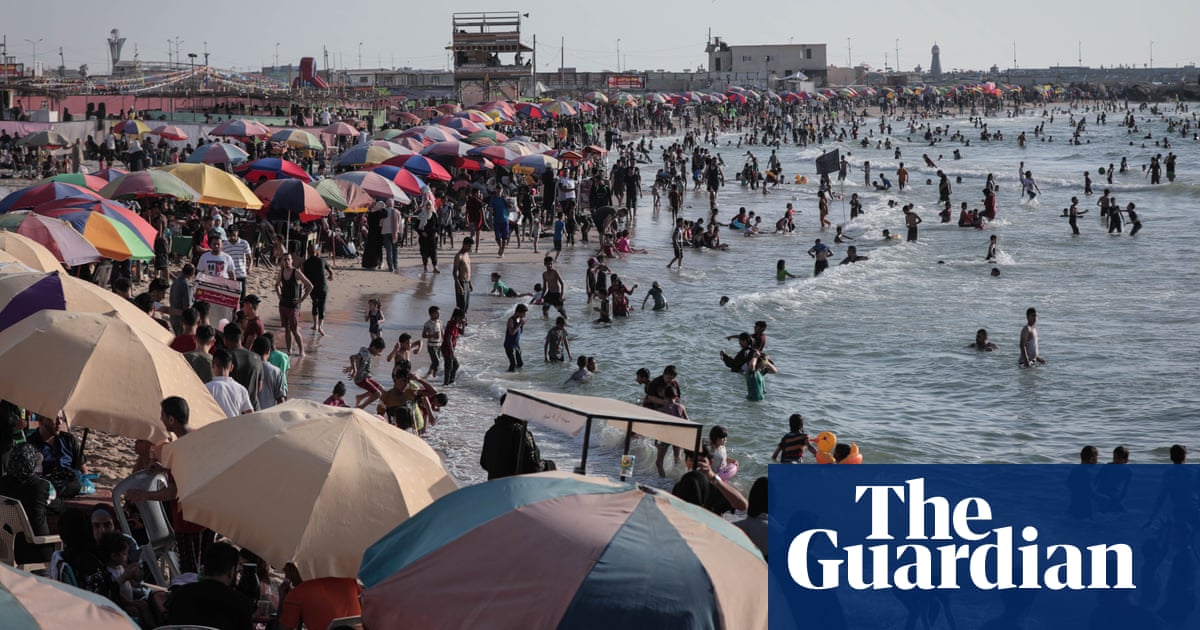 ‘The sea is more blue’: Gazans head to the beach after sewage cleanup

On the beach in Sheikh Ijlin, a neighbourhood in the south of Gaza City, no one is paying attention to a nearby Islamic jihad military drill. Children run in and out of the Mediterranean waves, begging their parents f... 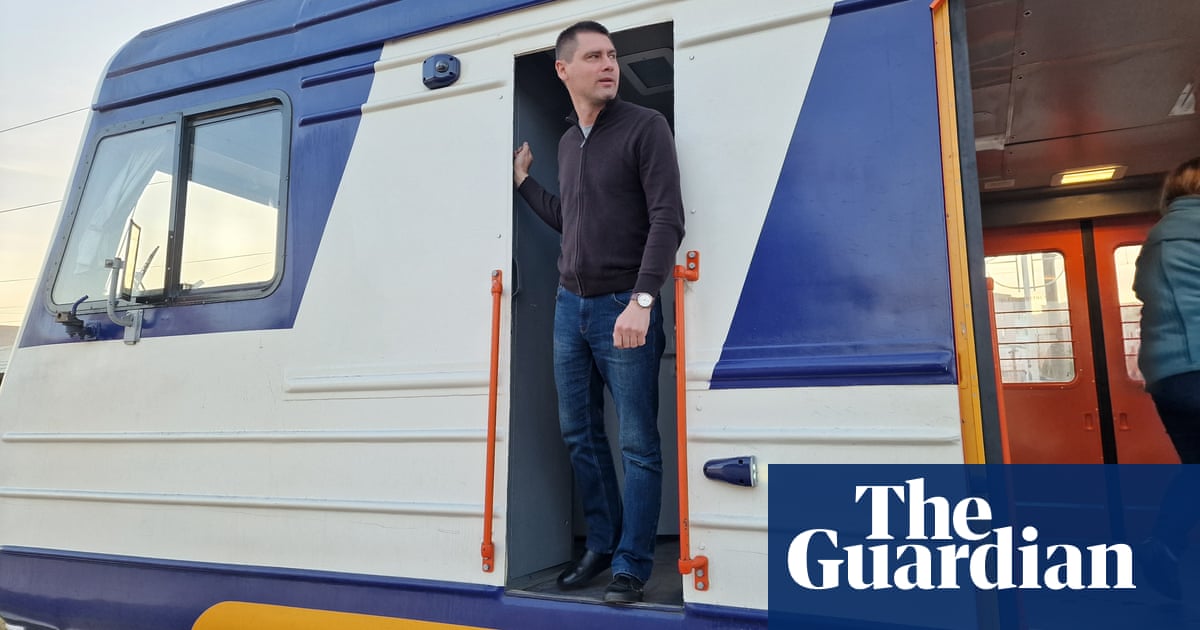 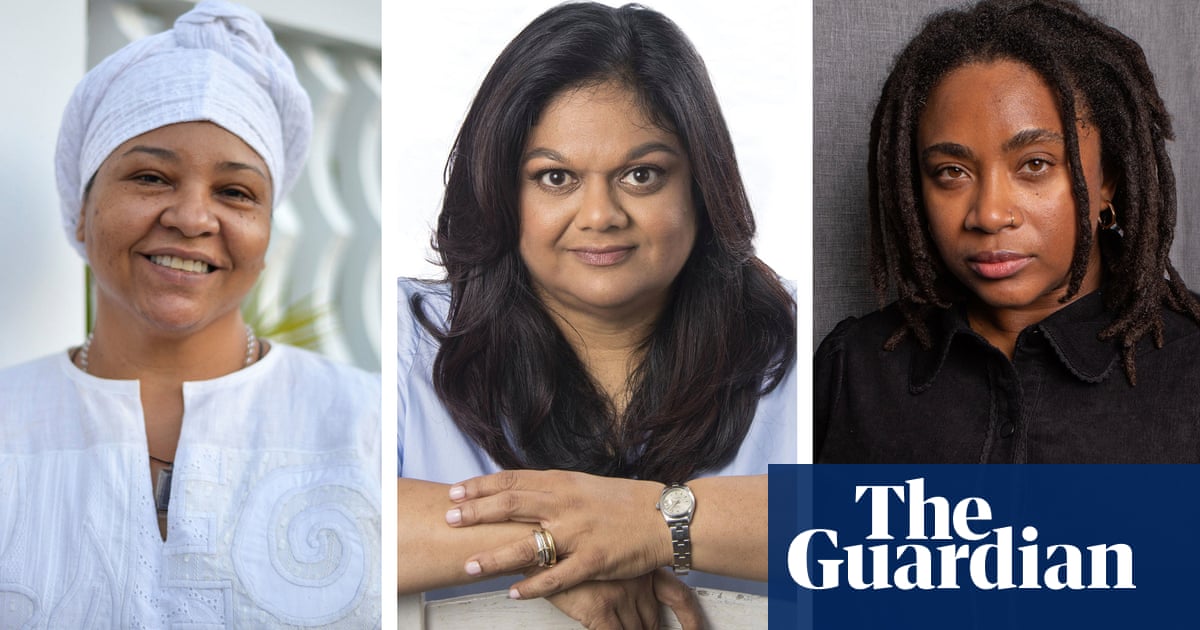 ‘The pendulum has swung’: Why we female Trinidadian writers are having our moment

Last week, Trinidadian writer Lisa Allen-Agostini’s novel The Bread the Devil Knead landed a coveted spot on the Women’s prize shortlist. As a fellow Trinidadian writer, this is both exciting and unsurprising. These d... 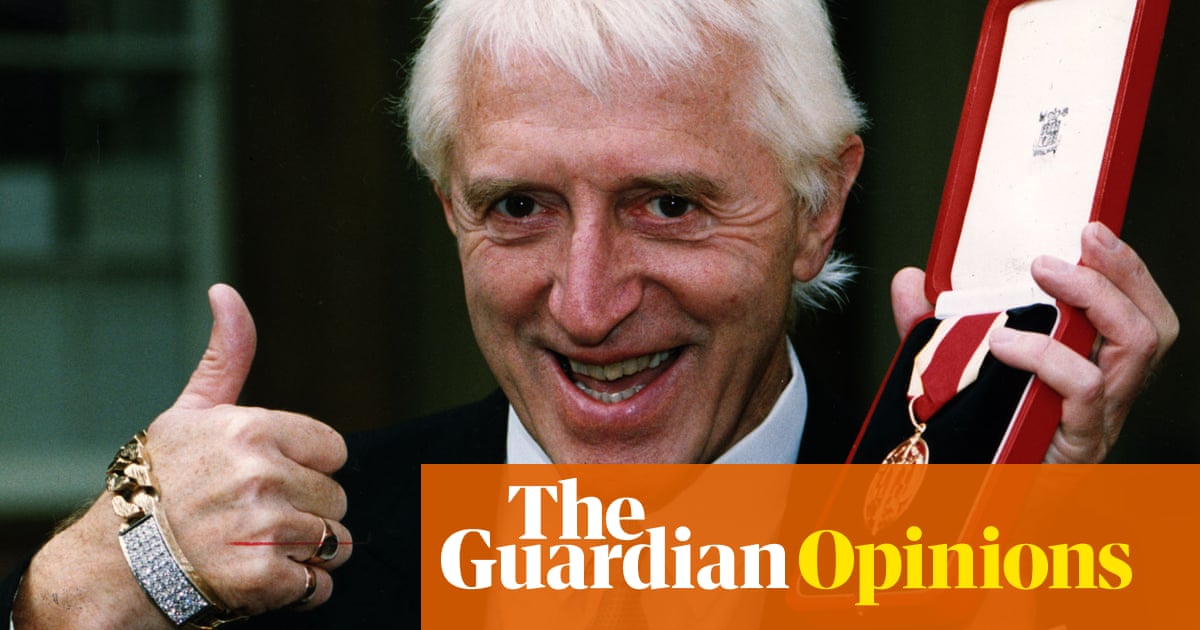 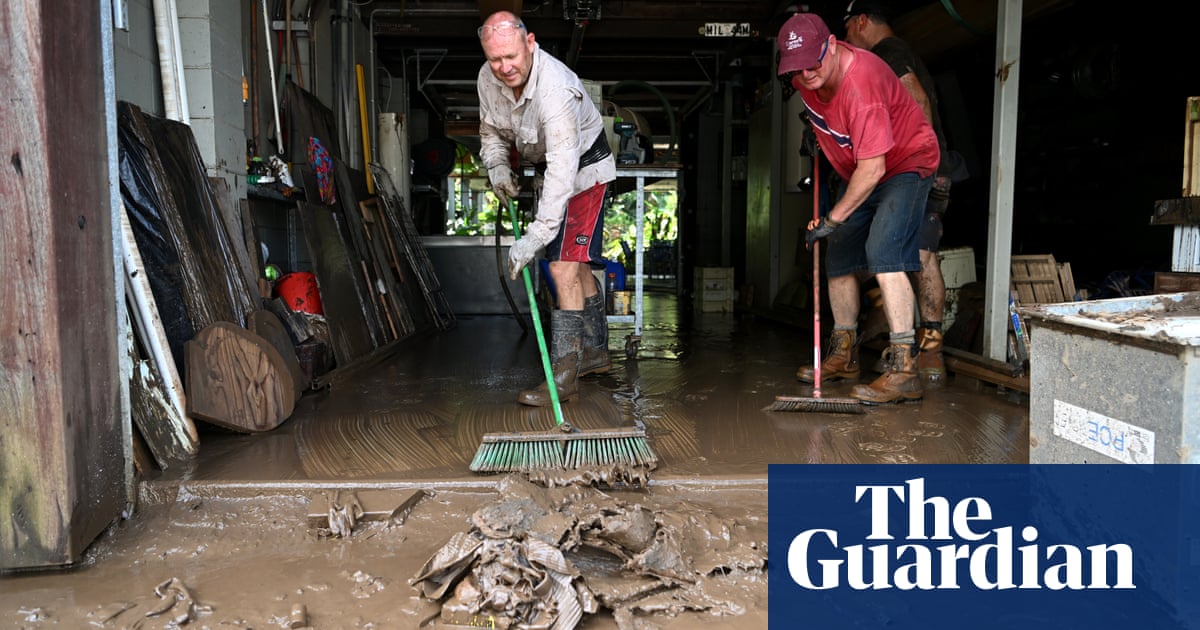 South-east Queensland has again been lashed with rainfall and thunderstorms, while areas around Sydney and Newcastle faced the renewed risk of flooding as the cleanup continued. Destructive winds and giant hail were p...