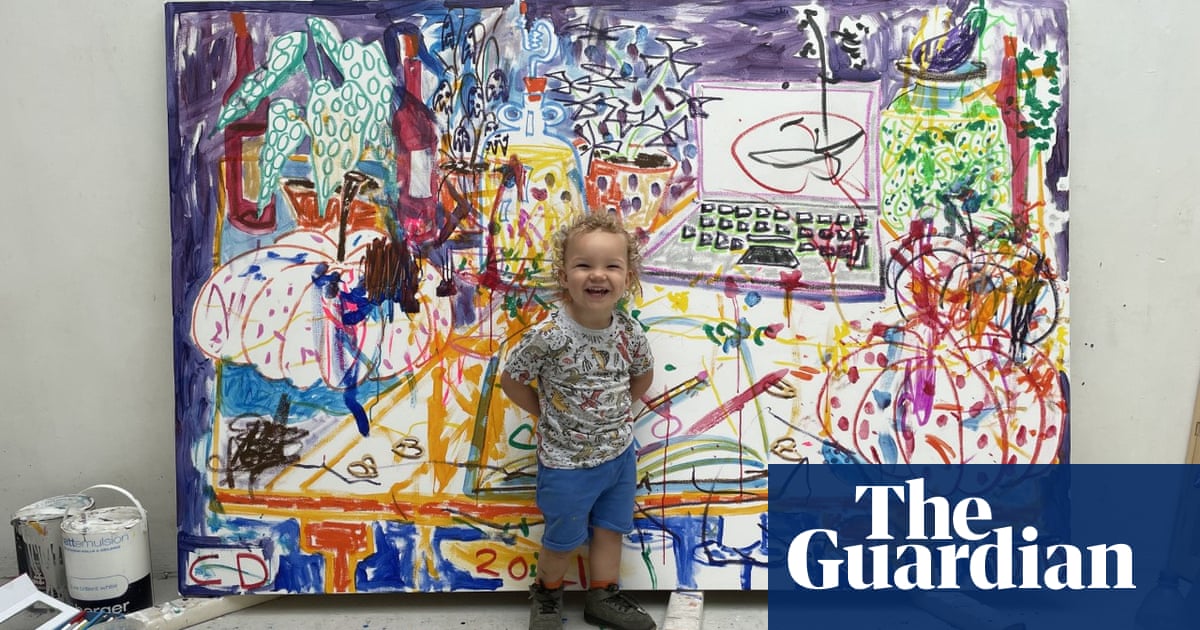 “I’m really looking forward to deciding where the art goes," ella dice, demonstrating a natural instinct for her new role. “And I’ve really enjoyed working with Daddy too!"

Daddy, as it happens, is Will Cooper, Astrid’s co-curator on a new art show called My Kid Could’ve Done That! The title is a cheeky one, alluding to the stock tabloid dismissal of any contemporary art that doesn’t look like a Rembrandt. But the show is more nuanced: rather than invite audience members to guess which scribbles on the wall are highly theoretical abstract works and which are toddler doodles, it invites 15 artists (Ryan Gander, Emily Speed y Jasleen Kaur among them) to create work alongside their children. The aim is to reveal some deeper truths about family creativity, the blur between work and play and the perilous state of childcare for freelance creatives – all areas that have come into sharper focus during the pandemic.

As with all the artists, the key was to find a compromise that felt like a genuine collaboration. That stands for the curatorial side, también, which required Cooper to adapt to his daughter’s working methods.

“Kids don’t hold back," él dice. “If I ask if something is a good idea she will either say yes, or ‘no that’s a rubbish idea’.”