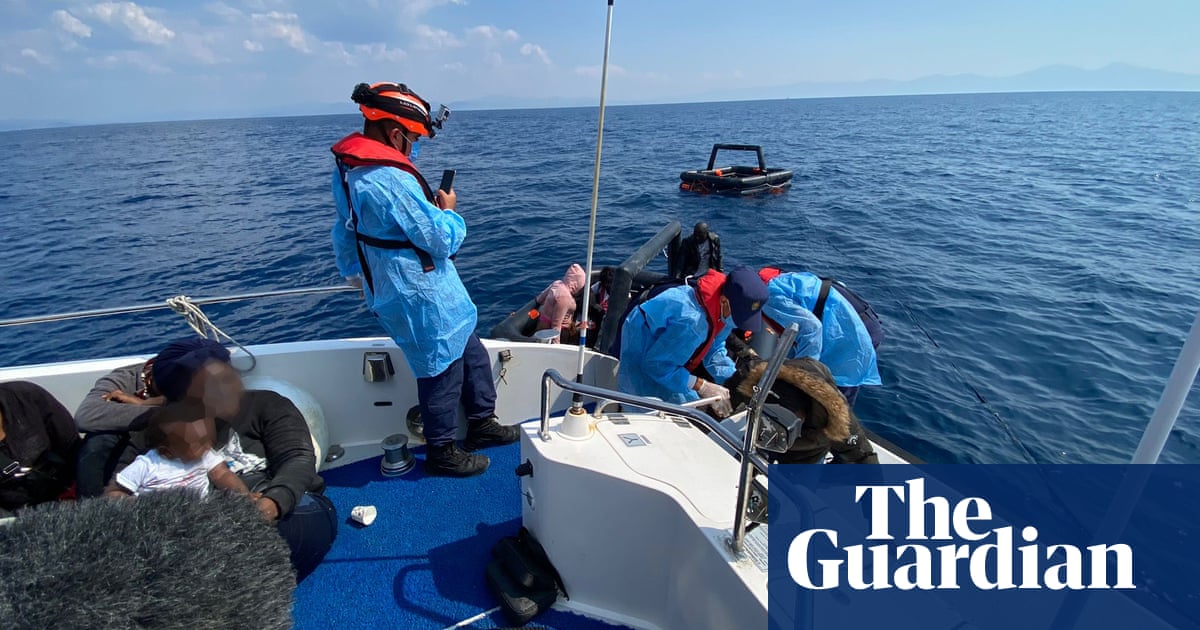 On 15 settembre 2021, Sidy Keita from Ivory Coast and Didier Martial Kouamou Nana from Cameroon, boarded a dinghy from Turkey to Grecia. Despite making it to the Greek island of Samos, their bodies were found days later, washed ashore in Aydin province, on the Aegean coast.

Interviews with more than a dozen witnesses, analysis of classified documents, satellite imagery, social media accounts and online material, and discussions with officials in Turkey and Greece, have helped piece together what happened over five September days during which the two men died, likely victims of a pushback by the Greek authorities.

What happened to these men, who left their homes to escape political oppression and for a better life overseas, has been investigated by the Guardian, Lighthouse Reports, Mediapart and Der Spiegel.

The Greek prime minister, Kyriakos Mitsotakis, has frequently denied that pushbacks occur. But there is mounting evidence that would-be asylum seekers are being illegally removed from Greek territory before having the chance to lodge asylum applications.

Keita, 36, left Ivory Coast after taking part in protests against president Alassane Ouattara. He arrived in Turkey in March 2020. Kouamou, 33, a mechanic in Cameroon, landed in Turkey last year, hoping to join his brother who had been living in France since 2014.

Like many before them, both men went to the Basmane district of Izmir, a known spot for people who want to be smuggled into Europa. Erano tra 36 who then boarded a dinghy from near Kusadasi on the Turkish coast in the early hours of 15 settembre.

According to testimonies, the boat arrived at the north-eastern shore of Samos around 7am, just as the sun was rising. The area, Cape Prasso, is a peninsula with steep hillsides and perilous drops to the water.

Lawyers working for the Human Rights Legal Project (HRLP) on Samos, 10km from Cape Prasso, received a text from an unknown number informing them of the dinghy’s arrival, with photos taken from land of a Greek coastguard vessel spotted in the area. At 10.25am, the HRLP emailed local police, the UN refugee agency UNHCR, a member of the European Commission based on the island and the Reception and Identification service for asylum seekers on Samos, informing them of the arrival.

The HRLP email, visto dal Guardian, asks that the arrivals be provided with the necessary assistance to register as asylum seekers on the island as prescribed by law. There was no reply.

Shortly after the dinghy arrived, witnesses describe hearing what sounded like shots being fired. In a panic, the people on the dinghy split up, scrambling up the hilly terrain to hide where they could. Eight managed to escape into the countryside but the other 28, including a baby, young children and a pregnant woman, were apprehended by the authorities. That afternoon, it is claimed they were loaded on to a coastguard boat, driven out to sea and cast adrift on two life rafts, un well-documented form of pushback by Greek authorities.

Jean* and at least two others were allegedly strip-searched and beaten. Jean said at least one woman was subjected to an internal physical search by officers looking for money. “The police beat us with the greatest violence," Egli ha detto. “I was punched in the face and in the stomach. I was crying.” Pascaline* said she was robbed of her money and her baby was thrown into the life raft “as if you were throwing a garbage can”. “We have to denounce this because it’s inhuman. They hit people in front of us, they traumatised the children.”

The two rafts were picked up by the Turkish coastguard a few hours later. The pregnant woman had gone into labour on the raft and delivered her baby shortly after being rescued.

Of the eight people who initially escaped the authorities in Samos, four would make it to a refugee camp on the island, while the other four were picked up. One woman was apprehended outside a monastery, given a bottle of water and cast out to sea on her own. She was rescued by the Turkish coastguard su 17 settembre.

After sleeping in the forest overnight, Keita, Kouamou and another man, Ibrahim*, were apprehended on 16 settembre.

Ibrahim, a former member of the Cameroonian navy, said they were stopped on a road by people identifying themselves as police officers. They were asked for ID and stripped of their phones and money before being put into a car and taken to a port. Ibrahim said they were then loaded on to a speedboat, which he identified as a Rafnar, a vessel used by the coastguard on Samos.

After half an hour, the boat stopped and Ibrahim says that, uno per uno, the men were pushed into the water. “I resisted," Egli ha detto. “They beat me properly before throwing me into the water.” He said he swam desperately, the waves helping push him towards the Turkish shore and on to the beach a few hours from Kusadasi. He said he cried out thanks to God before vomiting.

According to Ibrahim, Keita’s body washed up soon after. Friends said neither Keita nor Kouamou could swim. Ibrahim tried resuscitation but it was too late. Ibrahim planted a stick in the sand next to Keita’s body and started walking along the coast.

He was picked up by Turkish police on 18 settembre, and described to them the events which led to Keita’s death. “They pushed all of us into the sea,” he told the authorities. “They did not provide us with a raft or boat.” He said Kouamou had disappeared beneath the waves.

Later that day, Keita’s body was found by the Turkish coastguard. Due giorni dopo, they found Kouamou on the same beach. Ibrahim later identified both bodies in the morgue in Izmir. Medical documents state that Keita drowned and that Kouamou’s body had been found in the sea, close to shore.

While it is impossible to fully verify Ibrahim’s story, two Greek officials with direct knowledge of coastguard operations, who spoke on condition of anonymity, confirmed that what he described had happened before, usually to smaller groups of asylum seekers. The rationale is to avoid using life rafts, which are expensive; any public tender for their replacement might raise questions. Both officials said refugees are usually provided with lifejackets before being told to swim back to Turkey.

Since December, the Turkish coastguard have recorded 11 rescues of people in similar circumstances.

Over tea in Izmir in October, Ibrahim said he believed it was partly down to God that he survived. “The sea is my friend, I have no fear," Egli ha detto. He has since made it back to Greece, where he has registered as a minor. The Guardian cannot verify his age. Mesi dopo, he is still haunted by what happened. “I feel like I left a part of me in the water," Egli ha detto.

Dimitris Choulis, a HRLP lawyer, is filing a lawsuit pressing for criminal charges to be brought against those involved in the pushback on behalf of some of the 36 people who made that journey on 15 settembre. “What is very dangerous for our democracy is having police officers overstepping the law," Egli ha detto. “My hope is, as a Greek lawyer, to restore the rule of law in the island of Samos, because this is what seems to have been lost.”

Lorraine Leete, from the Legal Centre Lesbos, aggiunto: “Pushbacks constitute atrocities against the humankind for which Greece and the EU will have to respond sooner or later, given the hard and accumulated evidence of crimes committed at their borders.”

Kouamou’s body was returned to Cameroon, thanks to savings from his older brother, Séverin. He leaves behind a wife and two young children. “The news of his death broke us all,” said his aunt, Marinette. “His death left me traumatised to have lost such a good son.”

Keita’s family could not raise the money to bring him back to Ivory Coast, and he lies in an unmarked grave in Izmir, thousands of miles from home.

In una dichiarazione, the Greek police authorities said: “The Hellenic police authorities, following a strict disciplinary legal framework, investigate every piece of information which is communicated to them and concerns alleged incidents of ill treatment at the borders, including allegations for unprocessed returns (pushbacks), in order that the foreseen by law penalties are imposed and similar behaviours are avoided in the future. The allegations on the breach of the principle of non-refoulement do not meet reality and in fact undermine the work of the Hellenic police at the operational border areas.”

The Greek coastguard did not respond to requests for comment.