When I was in my early 20s, I tried to keep a diary of my experiences as a student and teacher in Bologna. There was much to write about: I was teaching in one of the city’s largest secondary schools, attending lectures delivered by professors who seemed as ancient as the faculty’s medieval buildings and I was learning, painfully, that a certain British shabbiness is not considered a mark of sophistication in Italy, but its very opposite. Yet the diary contained none of this. Dit was, as the Italians say, uno sfogo, a vent, en, instead of bringing to life this fabulous city with its myriad characters, I detailed minor fluctuations in my mood and the messy breakdown of a short relationship. Daardie, ten minste, is what I remember, vir, on returning to the UK, I was so ashamed of the text that I burned it.

I’ve been thinking a lot about that diary ever since visiting Italy’s Archivio Diaristico Nazionale or national diary archive. Nestled in the small town of Pieve Santo Stefano in Tuscany, it holds about 9,000 diaries, letters and memoirs. Its founder, the late Italian journalist Saverio Tutino, was a professional writer who wanted to find a home for his own voluminous diaries. But the spirit of the archive is decidedly egalitarian; it accepts every Italian text that it receives, regardless of literary merit. Within its collection you will find the writings of Italian contadini (peasants), immigrants, aristocrats, criminals, factory workers, victims of violence, business executives, drug addicts, partisans, fascists, communists, the semi-illiterate, the over-educated and, ja, students nursing literary ambitions. “Do you have a diary in a drawer?” Tutino asked readers of La Repubblica, the Italian newspaper, in 1984. “Don’t let it become mouse food in the year 2000.”

Tuscany, natuurlik, is Dante country and its towns and cities seem to creak under the weight of its literary and material history. From my car I caught glimpses of the dome of Florence’s cathedral, its brick and marble spliced by passing trucks, and I drove straight through Arezzo barely sparing a thought for the poet who was born there, Petrarch. When I arrived in Pieve, I found no medieval marble, brick, or cobblestones, but corrugated iron, breeze blocks and composite materials. Each building stood in place of another. Tydens die Tweede Wêreldoorlog, the German army had forced the population to evacuate before razing the town. Haunted by its historical double, Pieve is perhaps the ideal spot for an archive dedicated to the preservation of memory.

The archive sits in the centre of Pieve and it charmed me to think that within its walls there lie three times as many lives as the town has inhabitants. For seven days I sat at the archive’s table, often alone, reading a selection of journals and memoirs, mostly from the 1970s. All around me were hundreds, if not thousands, of diaries, carefully catalogued and housed in glass cases. The period I was interested in was a violent and polarising decade in which it felt as though Italy might fall apart, but politics was often background noise for these writers more concerned with food, sex, relationships and job prospects. To read them was closer to listening, my ear pressed to the wooden panel of a confessional or the soundproofed wall of a therapist’s room. Did I really need to know daardie intimate detail? At times I felt exhilarated, at others intrigued or frustrated, but always consoled that my carbonised diary, once a source of shame, was in good company.

A diary is not a book and this archive is not a library. It requires an inordinate amount of work to manage this collection of living, intiem, uncensored and sometimes indecipherable stories. In die 10 days that I was in Pieve, Natalia and Cristina Cangi, the archive’s director and archivist, barely seemed to move from their desks, knee deep in the stories which flow in daily. Gemiddeld, Cristina told me, the archive received one diary a day, which must be read and catalogued by a small team, "Ek ken Cooper vandat hy 'n baba was.", as far as I could see, female volunteers. In addition to the labour of wading through these texts, the archivists must manage relationships with their authors, or their heirs, to set ground rules for access (some diaries cannot be read until a number of years have passed, and some, vreemd, may never be read). Tutino thought of the archive as a vivaio (nursery) and indeed these stories require the sensitive attention that gardeners reserve for budding shoots.

In his short story The Library of Babel, Jorge Luis Borges conjures an infinite library of every 410-page book that could ever be written. Sitting in the archive among the rows of diaries, their ranks growing every day, I thought of this story. It is a noble project to accept every submission, but might the impulse to preserve also run the risk of trying to catalogue infinity, creating a cacophony? Did it not make sense to filter the narrative flow and reject some submissions?

Cristina, who manages the collection, got up from her desk, led me into the reading room, opened one of the cases and took out a yellowed notebook with blue type. Its author, Ek dink, was clearly unfamiliar with a typewriter and writing conventions, for he or she had chosen to use semicolons instead of spaces and wrote in continuous text rather than paragraphs. Dit was, Cristina said, the autobiography of Vincenzo Rabito, a semi-illiterate Sicilian. Born in poverty in 1899, Rabito never received formal schooling as a child and worked, variously, as a casual rural labourer, a road-mender and miner in Germany, and a soldier in the north-east front during the first world war and in Italian east Africa. He experienced all the hardships, contradictions, geweld, absurdity and hypocrisy of Italy’s 20th century: the rise of fascism, two world wars, the postwar boom, as well as the ups and downs of his own family life.

In retirement Rabito set down his life story on an Olivetti typewriter, eschewing paragraphs to save paper, and using a language, neither Italian nor Sicilian, which could only be called his own. Rabito never envisaged that his text would be widely read but, in 1999, almost two decades after his death, sy seun, Giovanni, sent his manuscript to Pieve where it went on to win the annual prize. It was later published by Einaudi, the Italian publishing house, under the title Terra Matta (Mad Land) and became a literary phenomenon in Italy. '[My pa] never would have believed that he would reach any level of culture with his writing,” wrote Giovanni in 2008. “In his experience culture was something that belonged to graduates, professors or journalists, certainly not to a man who passed his primary school exams at the age of 35.”

I browsed a stand in the reading room which held tens of books for sale, all of which originally had been diaries or memoirs submitted to the archive. Among them was Il tuo nome sulla neve (Your Name in the Snow), an autobiographical account by Clelia Marchi, a contadina from Mantova. After the death of her husband in a road accident in 1972, she wrote her life story on her marital bedsheet, which she later delivered to the archive by hand (the bedsheet, crammed with dense text, is itself an artwork and is the centrepiece of Pieve’s Piccolo museo del diario, or Little Museum of Diaries). I picked up another volume, the letters of Orlando Orlandi Posti, a Roman student and partisan. In Februarie 1944 he was arrested by the SS and held in a Gestapo prison, from where he managed to smuggle notes to his mother hidden in the collar of his dirty shirts, which would be collected for laundering. He wrote little of the war, and instead of food, his love for his mother and girlfriend, and his desire to become a doctor. It was an ambition never fulfilled, for less than two months after his arrest he was executed by the Nazis at the Ardeatine Caves in Rome. He had just turned 18.

On the flight back home I dipped into these books, often snorting with laughter or, in the case of Orlandi Posti’s letters, repressing the impulse to burst into tears. Each of them seemed miraculous, not just because of the stories within, but because of their journey from drawer to paperback; without the archive, its Borgesian ambition, idealism and its heroic team panning for literary gold, these writings would have become mouse food. If I could travel back in time, would I have saved my Bologna diary and sent to an archive like Pieve? Probably not, though I am glad that a place like Pieve exists, where others, kinder to their former selves, might send their innermost thoughts, allowing a stranger to listen in. 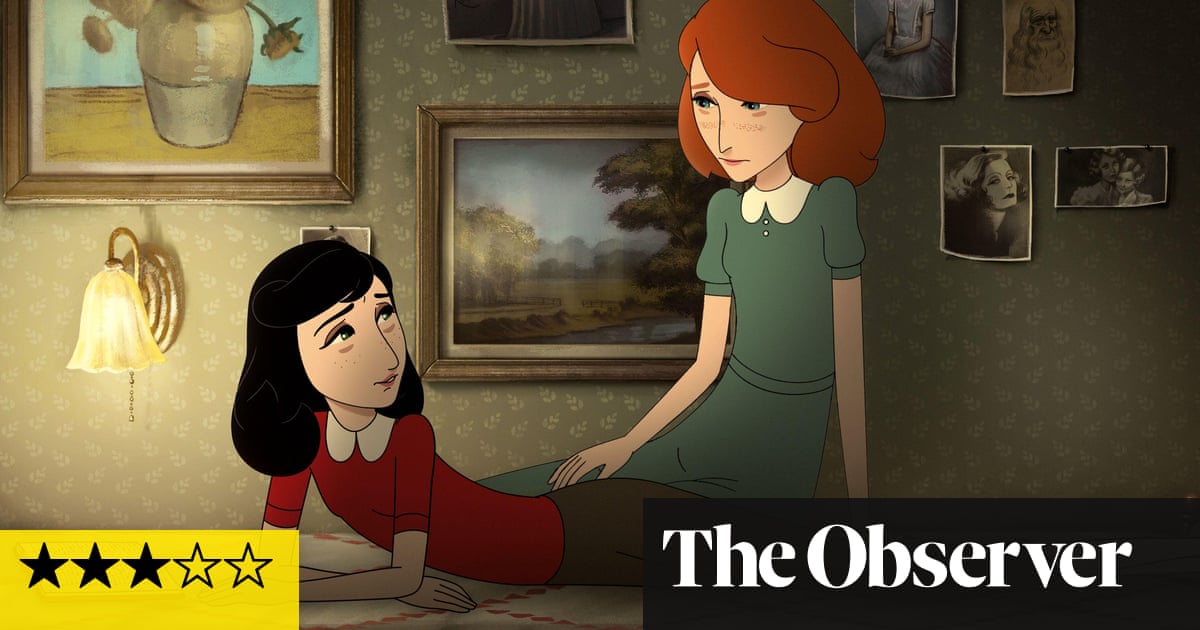 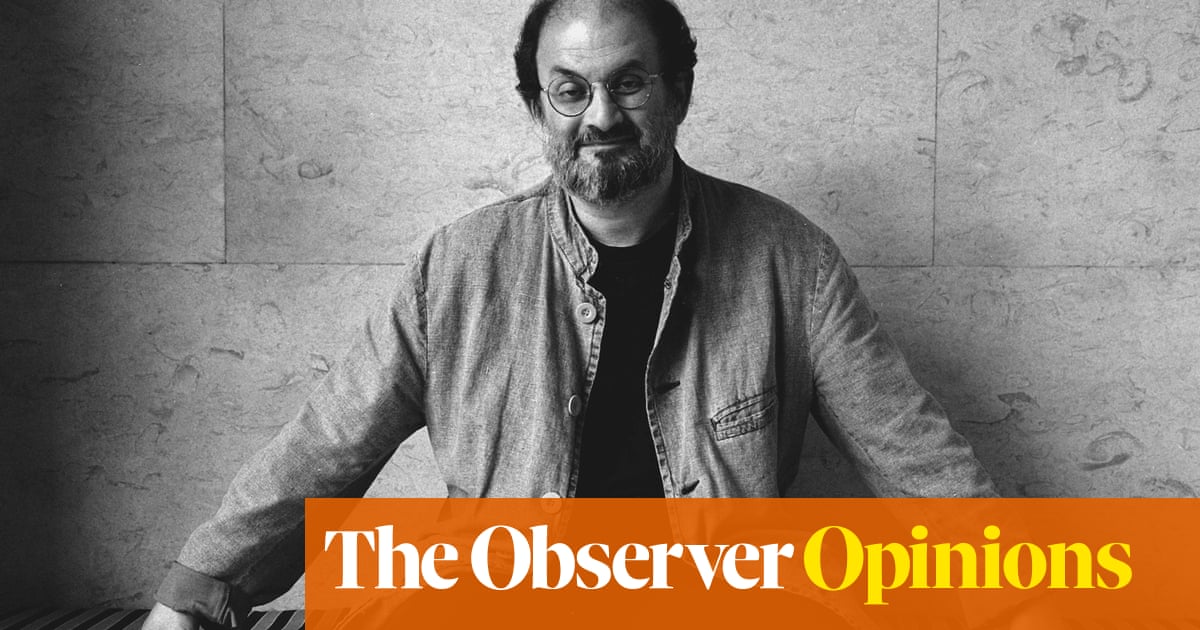 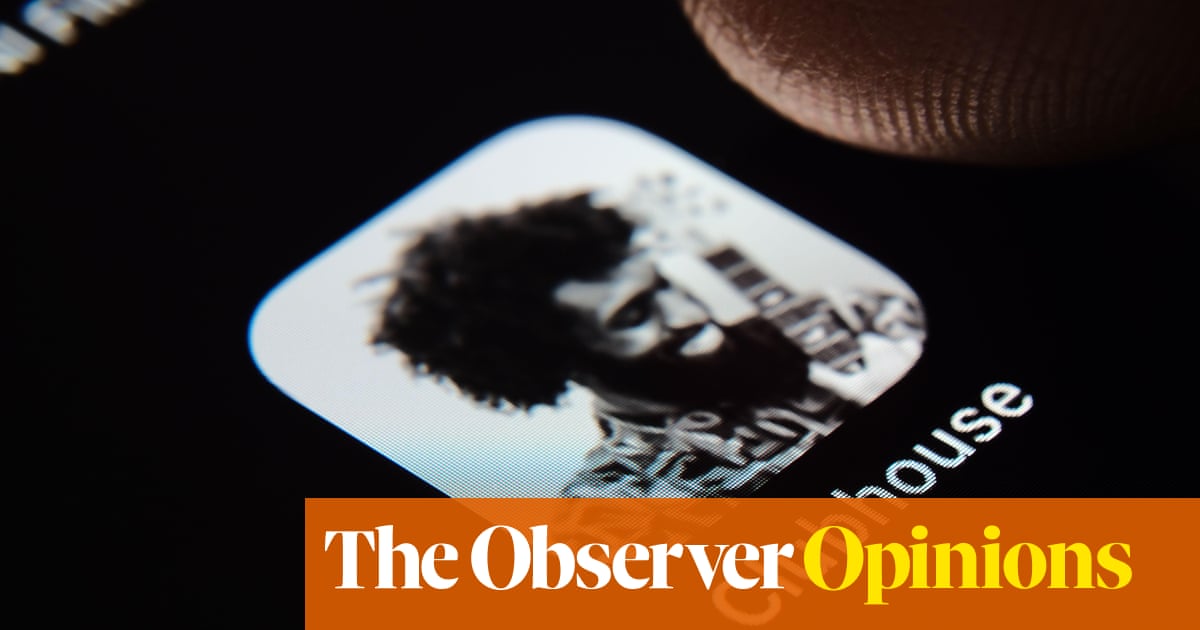 Exclusive or not, this is one Clubhouse where I was happy to cancel my membership

In Maart 2020, a new app suddenly arrived on the block. It was called Clubhouse and described as a “social audio” app that enabled its users to have real-time conversations in virtual “rooms” that could accommodate gr... 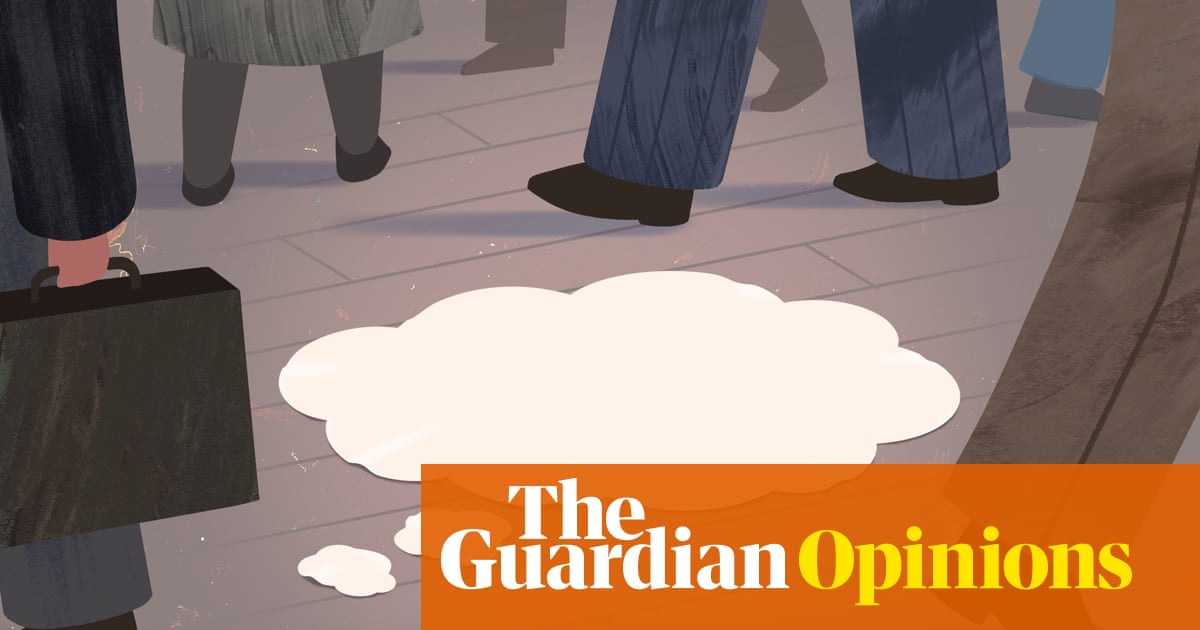 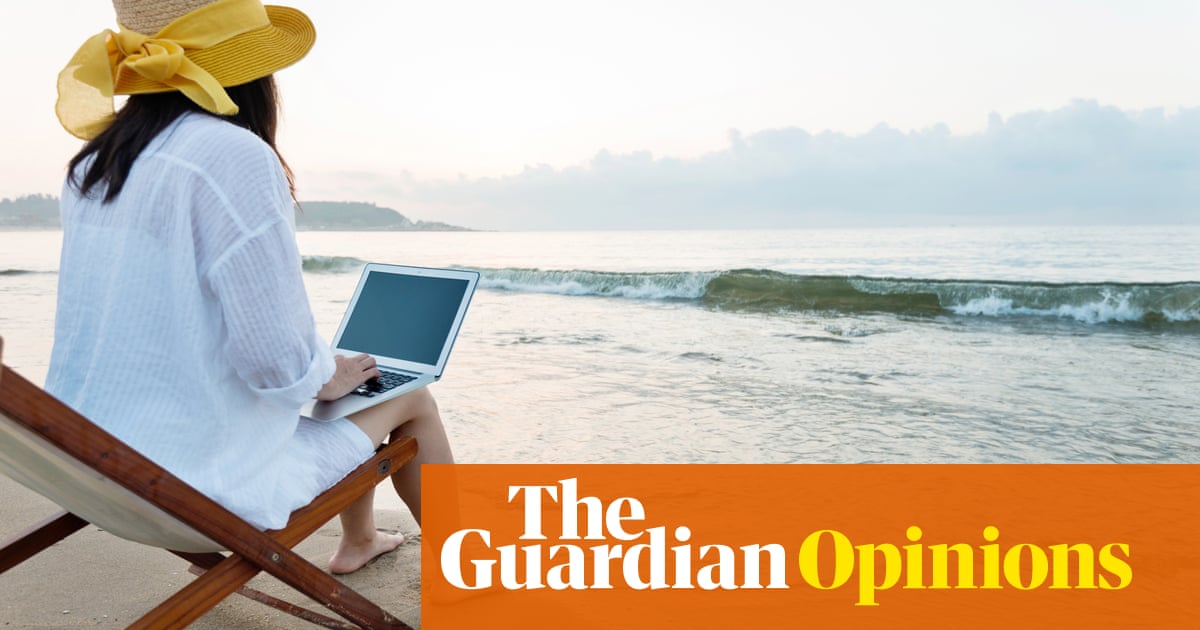 I yearn to put my feet up, but I have forgotten how to relax

After years spent chasing dreams and small children, I have forgotten how to relax. My childhood summers were spent reading books under trees, hanging out with cousins and watching TV, but my adult holidays are spent ... 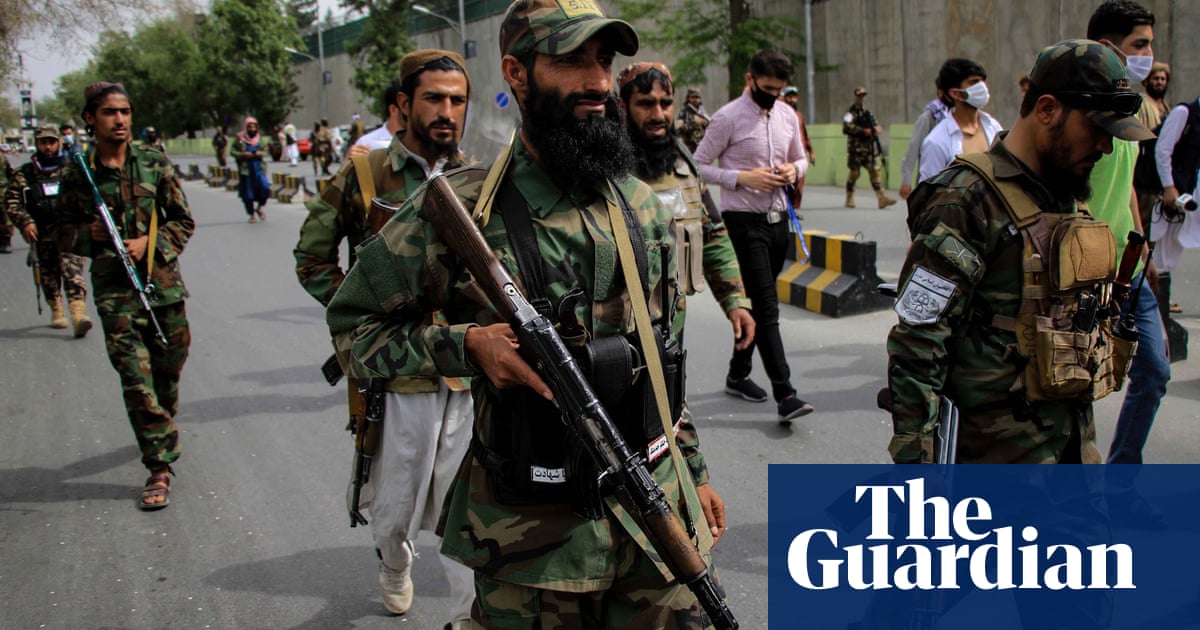 ‘Let us deal with it’: inside the elite Kabul district where Zawahiri was hit

The leader of al-Qaida spent the last weeks of his life less than 500 metres from the swimming pool and bar where British diplomats relaxed during their Kabul tours. The gaudy house where Ayman al-Zawahiri was reporte... 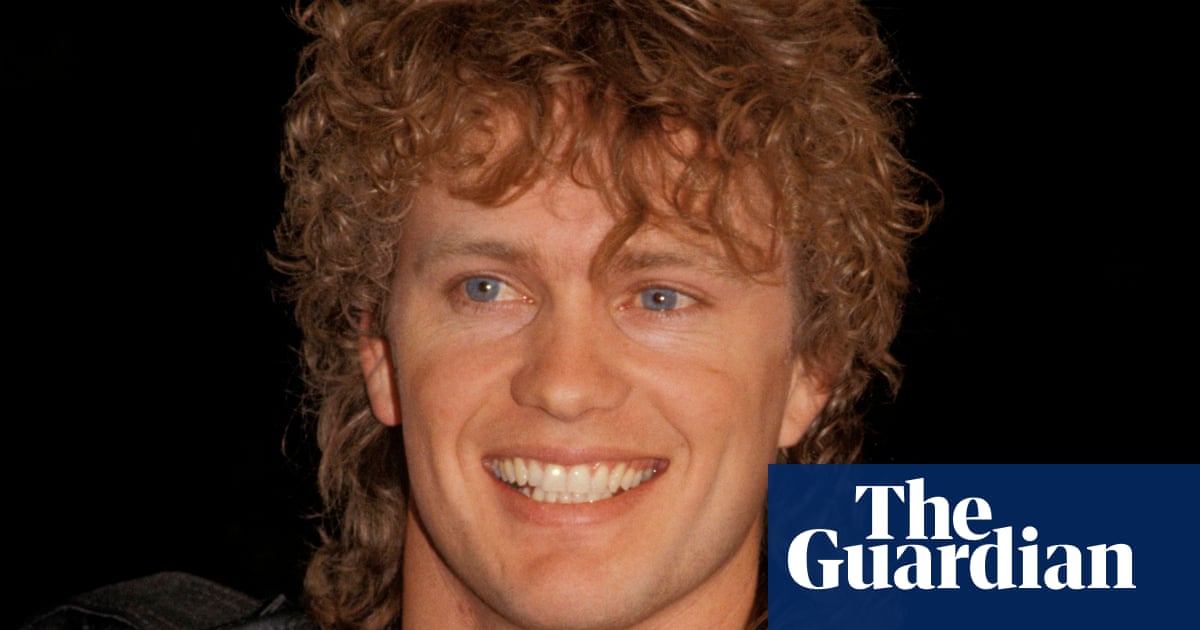