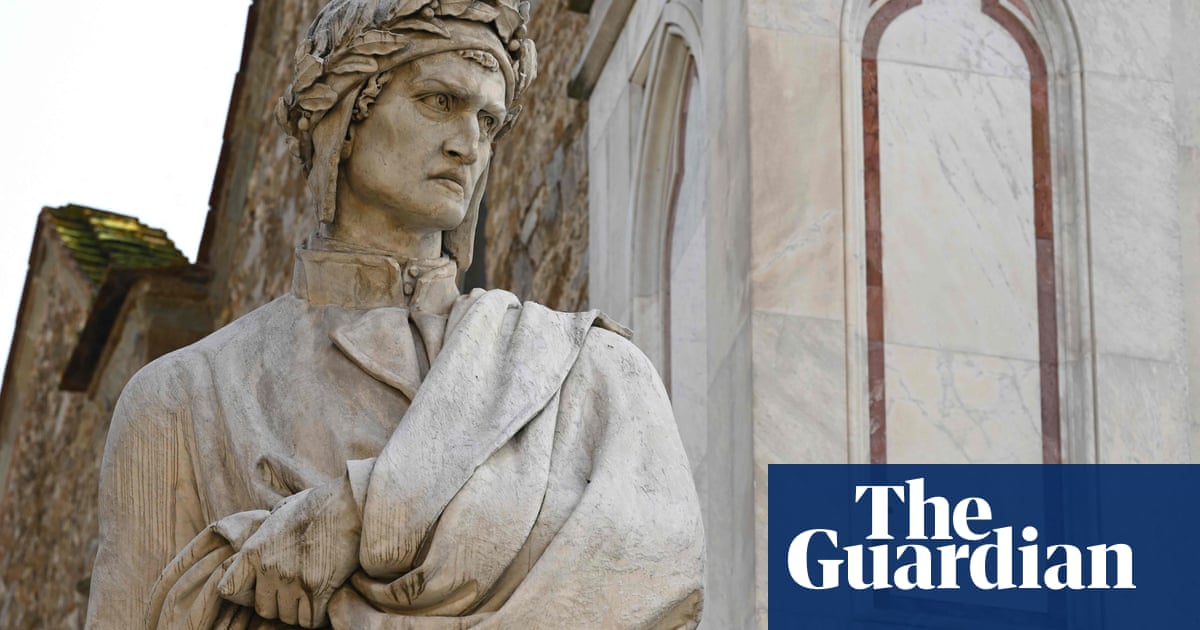 Italian political and cultural leaders have sprung to the defence of their much-revered poet Dante Alighieri after a German newspaper downplayed his importance to the Italian language and said he was “light years” away from William Shakespeare.

In a comment piece in Frankfurter Rundschau, Arno Widmann wrote that even though Dante “brought the national language to great heights”, Italian schoolchildren struggled to understand the antiquated verse of his Divine Comedy, which was written in 1320.

The epic poem, which is split into three parts and traces a pilgrim’s journey through hell, purgatory and heaven, was written in the vernacular Tuscan dialect to make it accessible to the masses, instead of Latin. His choice had such a great impact on writers at the time that the Tuscan dialect formed the basis for modern Italian, hence why the poet is known as “the father of the Italian language”.

Widmann also maintained that as a lyric poet, Dante was beholden to French medieval troubadours, the poet-musicians who wrote verses on love. “One important difference tends to be overlooked,” Widmann wrote. “The troubadours were pop singers, of whose masterpieces only the lyrics survive; Dante aimed to achieve the same effect – without music. He always felt in competition.”

But perhaps the most damning assessment was his comparison of Dante with Shakespeare. Widmann wrote that “Shakespeare, in his amorality, was light years more modern than Dante’s effort to have an opinion on everything, who dragged everything before the judgment of his own morality”.

Widmann wrote his article to coincide with Italians celebrating Dante Day on 25 March, chosen as it is the date on which most scholars believe he made his fictional decent into hell for the first part of The Divine Comedy. There are also events taking place across Italy this year to mark the 700th anniversary of the poet’s death.

The harshest reaction to Widmann’s piece came from Eike Schmidt, a German art historian and the director of Florence’s Uffizi Gallery, who described the journalist as “ignorant” during a radio interview.

“Widmann maintains that Dante’s importance for the Italian language was not so great, because children at school would have difficulty understanding his texts,” Schmidt said. “But that’s not the case at all. Apart from a few words and some theological concepts, Dante’s language is still perfectly intelligible today, unlike what happened with English or German in the 14th century.”

The Italian culture minister, Dario Franceschini, tweeted a verse from Dante’s Inferno in response: “Non ragioniam di lor, ma guarda e passa (Inf. III, 51)” (“let us not reflect about them, but watch and move on”).

Luca Serianni, an Italian linguist and vice-president of the Dante Alighieri Society, told the news agency Adnkronos that the article had “a childish approach”.

Dante was born in Florence in 1265 and died and was buried in Ravenna in 1321. Pope Francis and the Italian president, Sergio Mattarella, both paid tribute to the poet to mark Dante Day last week. The pope wrote that Dante remained a “prophet of hope and witness to the human desire for happiness”, especially at this “moment in history”.

Mattarella told Corriere della Sera: “The Divine Comedy still attracts us, fascinates us, makes us wonder today because it talks about us, about the deepest essence of man, made up of weaknesses, failings, nobility and generosity.”