‘It was much bigger than me’: Terence Blanchard on being the Met Opera’s first Black composer 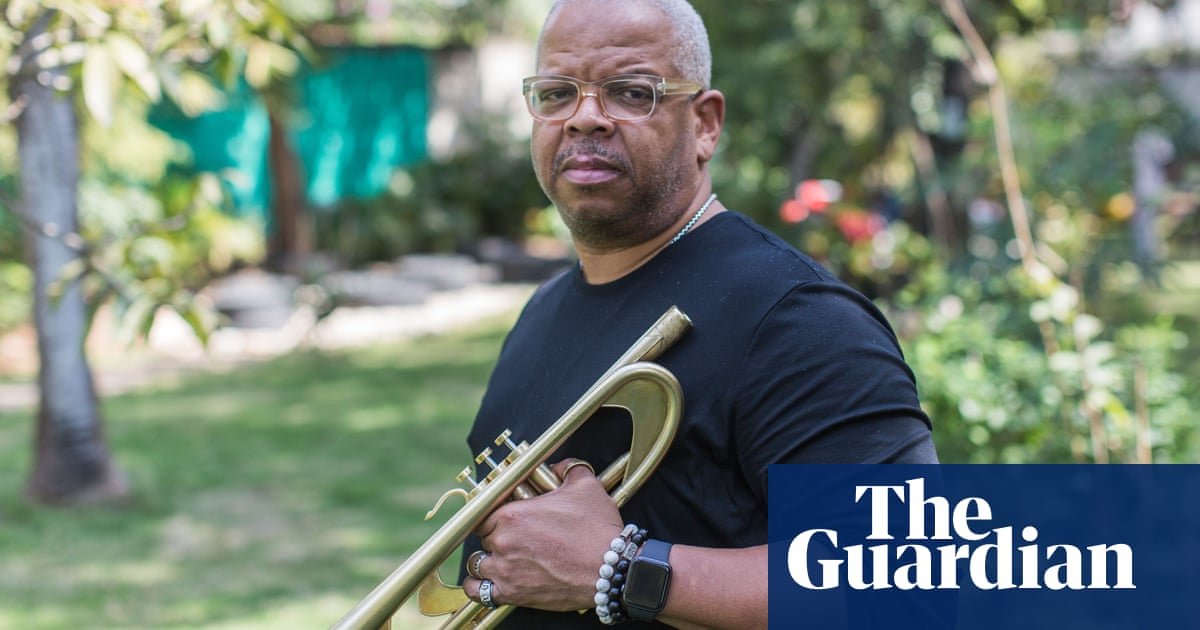 Taking his bow during a nine-minute curtain call, Terence Blanchard could see this was no ordinary night at the opera. The 4,000-strong audience at the Metropolitan Opera in New York was striking in its racial diversity.

“There were so many faces of pride,” the composer recalls of last week’s premiere. “Obviously it was directed towards me but it was much bigger than me. Seeing themselves on the stage, seeing people that they knew, seeing the culture on the stage at the Met had people in tears.”

Blanchard’s Fire Shut Up in My Bones was the first staged work in the house since March 2020 when the coronavirus pandemic forced a city-wide shutdown. More importantly, and astonishingly, it was the first by a Black composer in the 138-year history of the Met.

The opera, which has an all-Black cast, is based on a 2014 memoir by New York Times columnist Charles Blow, an emotionally searing story of child molestation in segregated northern Louisiana of the 1970s. It premiered in 2019 at the Opera Theatre of Saint Louis in Missouri.

When the Met first called about staging the work, Blanchard, 59, a jazz trumpeter, bandleader and composer best known for scoring Spike Lee films, little guessed that he would be making history as the first African American to have an opera performed there.

“I had no idea and then all of a sudden this journalist asked me this question and I’m like, ‘Ah, come on, you got to be kiddin’ me, right?’” he says by phone. “That was my reaction: there’s no way in hell I’m the first! I can’t be, no, no. First of all, it’s New York, you know what I’m saying? And then when it was confirmed, I was saddened. It’s an amazing honour to go through that but then the sad part about it is that I know I’m not the first qualified.”

Blanchard cites work by Scott Joplin as one example. Another came to him this summer when he heard a performance of Highway 1, a one-act opera by Black composer William Grant Still first performed in 1963, at the Opera Theatre of St Louis.

“I’ve always been convicted of being a very idealistic person at time but my thinking was, if you are truly, truly truly about the arts, tell me what’s wrong with this piece and why it couldn’t be at the Met.”

The Met has traditionally favoured the canon of dead white European composers; living artists had a better shot at the New York City Opera, which produced Still’s Troubled Island in 1949. Blanchard says he can only guess why the Met, in theory an open minded institution in liberal and diverse New York, kept turning down Black composers for so long.

He draws a parallel with the reaction to the murder last year of George Floyd, an African American man in Minneapolis, by white police officer Derek Chauvin, who pressed his knee against Floyd’s neck for up to nine and a half minutes. The killing touched off nationwide Black Lives Matter protests. Chauvin was sentenced to 22 and a half years in prison.

Blanchard says: “My guess would be it’s the type of racism that people don’t even realise they are engaged in. For example, when George Floyd was killed, it was amazing the response that I got from people who I’ve known all my life who are well-meaning people. It was the first time that they saw true evidence of what it is we’ve been screaming about for decades.

“People were calling me going, ‘Are you OK?’ I didn’t know what they were talking about. Like, ‘What happened? Did something happen to my wife that nobody’s told me about yet?’ They’re like, ‘No, no, we just got saw the George Floyd thing.’ And I’m like, ‘Wow, OK.’ That blew me away because it took that to truly wake them up because I’m not saying that they were overtly racist.

“I’m just saying it wasn’t registering with them the way that it registered with us because they never saw it, and when they did see it there was always these explanations where ‘you have to see what happened prior to the video’ – all of those excuses.

“But with this, there was no excuse: the man’s knee was on his neck for an extended period of time once he was already under control and you can’t explain why he did what he did other than the fact that he just hated Black people. So I think that has woken people up and made people realise that needs to be some accountability and there needs to be some reckoning for all these institutions.”

It is a reckoning that has extended to New York’s art galleries, museums and theatres, where a record seven works by Black playwrights are opening this autumn and where industry leaders have agreed a “New Deal for Broadway” to pursue diversity, equity and inclusion.

But opera carries particular connotations of class and race-based elitism. Peter Geib, general manager of the Met since 2006, has publicly acknowledged the impact of the Black Lives Matter movement and why it was important for the institution to respond.

Earlier this year the Met hired Marcia Sells as its first chief diversity officer and recruited three composers of colour – Valerie Coleman, Jessie Montgomery and Joel Thompson – to its commissioning programme. Black composer Anthony Davis’s opera X: The Life and Times of Malcolm X will receive its Met premiere in 2023.

Blanchard adds: “I’ll give Peter Gelb all the kudos in the world for wanting to right a wrong. The cool thing about it’s not just going to be me. I’m really pleased with the fact that I’m not a token, that I’m not a one off.”

Like Blow, Blanchard hails from Louisiana, and owes his love of opera to his father, who in turn was taught by Osceola Blanchet, a high school chemistry teacher and church organist in New Orleans. “My dad and a few other African American men would rehearse every Wednesday night at Mr Blanchet’s house and sometimes I would go over there. We talk about this community, being raised by a village: that truly was my experience.

“I got emotional one day just sitting down running through the names in my head of all the people that had a positive influence on me in the arts. They were all African American and none of them made a name for themselves. None of them ever got any kind of acclaim but they really loved the arts.”

Blanchard has won five Grammy awards for his jazz records. He has written the scores for more than 40 movies including 17 by Lee, earning Oscar nominations for BlacKkKlansman and Da 5 Bloods. Lee attended the first two performances of Fire Shut Up in My Bones and plans to come back for closing night.

Blanchard credits the film world with helped him to understand how to tell stories and the jazz world for helping him develop a language – harmonic, rhythmic or melodic – to communicate them (he is no modern minimalist). His first opera, Champion, in 2013, was about the life of closeted gay boxer Emile Griffith.

Classical music still has white gods by which all tend to be judged. Last year, when plans were announced for a film about 18th century composer of colour Joseph Boulogne, headlines writers could not resist dubbing him the “Black Mozart”. The soubriquet was condemned as demeaning in a New York Times column by composer Marcos Balter.

How would Blanchard feel about such a description? “I understand it but I don’t want to be a Black composer; I want to be a composer. I understand why there’s a need to say that because of the historic nature of it and the significance of it. I get it. But there’s some inherent things in that statement that I don’t think people realise.

“One journalist asked me, did I think white people would come to see this opera? I said, your question just insinuates that Black people won’t go to see white opera. The absurdity of some of the questions behind the stuff is just crazy to me because people don’t realise what it is that they’re saying in their attempt to be open. For me, that’s such a silly notion.

“Why wouldn’t people come to see this? Because there’s black people on the stage? Well, that’s a very selfish thing on their part because they expect people to just see and experience their culture on stage. That doesn’t make sense and it doesn’t really jive with the whole notion of people being inquisitive or wanting to learn. People always say, ‘Oh, man, the arts are about expanding one’s consciousness’. OK, well, here we go.”

Fire Shut Up in My Bones, with a libretto by Kasi Lemmons, opened on 27 September to ecstatic reviews and will travel to the Lyric Opera of Chicago in March and Los Angeles Opera in a future season. National Public Radio said: “It was staggering to witness this jolt of proud kinetic Blackness on the Metropolitan Opera stage”. The Observer website suggested: “In the running for best American opera of the 21st century.”

Blanchard sums up that first night in one word: humbling. “Some of my hardest friends came up to me: ‘Man, you made me cry four times.’ But I think those tears were tears about what it meant, what’s going on in the country, how this can change things. It speaks to the yearning that we’ve been having for generations just to be equal, man, just to have an opportunity to do what everybody else does and to be seen.”