The weekend in Chequers had promised so much. A chance to launch the fightback to save his job with the old team who had helped win him the leadership back in 2019. How he had missed Grant Shapps and his Amazing Spreadsheet. Just imagine having a list of the names of every Conservative MP and their phone numbers! Along with the chief whip’s hilarious nicknames for everyone. Gold dust. A gamechanger.

But Operation Save Big Dog 2.0 hadn’t really gone to plan. First off, it had taken several hours for Boris Johnson to realise that the Shappster hadn’t updated his spreadsheet and he had had rather an awkward telephone conversation with someone who turned out to be his brother, [object Window]. Quindi, when he had finally got hold of all the right numbers for his MPs, his advisers rang to tell him that the Sunday Times would be running stories about parties in the No 10 flat and how Nusrat Ghani had been told that being a Muslim had been a factor in her being fired from her ministerial post.

“What shall we do?” asked Big Dog.

“We can ignore the parties,” said Grant. “You were at them so you know for certain that they never took place.”

“Good point. Great to have you back. I’ve missed your laser-like intelligence.”

“The Islamophobia is more of a problem. Especially as you’ve got form for this …”

"Bene,” said Shapps. “You once described Muslim women as looking like letter boxes and bank robbers …

“That was just meant as a joke!'

“And what about making a lord out of one of your old muckers, Zac Goldsmith, who ran a campaign to become London mayor that insulted Muslims?"

“That was just looking after a mate, Shappster.”

“Possibly. But it doesn’t look good,” interrupted a special adviser. “So here’s what we do. We say very firmly that Islamophobia has no place in the Tory party even though it quite obviously does. We then say there can only be an inquiry if Ghani calls for an inquiry and as she hasn’t yet called for an inquiry then there is no point having an inquiry. That doesn’t look at all feeble or as if we’re trying to duck the issue.”

“If it helps,” said Michael Fabricant, “I could tweet that Ghani was mediocre and unimaginative …”

“Does everything have to be about you …?” said the Spad.

“And that she wasn’t really very Muslim anyway. That should clear the air …”

The weekend had all been downhill from that point onwards. So much so that by first thing Monday morning when Big Dog was back in Downing Street, it had already been decided the Cabinet Office inquiry into Islamophobia that the government had said would not be taking place was now taking place after all. Though, auspicabilmente, it wouldn’t find out very much as most Tories couldn’t even agree on what being Islamophobic actually meant.

Johnson’s mood hadn’t been much improved by his morning plod round St James’s park with the dog. Even he had to conclude he was looking like shit. His skin was pallid and the bags under his eyes were now so marked, so deep that the sockets were barely visible. His eyes mere bloodshot pinpricks. Nor had his mood been improved by a conversation with his police detail who had told him they were now co-operating with Sue Gray. Didn’t they understand that the whole point of the No 10 police was not to investigate anything that happened under their noses?

“We’re off now,” said the adviser.

“A hospital in Milton Keynes.”

“Another one? Do I have to? I’ve been to dozens of hospitals recently. People will start to think I haven’t got anything better to do …”

“Yup. But that’s an improvement on the fact that for the last two months you’ve been doing nothing but trying to save your job.”

A hospital visit meant another pooled TV clip. This time with the BBC’s Jonathan Blake. Johnson batted away the first two questions on Islamophobia and parties inside No 10. He couldn’t possibly comment, he smirked, as the inquiry had only just been announced and Sue Gray had yet to report. He could quite easily have said something, ovviamente. But why pass up the opportunity to lie?

Then came questions on the national insurance rise in April. A hike he claimed was all Rishi Sunak’s idea and that the chancellor said was all Boris’s. And which all the rest of the cabinet were also busy disowning? Jesus, at this rate they could all defect to the opposition as it was Labour policy not to impose the NI hikes.

What a shitshow. Even he had to concede the government was run by clowns. Ancora, eight times he refused to confirm the rise would go ahead. Always useful to have room for manoeuvre to keep his backbenchers happy if that’s what it took to save his job. And as for Ukraine. Putin better watch out big time. Not that we would be sending troops in or anything. But we could refuse to take Russian gas and freeze to death.

Back home, things just went from bad to worse. First Michael Gove pledged his support. The kiss of death for anyone. Quindi some lord he didn’t even know he had appointed resigned as the anti-corruption minister, after the government had written off £4.3bn lost to Covid scams. Couldn’t Agnew just have done the decent thing and buggered off quietly? No one would have noticed.

Then came reports of yet another party that Johnson had no recollection of attending. There again it was asking a bit much for the prime minister to remember his own birthday party. And that his wife and the interior designer, who had made the Downing Street flat so exquisitely hideous, had given him a cake. E quello 30 other people had been invited. And that he had had another party in the flat that evening.

Surely if he’d only been there for 10 minutes he couldn’t really be said to have attended. Like if you didn’t stay the night, it didn’t count as an affair. That had been one of his oldest excuses. Plus it wasn’t as if there had been booze and everyone had got pissed. Besides, it had been a surprise party. So by definition, he couldn’t have known about it.

Big Dog sighed and tugged at his toddler haircut. The Phoney War was getting to him. Now that he thought about it, he was almost looking forward to the publication of Gray’s report. Not that she would ever publish anything anytime soon if any more parties he couldn’t remember going to came out of the woodwork. But when it did appear at least then he would know what he was up against. Dopotutto, having parties when he’d told everyone else they couldn’t see friends and family and then lying about it wasn’t so bad? Was it? 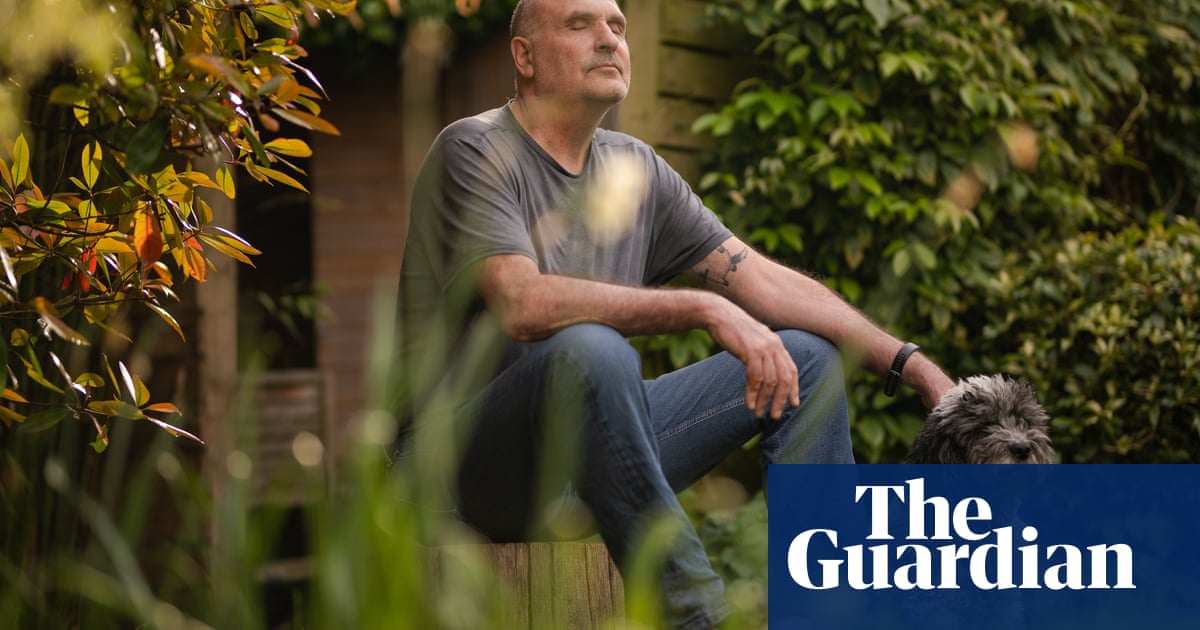 ‘I feel totally seen’: John Crace on how guided breathing soothed a lifetime of anxiety

I’d agreed to go along to a breathing workshop thinking no more than it couldn’t do any harm and that it might make for a fun article. I left with the possibility that I had found a missing piece of the jigsaw. Someth...