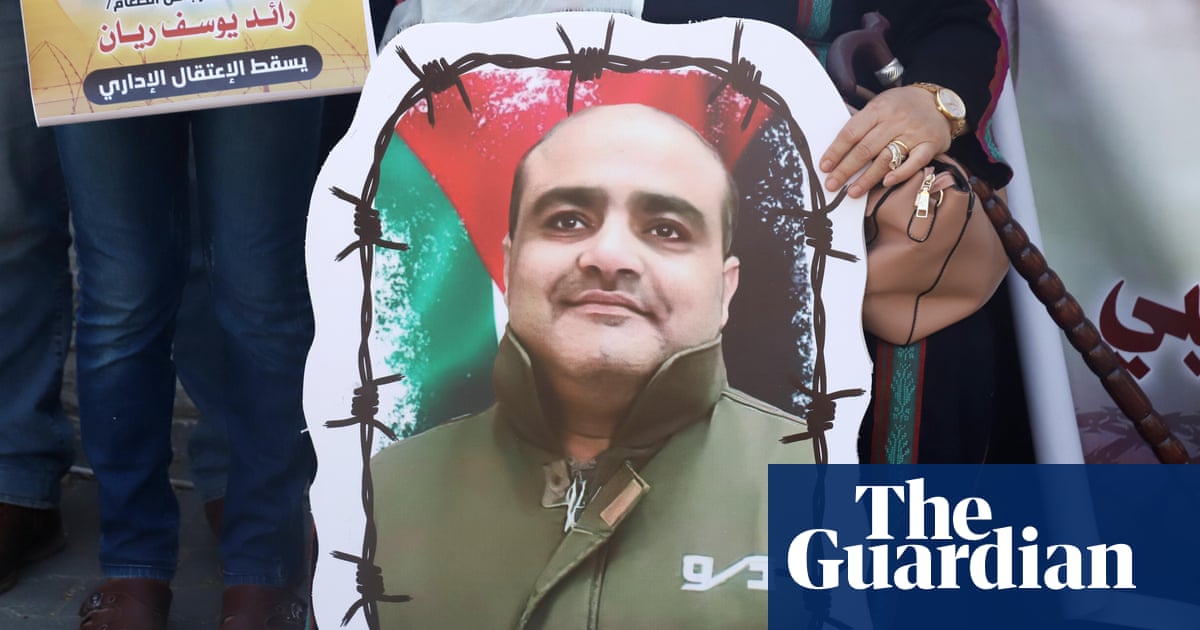 'N Israeli court has handed a guilty verdict to a Gaza aid worker accused of funnelling relief money to Hamas, despite international outcry at the lack of evidence in the high-profile case that has dragged on for years.

Mohammad El Halabi, the former head of the US-based charity World Vision’s Gaza office, was arrested in 2016 after being accused by Israel’s Shin Bet security service of transferring tens of millions of dollars to Hamas, the Palestinian militant group in control inside the Gaza Strip. He has been held in pre-trial detention since.

Both he and World Vision have denied any wrongdoing. On Wednesday – more than 160 court sessions and six years later – the district court in the southern Israeli city of Beersheba found Halabi guilty on all but one of the terrorism charges against him, including membership of a terrorist organisation, financing terrorist activities, having “transmitted information to the enemy”, and possession of a weapon.

Sentencing is expected in the next few weeks. World Vision said Halabi would appeal against the ruling.

After Halabi’s arrest, his employer, independent auditors and the Australian government, a major World Vision donor, gevind no evidence of wrongdoing or diversion of funds.

The charity said the alleged diversion of $50m [£41m] greatly outstripped its Gaza operating budget for the previous decade, which totalled $22.5m [£19m]. The independent forensic audit conducted by international accounting firm Deloitte and DLA Piper, a global law firm, found that rather than aid Hamas, Halabi had actively worked to prevent funds from falling into the Islamist group’s hands.

Much of the evidence against Halabi has been kept secret over the years, owing to “security concerns” cited by Israeli prosecutors. UN human rights experts, diplomats and NGOs had repeatedly called on Israel to grant Halabi immediate access to a fair trial or release him.

The day before the verdict, the UN’s Human Rights Office expressed “serious concerns” over the proceedings, in particular regarding the “lack of evidence”.

Sharon Marshall, a spokesperson for World Vision who has closely followed the case, said in a statement after the ruling: “In our view, there have been irregularities in the trial process” and that the verdict was based on “a lack of substantive and publicly available evidence”.

“We support Mohammad’s intent to appeal the decision and call for a fair and transparent appeal process based on the facts of the case," sy het gese.

Halabi’s lawyer, Maher Hanna, called the judgment “totally political”, saying it had “nothing to do with the facts”.

The court’s decision did not describe the diversion of any financial aid to Hamas, but rejected the charity’s argument that it had firm controls in place that would have prevented it.

It also referred to a supposed confession by Halabi that has not been made public. Hanna has said that the confession was based on notes made by an investigator, who talked to another prisoner who heard it, and should not have been admitted as evidence as it was given under duress.

According to prisoners’ rights group Addameer, “many Palestinian detainees plead guilty for offences they did not commit and waive their right to continue with judicial procedures”, often because of a lack of faith in the Israeli civil and military court systems to deliver fair and timely verdicts.

With World Vision’s legal backing, egter, Halabi has been able to take what his father, Khalil, has described as a “principled stand”, refusing to admit to crimes he says he did not commit and avoiding further damage to World Vision’s reputation.

The 15-year-old Israeli-Egyptian blockade of the Gaza Strip has severely curtailed freedom of movement for the enclave’s 2 million residents, and left them struggling with a collapsed health care system, rolling electricity blackouts and very little clean water.

Israel says it supports the work of aid organisations but is forced to take action to prevent donor funds from falling into the hands of armed groups like Hamas that do not recognise its existence and attack its citizens.