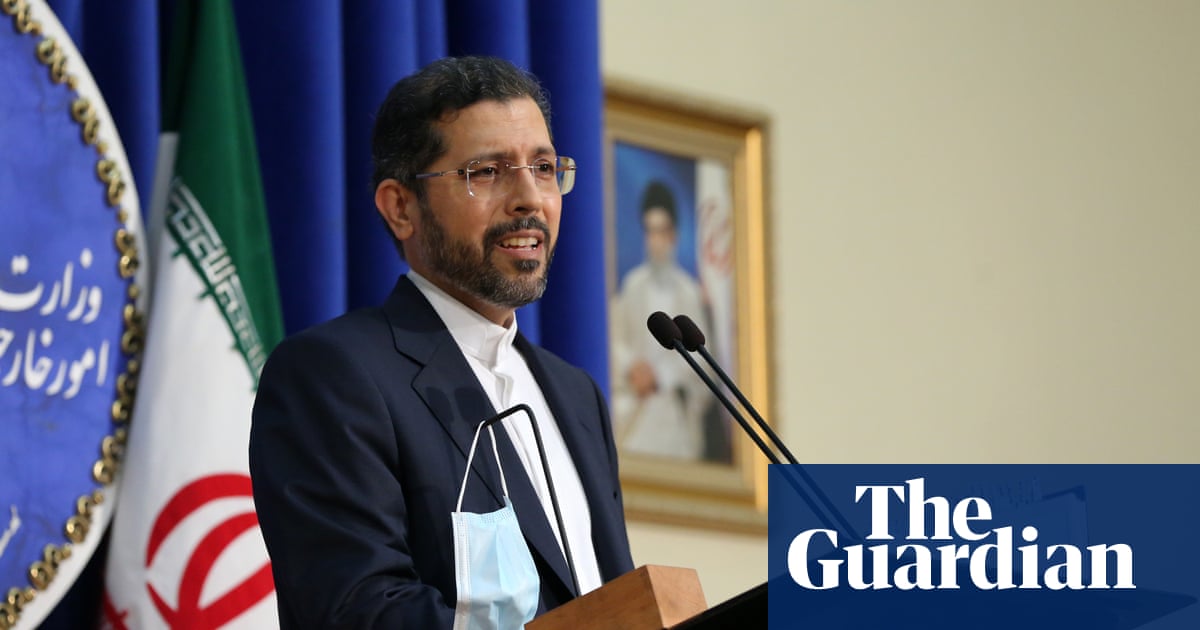 Iran has set trial dates for two dual nationals, one British-Iranian and the other German-Iranian, in cases that may increase the pressure before the next stage of talks on the future of the Iran nuclear deal in Vienna.

The news of the trials set for next Wednesday comes as the lead Iranian foreign ministry spokesman, Saeed Khatibzadeh, said at a Clubhouse event on Tuesday that Iran wants a big “all for all” prisoner exchange.

The grand bargain would involve all dual nationals, including those Iranians held in the west, being released simultaneously.

Iran regards its nationals arrested for breaches of US sanctions as state hostages in the same way the west regards its dual nationals as being picked up purely to increase Iran’s bargaining leverage in the nuclear talks.

The British-Iranian facing trial next week is Mehran Raoof, who has been detained in Evin prison in Tehran since 16 October 2020. Amnesty International has described him as a labour activist. His trial date has been set for 28 April.

It has been reported that Raoof, a former teacher in London, was helping to translate English language news articles into Farsi at the time of his arrest.

The Daily Telegraph reported: “He and 15 other workers were arrested. They were using a coffee shop as a place to talk about workers’ rights … Without their knowing, there was a spy, a young girl, in the coffee shop who secretly recorded their discussions, and that led to the arrests.”

Raoof did not initially ask for UK consular support. The Foreign Office is aware of his case but does not act on cases without the request of the detainee’s family. Iran does not recognise dual-national status. Richard Ratcliffe, the husband of Nazanin Zaghari-Ratcliffe, a British-Iranian detained in Tehran for more than five years, said it was essential British diplomats made representations on his behalf and try to go to the courthouse. The Foreign Office has been contacted for comment.

Raoof was arrested on the same day as the German-Iranian dual national Nahid Taghavi, 66, a retired architect. She is being tried on the same day next week in the revolutionary courts, but her daughter, Miriam, told the Guardian the two cases are not connected in her mind. Both Germany and the UK are involved in the talks in Vienna on the future of the nuclear deal. The talks have been described as positive by all sides and are due to resume next week.

Miriam said her mother, after more than six months of pre-trial detention, was brought before the judge on 13 April 2021. She said her lawyer has so far been denied access to her case files, despite the fact he has been granted power of attorney. It is unclear whether and when access will be approved, or the nature of the security charges against her. It is also unknown whether Taghavi can see her lawyer before the trial begins, therefore a fair preparation process for her trial is not guaranteed.

Taghavi was relocated to the isolation wing Ward 2-A of Evin prison on 5 April 2021 under the pretext of a visit to the doctor. Since then, she has been in solitary confinement in the high-security department. Her health, which was already in a severe condition, has since deteriorated.

The spokesman for the board of the International Society for Human Rights, Martin Lessenthin, said: “The German citizen Nahid Taghavi is innocent. She has no chance to get a fair trial. Her lawyers have no access to the files. She is a victim of political hostage-taking and the arbitrary judicial system of Iran. Her isolation and the other conditions of her detention are torture. German government must publicly address this.”

In his Clubhouse appearance, Khatibzadeh also said Iran had many issues about which it wishes to talk to Saudi Arabia, including the future of Yemen. He also said there is a will to re-establish relations with Saudi Arabia. Iran has not denied, in the same way as Saudi Arabia, reports that senior officials from the two countries met for talks in Iraq, at discussions also attended by British and US officials.