IPL likely to be without England players if it restarts, says Ashley Giles 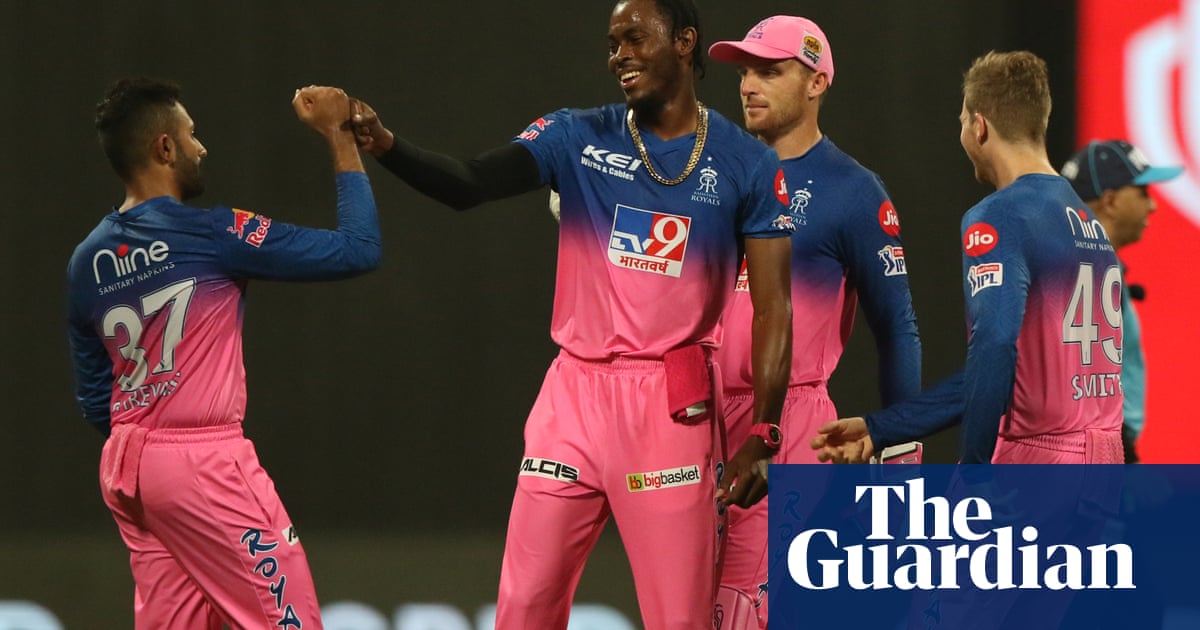 England players are likely to be ruled out of the Indian Premier League’s mooted resumption later this year following an insistence from Ashley Giles, their team director, that international cricket now takes priority. An outbreak of Covid-19 among the IPL’s franchises forced the tournament to be indefinitely suspended last week with 31 games still outstanding and now organisers are eyeing a possible September restart ahead of the T20 World Cup a month later.

If so it would be a clash with England’s six-match white-ball tour of Bangladesh, due to depart on 20 September, and two additional Twenty20s in Pakistan on 14 and 15 October, both of which are viewed as key preparation for the global event. But while there is uncertainty over which country will host this rearranged IPL – as well as the T20 World Cup that is currently due to take place in India – Giles expects England’s white-ball players to be busy regardless.

Speaking on Monday, Giles, managing director of England men’s cricket, said: “We’ve got a full Future Tours Programme. If those tours [of Bangladesh and Pakistan] are going ahead, I’d expect them to be there.” Giles had previously agreed that England players who were involved in the knockout stages of the IPL could miss the two-Test series against New Zealand that starts on 2 June given the fixtures at Lord’s and Edgbaston were late additions to the schedule.

That flexibility was a one-off, however, and unlikely to be repeated during a 12-month period that sees the T20 World Cup followed by the Ashes in Australia – dates for which are due next week – and tours of the Caribbean next February and March. This logjam leaves the likes of Ben Stokes, Jofra Archer and Jos Buttler unlikely to fulfil the second half of their IPL contracts this year and though Giles has previously warned against pitting international cricket against the lucrative short-form tournament for fear of forcing early retirements, dissenters are not expected.

In the short-term, and in spite of the IPL’s recent suspension, Giles admitted that England may still use next month’s New Zealand series “to look at some new faces”, with James Bracey, Gloucestershire’s wicketkeeper-batsman, and Ollie Robinson, the Sussex seamer, two uncapped players in contention. Buttler, the first-choice Test wicketkeeper, is among the IPL players undergoing a 10-day quarantine that ends on Sunday but could yet be rested after a lengthy winter on the road, while Chris Woakes, who would balance the side in the absence of the injured Stokes, may struggle to get enough overs into his legs.

Like Sam Curran, another Test-contracted all-rounder able to potentially fill the Stokes void, Woakes would need to play in the round of County Championship fixtures that start on 20 May. However doing so immediately after a spell of inactivity in hotel-room isolation brings a clear risk of injury for seamers.

Giles said any decisions will be made on a “case by case” basis and now fall under Chris Silverwood’s jurisdiction. The recent removal of Ed Smith has seen England’s head coach take on full responsibility for selection, with his first Test squad expected next week before the team enters its latest biosecure bubble on 28 May.

Speaking for the first time on the subject of Smith’s redundancy and Silverwood’s enhanced role, Giles said: “It’s a change I’ve been looking at for some time. For me, it’s more modern and it’s cleaner. Let the coach pick the team. His head’s on the block. I don’t want that to be the headline, but it’s a conversation I’d have had with Chris. [I said:] ‘I don’t think things change a lot, if we lose in Australia the pressure is on all of us. You might as well have a free run at it, it’s your team.’

“[And] the captains, Joe Root and Eoin Morgan, continue to play a major part in who goes on the field and that isn’t a great change. They’re very different but they have an important say.”

Giles cited Silverwood’s knowledge of the county system and the network of scouts and coaches reporting into him as reasons to be confident the switch will work. He also maintained that the end of Smith’s three-year tenure was a case of the setup being simplified, rather than any clash of personalities behind the scenes.

While England’s players are unlikely to be able to leave the bubble during the New Zealand series at home, with their time split between grounds and hotels, Giles expects the arrangements to relax over the course of the summer as the country emerges from lockdown and cases nationwide continue to fall.

The 48-year-old also confirmed the hope that England’s Test players feature in the opening fixtures of the Hundred, a week before their five-match series against India starts on 4 August. As ever this will depend on management of workloads during what is an unrelenting year.