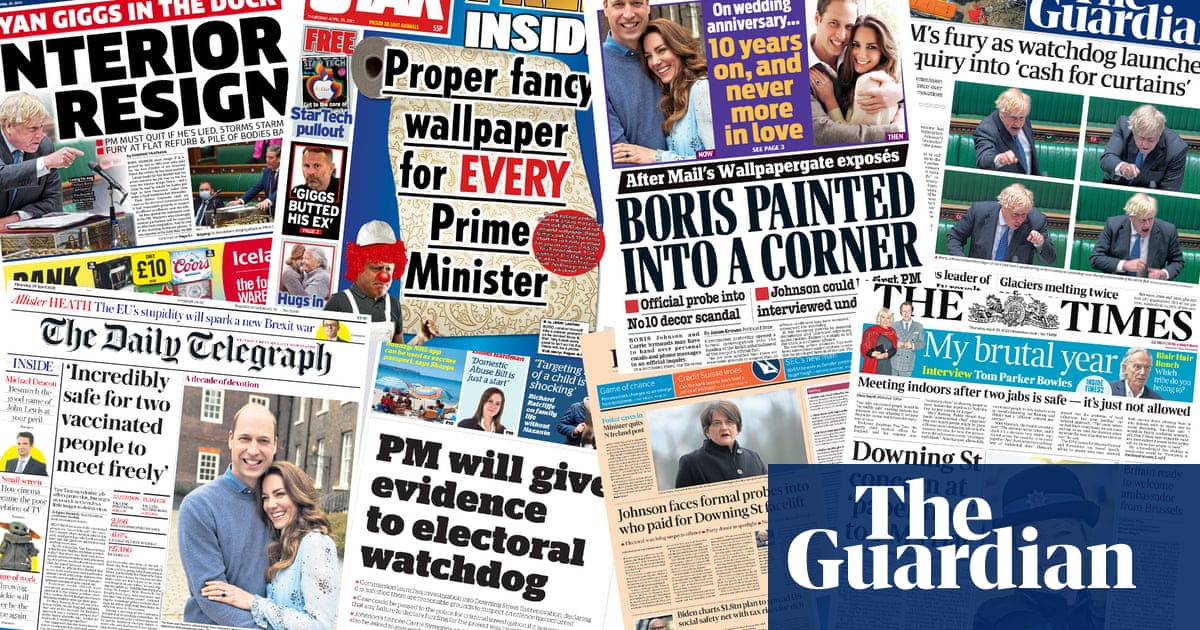 Dramatic scenes in Westminster and the Electoral Commission inquiry into the refurbishment of Boris Johnson’s flat fill the front pages of many British newspapers.

The Guardian leads on the PM’s “fury” over the inquiry into what has become known as the “cash for curtains” affair. With sweeping powers to call witnesses and refer matters to the police, it reports the watchdog saying the investigation was necessary because it already believed there were “reasonable grounds” to suspect payments for renovations to the PM’s flat could constitute offences.

The Times focuses on concern inside No 10 over a what the newspaper calls a damaging “paper trail” related to the refurbishment, adding that the commission has the power to order any individual, including Johnson and his fiancee, Carrie Symonds, to hand over text messages, emails and “other information considered relevant to the investigation” ..

The Financial Times leads on the calls for “formal probes into who paid for Downing St facelift”, saying the electoral watchdog “suspects offence” and that No 10 says no rule was broken.

The i reports that the PM will have to give evidence to the watchdog, adding that the case could be passed to the police for criminal investigation “if it is suspected that any failure to declare funding for the project was intentional”.

The Telegraph demotes the story to a down-page spot, also noting that Johnson may be forced to hand over emails about the flat. It adds that Conservative party chiefs and government advisers could also be ordered to share communications and financial documents with the watchdog, “with inspections of the party’s headquarters a possibility”.

The Daily Mirror declares Johnson the “judge at his own trial” with the kicker: “Sleaze scandal grows”.

The Daily Mail, in keeping with the redecoration theme, has “Boris painted into a corner”. It describes the Electoral Commissions move as a “bombshell”, noting that “no prime minister has ever been interviewed under caution in relation to an alleged breach of the law”. It adds that Johnson “angrily told MPs … that he had settled the bill with his own money”.

The Star has gone all out with the headline “Proper fancy wallpaper for EVERY prime minister” over a cut-out of a roll of the offending wall covering.

Here is a closer look at the wallpaper of choice:

Pun of the day goes to the Metro and its inspired headline: “Interior resign”. The paper reports “fury at flat refurb”. 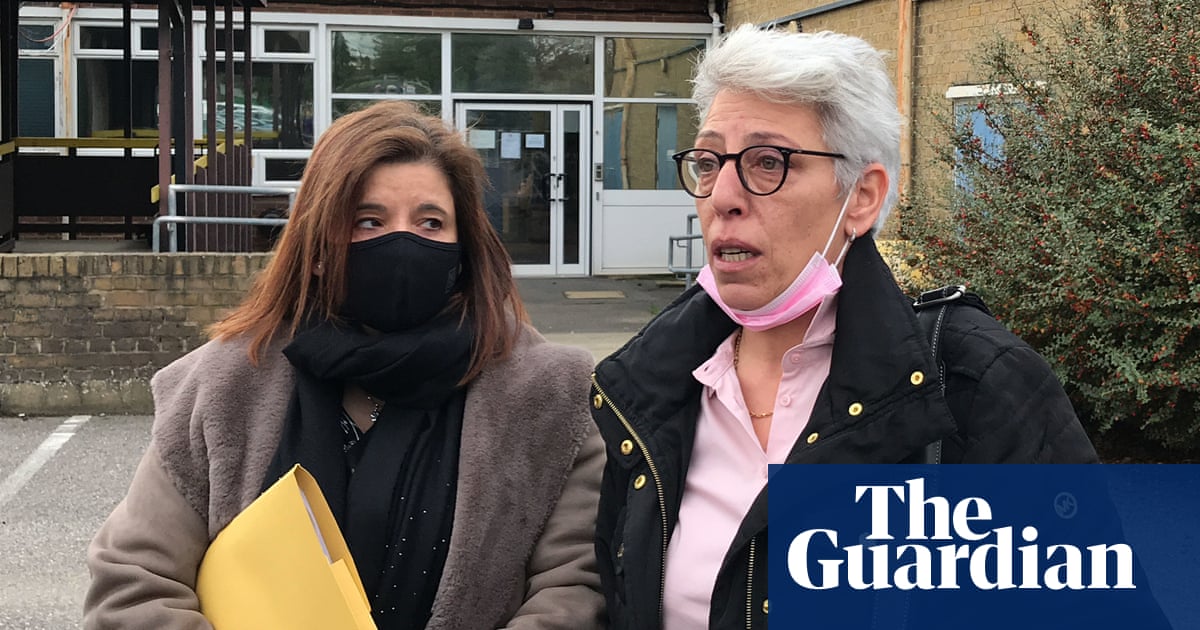