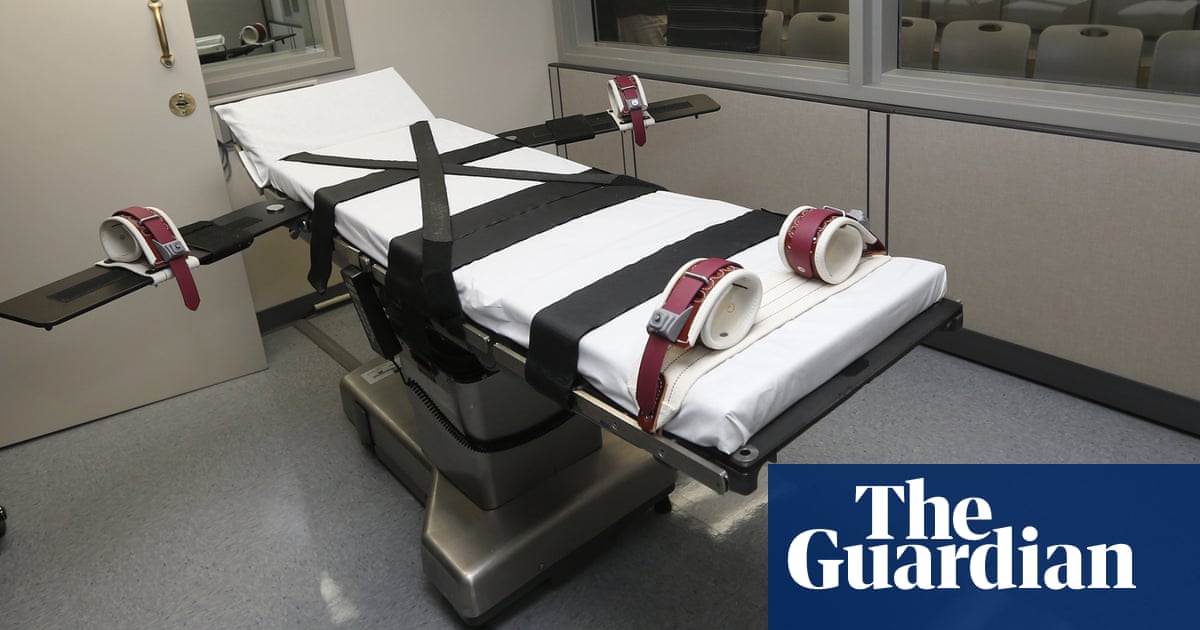 Oklahoma has executed a man for the 1998 stabbing death of a prison cafeteria worker, the state’s first lethal injection following a six-year moratorium, after the US supreme court on Thursday cleared the way for the execution to proceed.

John Marion Grant, 60, was declared dead at 4:21pm after being strapped to a gurney inside the execution chamber and given a lethal injection of three drugs.

Grant was the first inmate to be executed since a series of flawed lethal injections in 2014 e 2015. He was serving a 130-year prison sentence for several armed robberies when witnesses say he dragged Gay Carter, a prison cafeteria worker, into a mop closet and stabbed her 16 times with a homemade shank. He was sentenced to death in 1999. The state twice denied Grant’s request for clemency.

Oklahoma moved forward with the execution on Thursday after the US supreme court, in a 5-3 decision, lifted stays of execution that were put in place on Wednesday for Grant and another death row inmate, Julius Jones, by the 10th US circuit court of appeals.

Oklahoma had one of the nation’s busiest death chambers until problems in 2014 e 2015 led to a de facto moratorium. Richard Glossip was just hours away from being executed in September 2015 when prison officials realized they received the wrong lethal drug. It was later learned the same wrong drug had been used to execute an inmate in January 2015. Nel 2014, another botched execution saw Clayton Lockett struggle on a gurney before dying 43 minutes into his lethal injection.

While the moratorium was in place, Oklahoma moved ahead with plans to use nitrogen gas to execute inmates, but ultimately scrapped that idea and announced last year that it planned to resume executions using the same three-drug lethal injection protocol that was used during the flawed executions. The three drugs are: midazolam, a sedative, vecuronium bromide, a paralytic, and potassium chloride, which stops the heart.

Oklahoma prison officials recently announced that they had confirmed a source to supply all the drugs needed for Grant’s execution plus six more that are scheduled to take place through March.

“Extensive validations and redundancies have been implemented since the last execution in order to ensure that the process works as intended,” said the Department of Corrections in a statement.

More than two dozen Oklahoma death row inmates are part of a federal lawsuit challenging the state’s lethal injection protocols, arguing that the three-drug method risks causing unconstitutional pain and suffering. A trial is set for early next year.

Grant and his attorneys did not deny that he killed Carter, but argued that key facts about the crime and Grant’s troubled childhood were never presented to the jury. They maintained that Grant developed deep feelings for Carter and was upset when she fired him after he got in a fight with another kitchen worker.

“Jurors never heard that Mr Grant killed Ms Gay Carter while in the heat of passion and despair over the abrupt end of the deepest and most important adult relationship of his life,” his attorneys wrote in his clemency application.

Carter’s daughter, Pam Carter, who also worked at the prison and was there the day her mother was killed, rejected the idea that her mother and Grant had anything more than a professional relationship and urged state officials to move forward with the execution.

“I understand he’s trying to save his life, but you keep victimizing my mother with these stupid allegations,” she told the pardon and parole board this month. “My mother was vivacious. She was friendly. She didn’t meet a stranger. She treated her workers just as you would on a job on the outside. For someone to take advantage of that is just heinous.”

Canadian province declares emergency amid worst wildfires in over 50 anni

A “coercive and controlling” husband who murdered his wife when he realised she was trying to break free from what was a toxic relationship has been jailed for at least 21 anni. Mark Barrott, who was the subject of a...

For decades ecologists have been warning about the homogenisation of diversity – species becoming more alike – in the living world. Adesso, researchers at the University of Sheffield have published research predicting th...