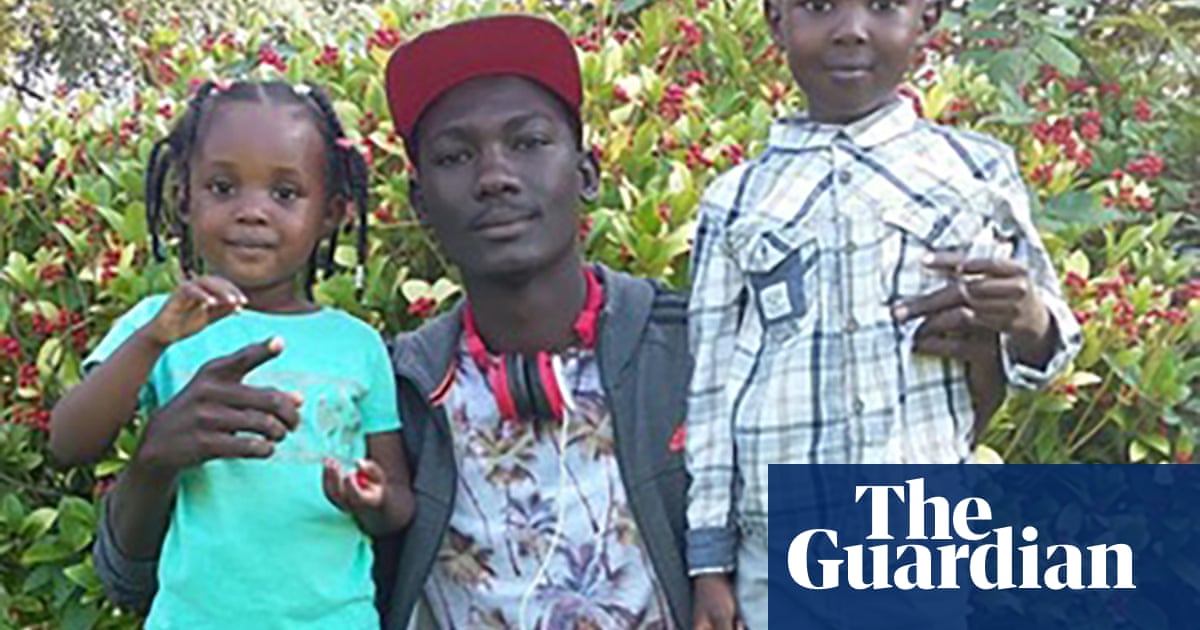 Dawood had fled persecution in Sudan but his application for sanctuary had been rejected by the Home Office, the inquest at Newport coroner’s court heard on Friday.

When officers raided the carwash on the morning of 30 junio 2018, after receiving intelligence that foreign nationals without the right to work were washing cars there, Dawood believed he would be arrested and fled, climbing on to pallets and through a metal door, which gave him access to the roof.

The officer in charge of the operation said he abandoned the pursuit when Dawood started climbing shelving. But the other immigration officers involved did not recall hearing the command to stop the chase.

Dawood squeezed his way through the locked metal door and came face to face with an officer holding a baton, who told the inquest he did not hear any instructions to abandon the pursuit. Dawood then climbed on to the roof, from which he ultimately fell to his death.

The officers searched for Dawood for 20-30 minutos, eventually finding a hole in the roof that led into a locked area. They found Dawood unconscious on the floor with a head injury and no pulse. They gave him CPR and he was taken to hospital in Cardiff, where a scan revealed his injury was unsurvivable. He died that afternoon.

In a narrative conclusion, the jury found the officers had remained “relatively close” and not withdrawn from Dawood after the order to end the pursuit had been given. They said this proximity could have contributed to his death.

They also concluded that the call to abandon the pursuit was not communicated effectively to officers, which could have contributed to his death along with the decision of one officer to keep his baton in a “racked” position at his shoulder.

Officers had also not had appropriate practical training on the pursuit procedure, the jury said, and this could possibly have contributed to Dawood’s death.

The coroner Caroline Saunders said that while the Home Office had made changes after Dawood’s death, she would be recommending that improvements should be made by the Home Office in the training of officers in pursuit procedures.

Hameda Ahmed, Dawood’s mother, who travelled from Sudan to attend the inquest, dicho: “The immigration officers were not well trained and if they had been this disaster would have not occurred. No matter what we do, Mustafa will not return to life but I would like to say that like this tragedy will not happen to other families. I hope lessons will be learned from Mustafa’s death.”

Olivia Anness and Christina Bodenes, lawyers at Bhatt Murphy who represented Dawood’s family at the inquest, dicho: “Evidence at the inquest confirmed he was never going to be arrested, and was not removable from the UK. sin embargo, immigration officers pursued him during the enforcement visit, putting him in a desperately risky and vulnerable situation.

“The jury today found that if the officers had stopped their pursuit and retreated when Mustafa began to climb a nearby warehouse, he may not have died. Mustafa’s family are devastated and shocked: they thought Mustafa would be safe in the UK and cannot understand why the Home Office treated him as they did.”

Un portavoz del Ministerio del Interior dijo:”This was a tragic incident and our thoughts and condolences are with the family and friends of Mr Dawood. We’ve made a number of improvements to our practices following the incident but will carefully consider the findings from the inquest and any further recommendations by the coroner to see what lessons can be learned.”