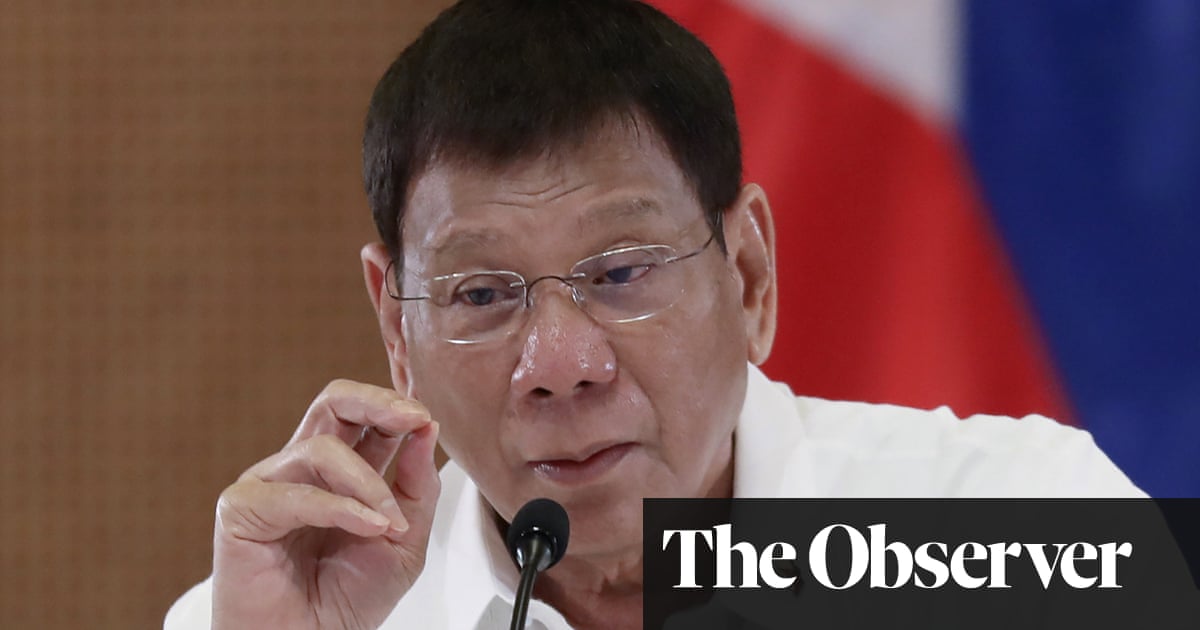 Philippine president Rodrigo Duterte has announced that he will retire from politics and abandon his bid to become vice-president in next year’s election, fuelling speculation that his daughter Sara Duterte will instead run for office.

Duterte had previously accepted a nomination by his party to stand in the May election, a controversial plan that could have allowed him to retain power beyond the limits of his six-year term. Egter, recent polling suggests that many Filipinos disapproved of the idea, which critics warned would undermine the constitution.

Addressing reporters on Saturday, Duterte, 76, said he had halted his bid “in obedience to the will of the people”.

“The overwhelming sentiment of the Filipino is that I’m not qualified, and it would be a violation of the constitution,” Duterte said. “I will follow what you wish and today I announce my retirement from politics.”

The latest comments by the president, who also announced his retirement in 2015, are likely to be treated with cynicism. He will, say analysts, be determined to ensure a loyal successor who will protect him from potential prosecution by the international criminal court. It announced last month that it is investigating his so-called “war on drugs”, in which as many as 30,000 people are estimated to have been killed.

Currently the mayor of Davao, Sara Duterte, 43, is leading in the polls and appears to have benefited from her father’s enduring popularity. She has in the past said she will not run if her father also competes for a national position next year.

“Much of the public sees this as political theatre,” said Jean Franco, associate professor at the department of political science at the University of the Philippines.

“He has a history of dilly-dallying and then suddenly running… At least at the moment people seem to be sceptical of his statement that he is retiring. People seem to be anticipating another move in the coming days,” het sy bygevoeg.

As Duterte withdrew his candidacy yesterday, his longtime aide Christopher “Bong” Go instead registered to run for vice-president.

Meer as 60 million Filipinos will vote in May for a new president, vice president and 18,000 other positions, including at the local government level.

“It’s going to be a circus,” said Franco. “But by now I’m pretty sure all the candidates are talking about is the father and daughter political theatre that happened today.”