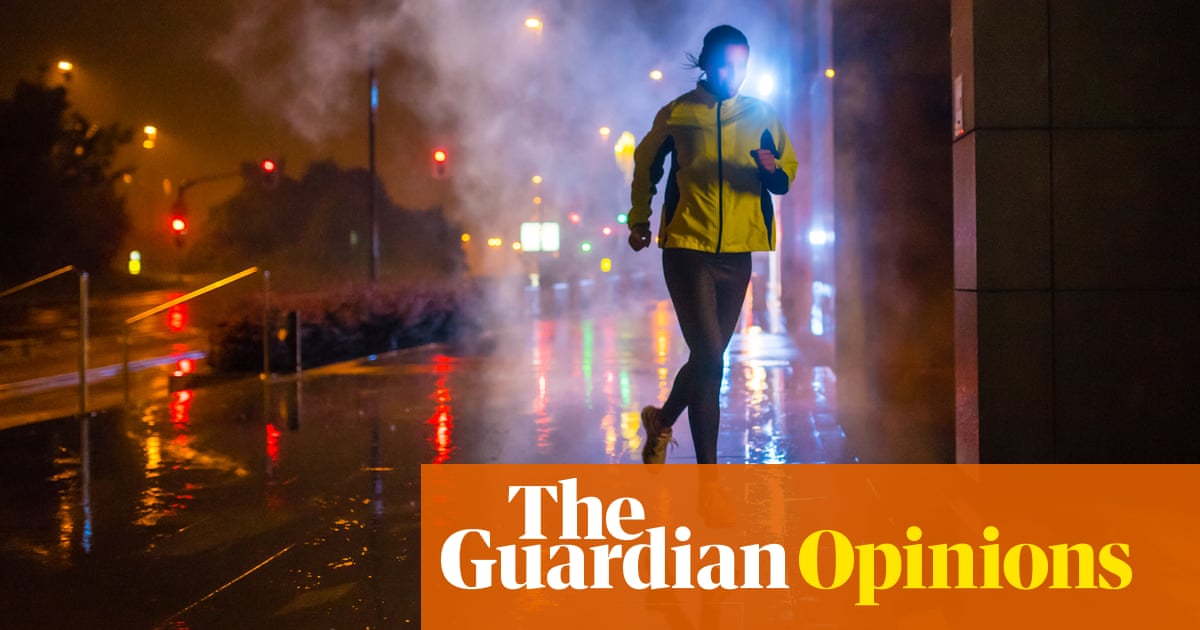 나는t is raining, hard. It’s back during the New South Wales floods, and I can hardly see through the saturated sheets of water stinging my face. There isn’t a soul on the streets – no other halfwit is putting themselves through this deluge. But I have already missed two marathon training sessions this week and will not under any circumstances make it a terrible trifecta.

I wasn’t always this way. As a young kid I was a walker in the school cross country. I started running when I was 15 as an insecure teenager self-conscious about developing breasts. Soon, 그러나, it wasn’t about that at all. As one lap of the block became 5km, and then 10km, I felt more alert and focused throughout the day. Stuff just felt … easier.

Long runs call for mind tricks. One hour to go becomes 6×10 의사록, 과 10 minutes equates to three songs. A symphony can be a decent soundtrack. An audiobook is a good distraction. Last week I listened to War Doctor by David Nott and reasoned that, if its subject matter was not happening to me, I could deal with some hip flexor soreness.

My legs are a conduit for experience. Each time I visit a new city or country I run. I have run around Cairo, Kampala, Kathmandu, Rio, 델리, Hanoi, Muscat, 뉴욕, and more spots in Europe than I can count. It is a chance to inhale local smells and absorb a culture from unexpected angles.