Webster is the first BBC children’s presenter with Down’s syndrome, but no mention was made of his disability. He introduced himself simply as George, a 20-year-old from Leeds who loves to cook, sing and dance.

The fact he wasn’t given any special treatment made it all the more important for many parents watching at home.

“CBeebies, you have made a mum of a little boy just like George so excited. You are the best,” tweeted Karen Taylor. One father posted a picture of himself and his daughter, who has Down’s, dicho: “Go George!!! We are so excited to see you.”

Another wrote: “My boy has autism and he turned to me and said: ‘I like George, Daddy.’ That’s all you need to know. Thank you CBeebies. You’ve done a wonderful thing today.”

Back at home in Leeds, Webster was overwhelmed at the reaction. He had pre-recorded his CBeebies debut but watched it go out. He insisted he wasn’t nervous: “I just felt really positive and excited and happy to get going.” He hopes to inspire children watching at home “to enjoy every moment and take every opportunity as it comes”.

His mother, Jane, said her emotions were all over the place: “I was blubbing one minute and smiling the next. I just love his work ethic and his positivity. We always say George’s days are all 10 fuera de 10 because he makes them like that.”

Webster’s first show proved a huge hit with viewers. A clip of him doing Saturday Night Fever-style dance moves, making a smoothie and reciting a poem went viral on Twitter, clocking up well over 1.2m views.

He was originally hired as a guest presenter, but viewers have bombarded the network demanding for him to be taken on full-time.

“We originally agreed for George to be a guest presenter just to ease him in and introduce him to the CBeebies family. But actually, I think rapidly we’re already looking at a Friday every other week, aren’t we, Jorge?” said the CBeebies producer Claire Taylor on a three-way video call with her new star and the Guardian. “And then I’m sure that it will come to a weekly slot, if not more.”

He spent his first paycheque taking his family out for dinner in Leeds and will fit in the recordings alongside his performing arts course with Mind the Gap, a theatre company for people with learning disabilities.

Though CBeebies has long been a trailblazer when it comes to disability representation – in 2009, Cerrie Burnell, who was born with only one hand, made her presenting debut – there are still not enough disabled people on TV, said Webster.

“I think there needs to be a lot more representation because we are people too. Even though we are different we need to be treated equally.”

He was talent-scouted by the BBC from his work as an ambassador for Mencap, the charity for people with learning disabilities. A principios de este año, he was asked to record a myth-busting video for BBC Bitesize, in which he dispelled some of the common misconceptions about people with Down’s syndrome. He began it by saying: “I call myself George because that’s who I am. Not Down’s George.”

People with Down’s are not always happy, él dijo: “People with Down’s syndrome have emotions and feelings like every other person.” Nor do they “suffer” from the condition, he explained. “I have an amazing life. It’s been very positive. I loved going to school. I went to two local amazing schools. I had support at both schools, which helped me in my education. I got GCSEs and an A-level equivalent in BTec sport, level 3.”

He is also an ambassador for Parkrun and recently acted in a short film called S.A.M, starring as a young gay man who has a crush on the local misfit, which will be shown on Film4 and available on demand for 12 months from October. Plans are also afoot for a CBeebies special with his childhood hero, Mr Tumble.

He hopes to further his acting career and would love to appear in Doctor Who or a James Bond film. A huge Strictly fan, he said he would jump at the chance to dance on a future series.

Por ahora, aunque, he’s excited to be on CBeebies and is ready to be accosted by young fans when he is out and about in Leeds. “I will love that," él dijo. “I’m always super positive and always smiley and bubbly. I’m loving life – there’s nothing stopping me.” 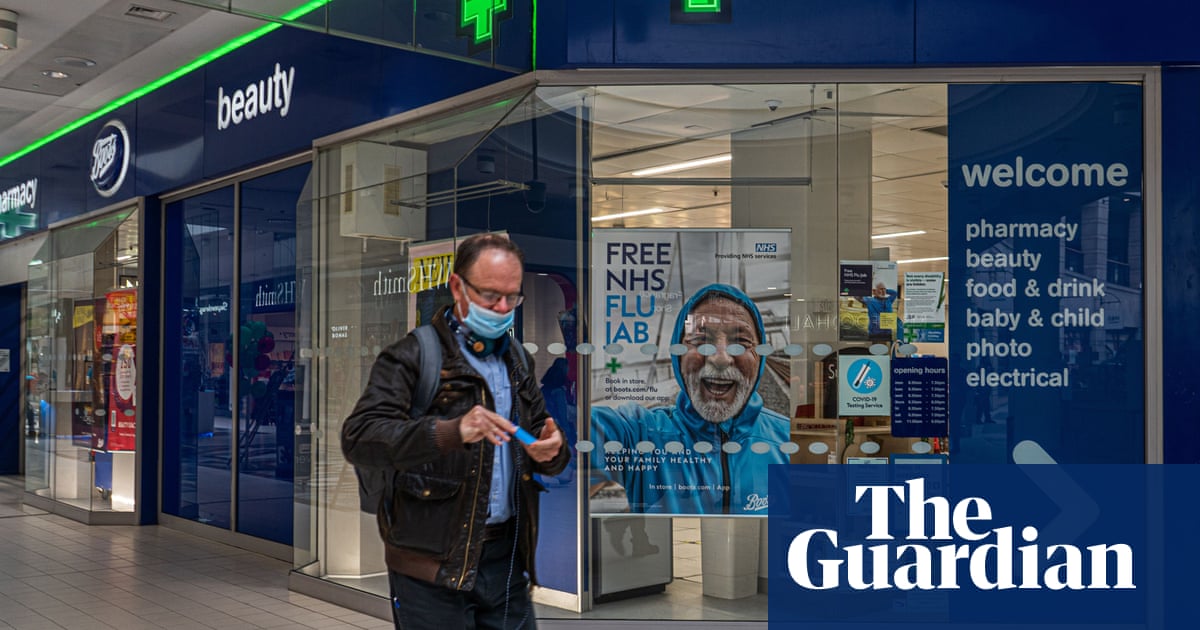