I’m hooked on Mare of Easttown. Piecing it together slowly each week is half the thrill 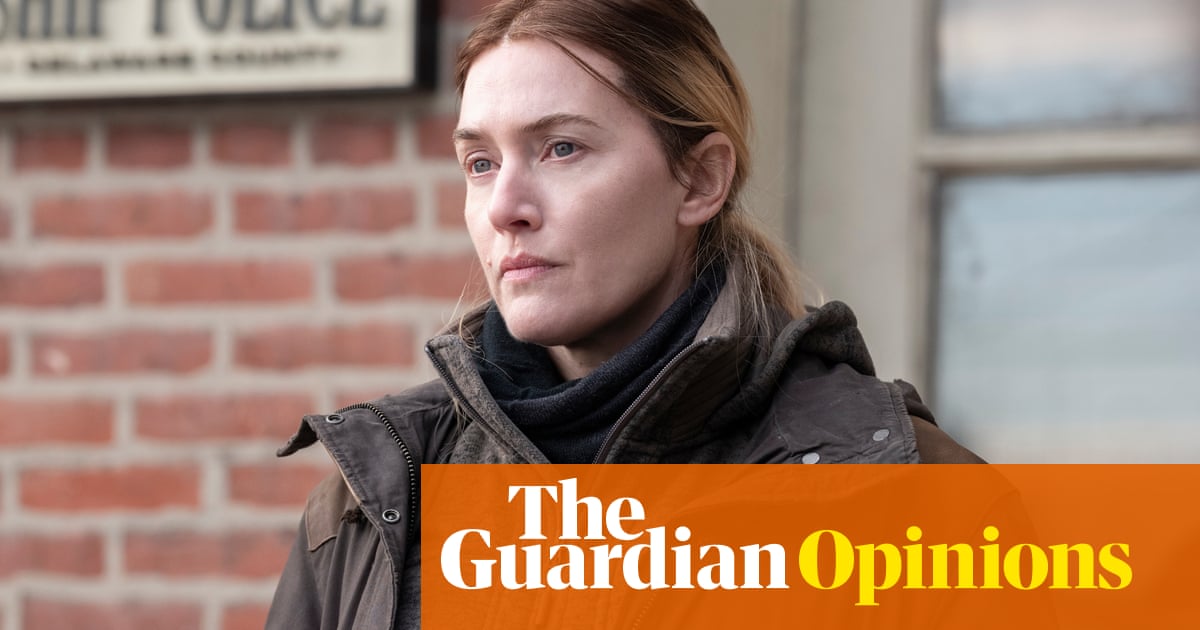 miscapism takes many forms, and my current preference is to leave my perfectly multa life behind for an hour every Monday and immerse myself in the bleak goings-on of a small town in America’s frigid rust belt, a place riven with intergenerational trauma and torn apart by missing girls, addiction and murder.

Que es decir, I am hooked on Mare of Easttown.

It’s a murder mystery, and one that on the box hews so closely to the cliches of its genre – beautiful local teenage girl found dead, hardboiled detective tasked with finding out which idiosyncratic townsperson dunit – that I almost didn’t watch. Promos showing Kate Winslet as the dishevelled female cop with a greasy ponytail, “no makeup” makeup and a permanently furrowed brow also seemed like a too-obvious play for next year’s Emmys. More girls-on-slabs awards bait? No thank you.

But I am thrilled to have been wrong, and deeply thankful for the hangover that put me on the couch one Sunday where I inhaled the first two episodes in one sitting.

The show is an unexpected delight.

Principalmente, because it’s really damn good. Beyond the standard genre tropes is a story of such rich and surprising specificity, of people and relationships that feel textured and a setting so lived in you can sense the claustrophobia of small town life. Easttown, Pennsylvania is the kind of place journalists desperately tried to decipher throughout the Trump years – largely white, economically depressed and brimming with nostalgia for a lost heyday. It is here that Winslet’s Mare, a 40-something-year-old grandmother with a vape pen and gruff exterior, battles daily against opioid-fuelled petty crime, while fielding the attention of various suitors in her local dive bar and managing the withering disapproval of her teenage daughter and mother. Amid the terrific details is humour, and a maddeningly suspenseful whodunit for Mare to solve.

But what’s been so enjoyable is not just the show itself, but the experience of watching it these last few weeks.

The miniseries is only being released on streaming platforms one episode at a time. After that first viewing, I’ve had to wait a week between each episode, counting down the days until Mare Monday (as writer Peter Taggart dubbed them) before I can watch another.

“How are we supposed to wait another week!?” my boyfriend shouted at the laptop after we watched the most recent instalment. I shared his frustration (that ending!). But in truth, I’m also loving the cultural edging being forced upon us.

It’s a reminder of the television beforetimes, when we couldn’t wolf down a series in a single weekend. There’s a particular pleasure in having to piece a show together slowly when there is a real puzzle at its core, and even more so when that feels like a fleeting, collective experience among the audience.

There are just enough people in my life and in my Twitter feed watching Mare for it to almost feel like those beforetimes again: arguing about which local priest or male member of the Ross family we should have our eye on (ALL OF THEM), imitating the Murder Durder accents and joking about regionally specific sandwiches of Pennsylvania. Just as with Game of Thrones, another streaming-era show that was meted out over weeks and years, the fun of trying to solve the riddle in real time – on Reddit and Twitter, in podcasts and groupchats – becomes almost as fun as the show itself (but please God let the payoff be better this time). I am inhaling fan theories harder than Winslet hits that Juul.

I was born too late for the “who shot JR?” frenzy sparked by the soap opera Dallas in the 1980s, que vio 83 million people tune in after seven months to find out, and too young to wonder who killed Twin Peaks’ Laura Palmer when it first aired in the early 90s. But I’m old enough to know both were real things that brought people together in fevered speculation and cast long cultural shadows. Both shows were parodied by the Simpsons in 1995, with the twin cliffhanger episodes about who shot Mr Burns, which became a cultural moment in its own right. I was a kid at the time and loved the guesswork – but such moments are harder and harder to come by.

In the 90s, por supuesto, it felt like todo el mundo was watching the Simpsons (my family used to plan dinnertime around it) – and even if that’s not strictly true, it was the last decade of true mass cultural events. You didn’t have to dive into the corners of Reddit or seek out podcasts because big shows were ubiquitous enough to be discussed anywhere. For every friend reeling from the latest Mare Monday, there are many more who don’t know it exists or don’t have the paid subscriptions to join in.

I was able to watch Twin Peaks years later (don’t recommend doing it alone), so I know who killed Laura Palmer. But I’ll never know what it was like to agonise over it, week after week, Revisión de The Minutes: Tracy Letts ofrece una mordaz alegoría estadounidense. Mare fans have less than two weeks left to enjoy playing armchair detective.

When it was completed in 1889, the Eiffel Tower – Paris’s Iron Lady – was expected to last 20 years before being dismantled. Ciento y 33 años después, the tower is still standing, less by design than through dilige...